“Why am I doing this?” I asked myself. @derryfa and I were sitting on the roadside, staring at seemingly endless climb under scorching sun ahead—our only way back home. Our legs seemed to refuse to cooperate already—so did our spirit.

The trip was indeed something different than I usually do—a strict quest of distance and time instead of view and general pleasure. It started with @edmundjeds’ invitation to join him to ride along Bandung 300 km Audax in the mid of the month—something both @derryfa and I were unsure to accept, since I knew what such a long ride entails; my last year’s 200 km ride to Pangandaran proved to be a torture, despite the fact that I was already familiar with 100km++ ride.

I plotted the route, and the idea grew into a full-fledged plan.

Sunday began with an early light rain. The sky was still black, and the air was noticeably humid, when I walked my bike out of the garage. We met at a nearby convenience store to stock supplies, but it was still closed. Waiting for it to open was not an option; soon we rode to the south, then to the east, with brisk-yet-sustained pace—after all, we’d got time to catch. The cut off time for 200k audax is 13.5 hours; I set the schedule for us to finish in 12 hours.

The sky was hazy, and sun looked almost like the moon, when we reached the first opened convenience store in Majalaya an hour later. After a quick supply, we headed north. We were faced with our first climb past Cicalengka; it was here the gap between @derryfa and I lengthened—he was a stronger climber indeed! Downhill across Cadas Pangeran to Sumedang, I asked him to lead the way once again—I was a more confident descender, but I couldn’t risk leaving him too far behind, just in case something came up. Riding buddies should cover each other’s back! 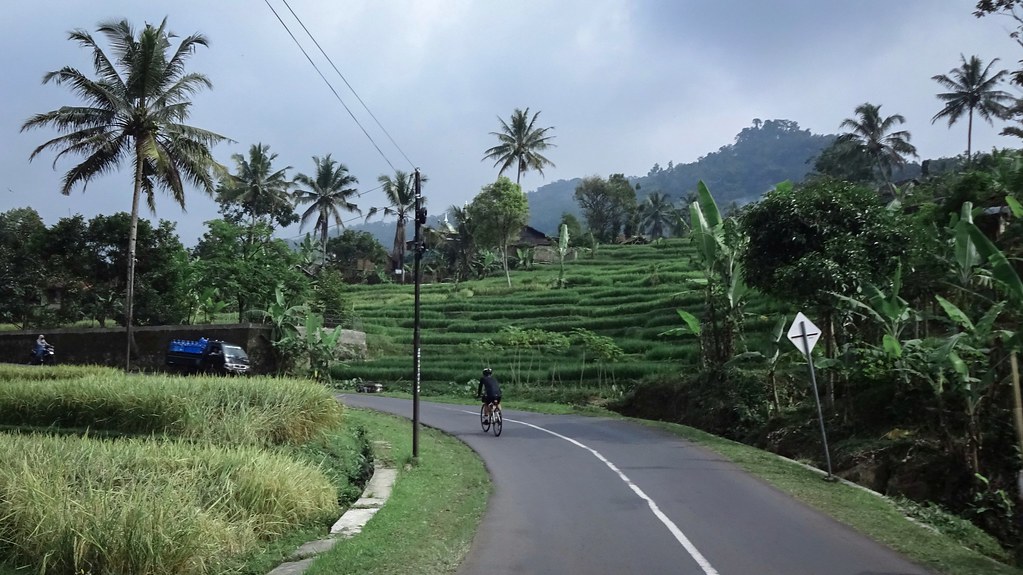 We made a short stop for Tahu Sumedang, thinking that we were half an hour ahead. From there, the road got past Cisumdawu Toll Road project before turning uphill—The 10 km Rancakalong Climb is the longest along the route. By then, the haze had turned into dark clouds lingering on the horizon, and I was caught in the middle: it kept the temperature cool, but threatened us with the possibility of dry season’s unexpected rain. Thankfully the threat didn’t materialize, and before we knew it, we reached the end of the climb! I flew down the mountainslope twisty descent full of joy, though had to keep my speed in check to make sure I didn’t leave my buddy too far behind. We had tackled the worst of the climb, and it wasn’t as hard as I expected!

“No, there are worse climbs ahead,” @derryfa told me. He had already ridden the route before, but I wasn’t convinced.

As we descended further to the west, the dark clouds broke and the sun shone brightly. Just as it got hotter, I finally understood what my buddy had told me before; the rolling terrain featured repetitive short but steep climbs, which quickly drained us—especially under the heat of the sun. We slowed down and struggled our way up to Cagak, where once again we made a stop at a convenience store to resupply, and at nearby eatery to have a lunch: a fresh coconut was a perfect companion for Sate Maranggi, a well-known cuisine in the region. It was here I realized that we weren’t half an hour ahead of schedule; we were actually half an hour behind schedule all this time.

“Let’s hope it got cooler when we’re finished,” I told him. That hope, unfortunately, didn’t happen. 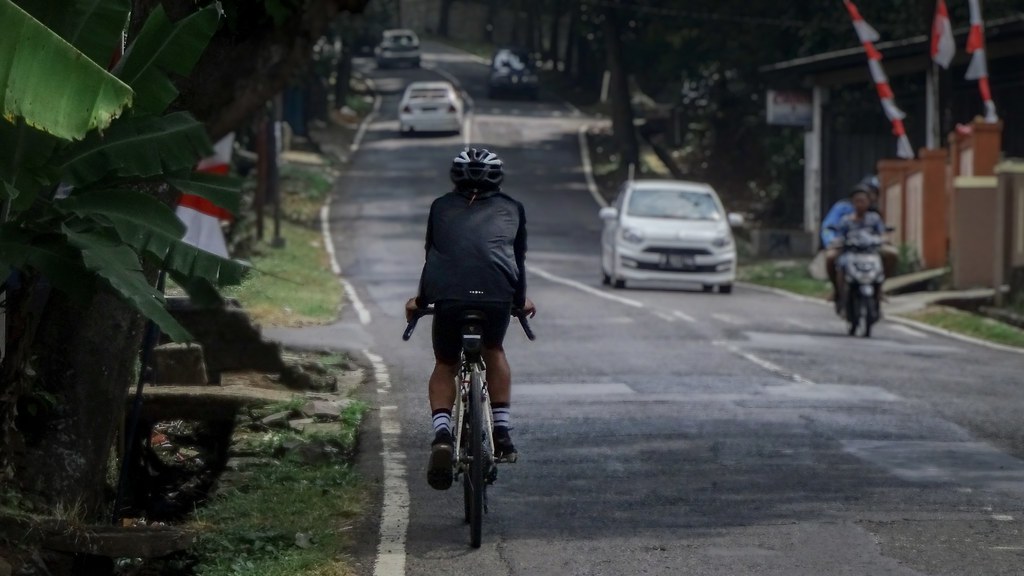 When we continued our ride, it became clear that the scorching sun wasn’t our only challenge; the rolling profile was even deeper and steeper, and the climb was unbearable even in largest sprocket. In one particular climb @derryfa made a stop because he had stomach upset, and just shortly after, it was me who asked to make a stop to gulp down the drink from my bidon. The repetitive cycles of climb and descend drained us that at one particular long climb, @derryfa was approximately 30 m ahead of me, and I decided I’d make a stop even without him; almost instantly, as if we were connected telepathically, he pulled over, his face was full of agony.

So there we were, sitting on the roadside, staring at seemingly endless climb under scorching sun ahead, wondering why we were doing it. Both our body and our spirit were at their lowest point. If only my wife can drive, I’d ask her to pick us up. But there was no one to save us; our only way back home, was to go forward nonetheless.

And it was exactly what we did.

Uphill, @derryfa charged forward, while I grind my way behind; downhill, I didn’t hold back and leave my buddy behind—my only wish was to finish those climbs as soon as possible. It was only at the top of last climb before Wanayasa I waited for him, before descending together. Finally, Wanayasa! We raid the convenience store just at the road junction to resupply. Sitting at the front porch, @derryfa ate a banana while I ate a popsicle, and we found that our joy was short-lived. We were two hours behind schedule, and we still had long climbs ahead. By then, making it below the cut-off time was impossible; our only concern was simply to make it back home. 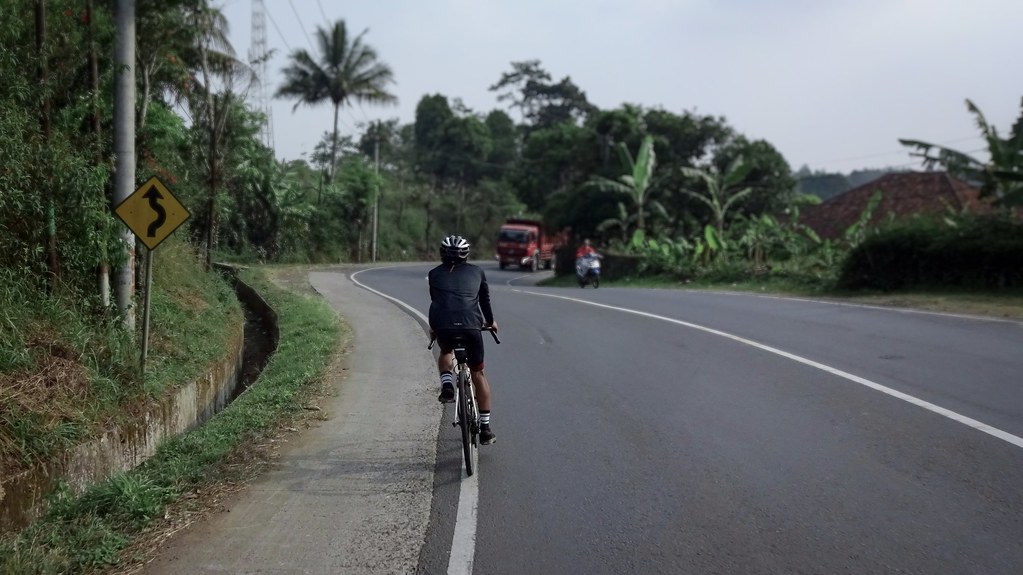 Surprisingly, the rolling, relatively climbing road from Wanayasa was mellow—we rode faster even with less effort, which brought our spirit back. Downhill, I went all out, only stopped to wait for @derryfa before the upcoming climb; uphill, he charged forward so fast that at times he had to stop to allow me to catch up. By the time we reached Padalarang, we managed to recoup 15 minutes from the time gap with the schedule; if we could just recoup another 15 minutes, we could finish in 13.5 hours—exactly at the cut-off time!

There was a short traffic jam in Padalarang, which we managed to get through relatively quickly. By then the sun was setting; just like during my first 200k ride to Pangandaran, I somewhat regained power that I began leaving @derryfa even on mellow climb to Cimahi. On the flat road of Soekarno-Hatta, I even managed to power my bike to go faster than motorbikes and cars, though still had to make stops on successive traffic lights. Just before we made the turn at Parakan Saat, I realized I failed to recoup the needed additional time to finish just under the cut-off time nonetheless. We separated at a junction, and I rode back home with nothing else to lose. I failed to finish the ride under the cut-off time, but having the kids welcomed me on the porch was truly uplifting; so was the fact that, in contrast with my previous 200k ride, I virtually had no pain and aches this time—the Surly Midnight Special had been a perfect riding company, it had done its job exceptionally well.

“Why am I doing this?” once again the question popped out when I got to bed later that night. I remembered sitting on the roadside, staring at the seemingly endless climb, realizing that there was no definite answer; we both just agreed that the whole ride was foolish, that we were not going to do it again. Lying on my bed, I still hadn’t come up with an answer; the last stretch of the ride after Wanayasa, however, had filled up my spirit back to the brim. Thus, instead of falling asleep, I sat up, powered up my laptop, and began scouring the maps for another 200k route to ride… 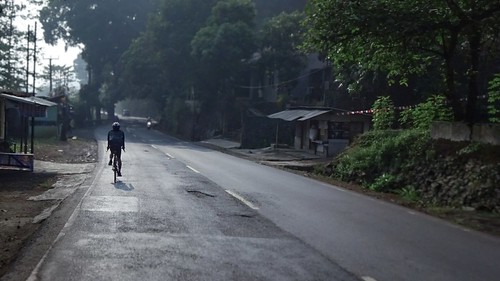 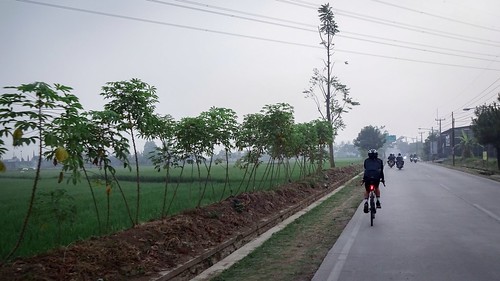 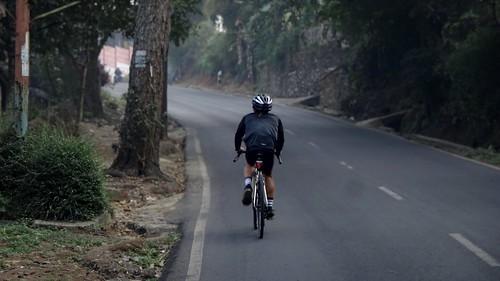 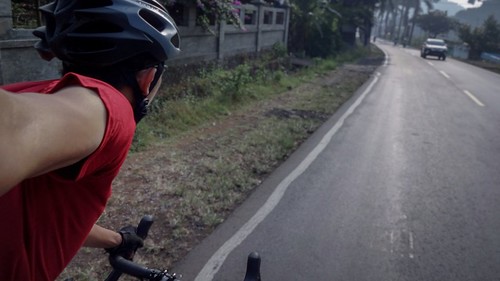 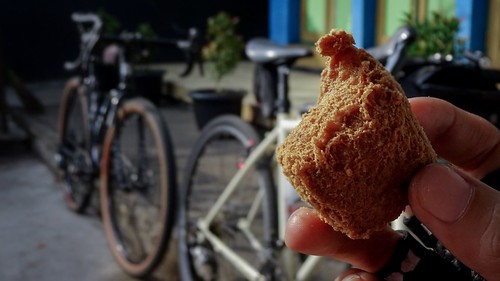 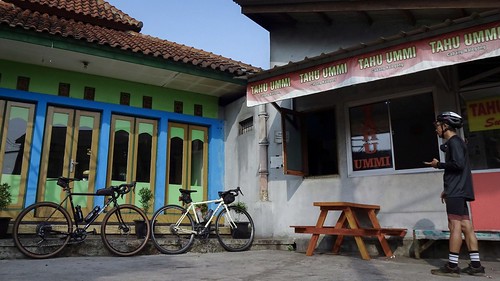 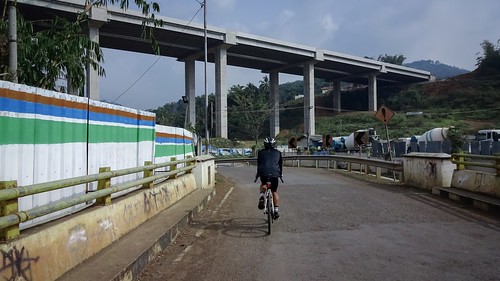 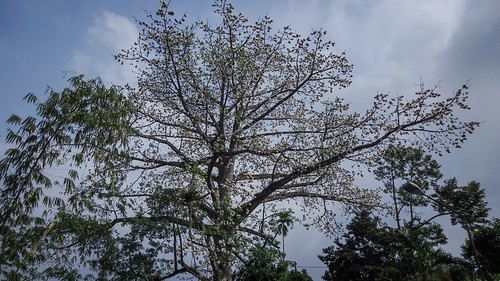 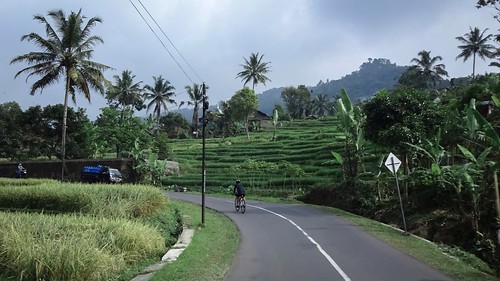 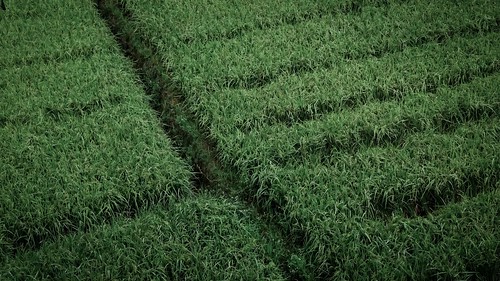 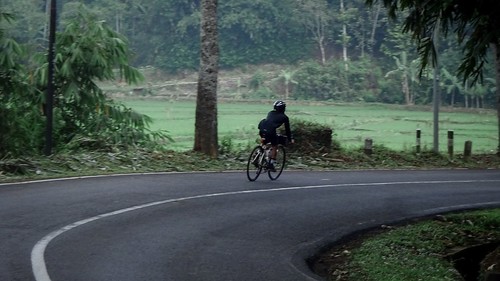 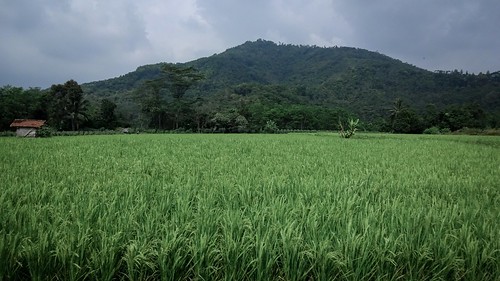 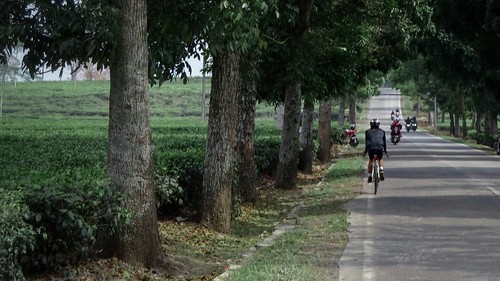 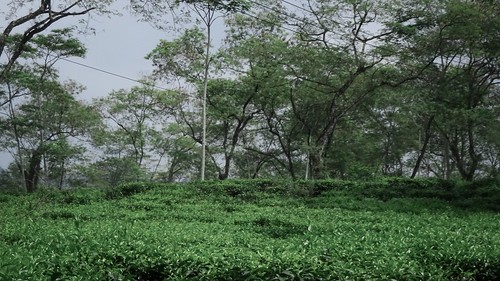 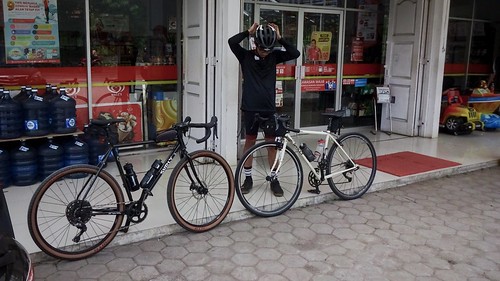 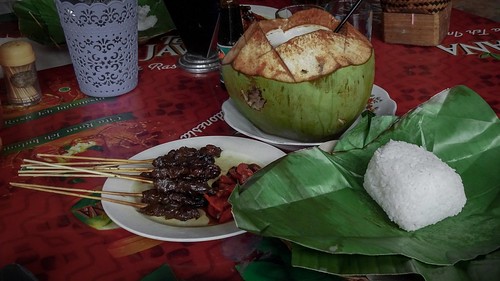 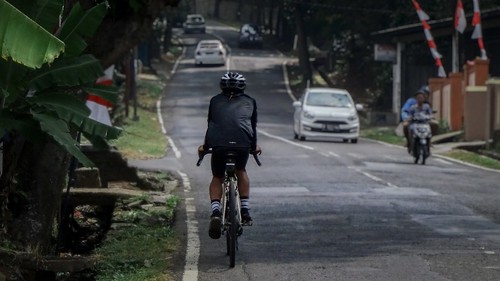 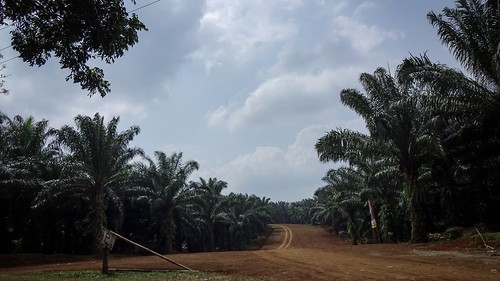 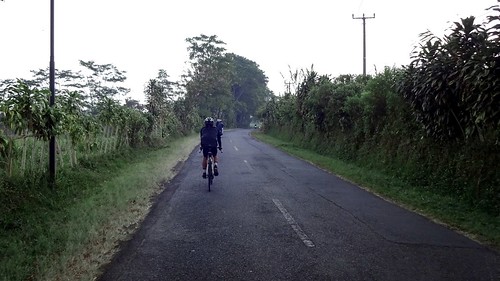 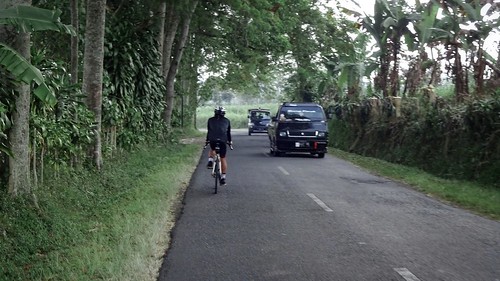 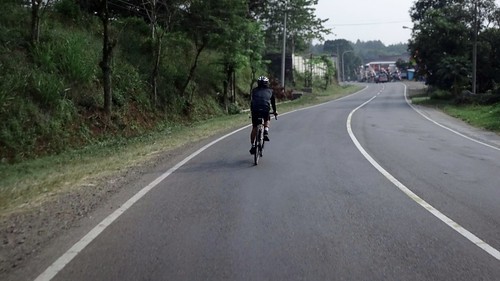 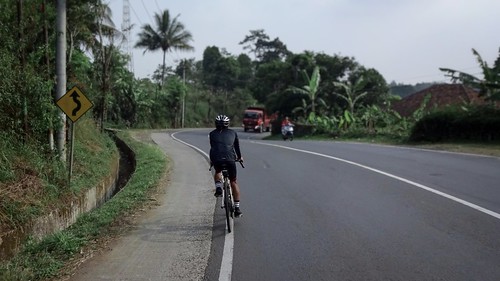 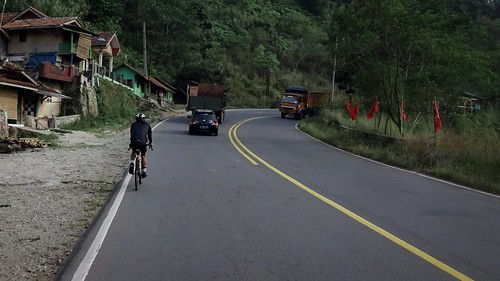 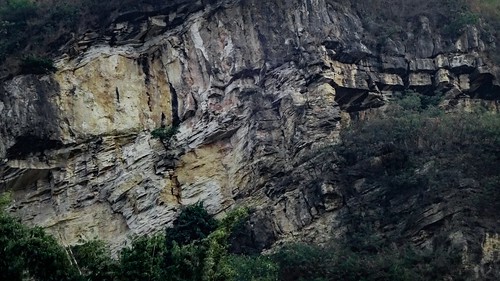