“I might’ve started the day with the wrong foot, but it shouldn’t ruin the whole ride,” I told myself.

There I was, standing in the middle of hilly banana plantation in West Cipada, immersing myself in the view of Mt. Burangrang to the east, and glimpse of infamous Gede-Pangrango twin volcanoes to the west, feeling small and free at the same time. The air was cool, and the sky was cloudy, with a dash of gentle morning sun. After a hard struggle caused by my own foolishness, I could finally take a deliberate deep breath, and put myself at ease.

To be honest, I wasn’t interested to participate in Bandung Outback—the local gravel event hosted by Bikesystem and Satset CC—until numerous fellow cyclists asked me if I was going. I was lucky; just minutes after I signed up, the registration was closed as all available slots were sold out—in less than 12 hours! With 80 km of distance and 1,600 m of elevation gain, I planned to start early, take it really slow, and snap lots of photos of fellow cyclists along the way.

The plan that got thrown out of the window, when I found myself waking up on my bed, an hour and a half after the ride’s starting time from Bikesystem.

As I scrambled my way to catch up, I called Aryo and told him I was going straight to the west instead of starting from Bikesystem. Lower tire pressure dialled for gravel course, stress-induced high heart rate, and zero breakfast, made going fast on the road harder than usual. It was only after I met Irsyad, who was having roadside breakfast with his group just before Cimahi, I eased up a bit; and it was in West Cipada, when the view turned majestic, I finally caught up with more fellow participants.

Of course, West Cipada’s banana plantation was only a small part of the route. From there, the gravel/rural road extends back to the east, so there we continued our ride… 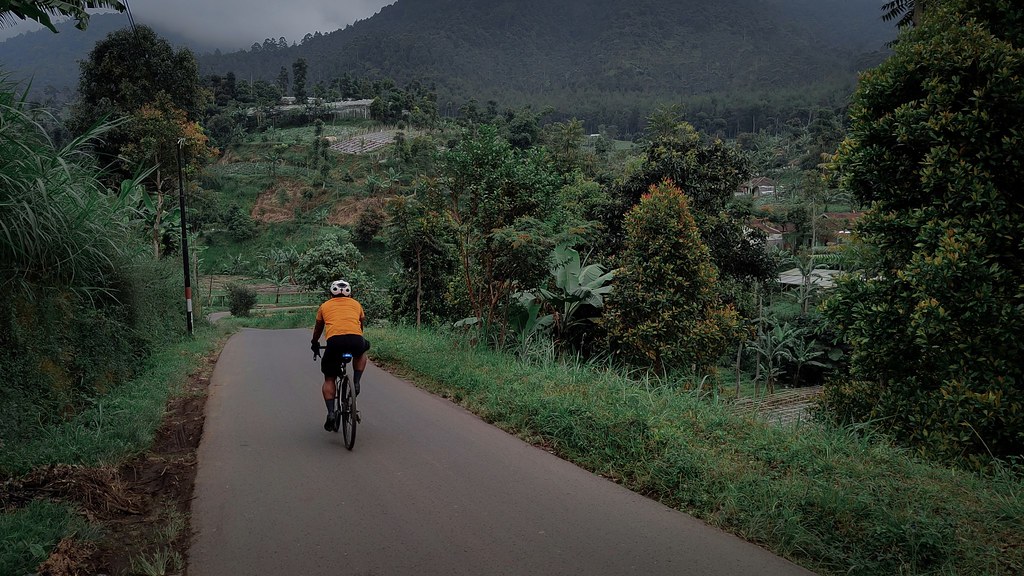 “How many climbs remaining from here?” Kitink asked me. I caught up with him on a roadside convenience store in East Cipada—he was taking it slow with his Gravel Hura-Hura gang.

The ride across Cipada was relatively uneventful. The haze obscured much of beautiful view to surrounding hills, but the moderately rolling terrain featured variety of road surface: concrete, rural pavement, dirt, forest gravel, even rocky road. Despite riding worn, slick WTB Byway, I felt rarely out of depth. There were occasional rear tire slips on short, punchy climbs, but there was nothing out of hands. Perhaps I was being lucky; had it been raining—or wet, at least—I might’ve been struggling.

From what I remembered from previous ride with Subki, there were two steep, challenging climbs ahead. They weren’t easy, but they weren’t particularly long and draining.

After finished our break at the convenience store, I rode along the Gravel Hura-Hura group. Steep descents were followed by equally sharp inclines, and I was struggling; the morning rush to the west began taking its toll on my body. Early on Kitink rode each climb back and forth to record his fellows’ struggle—he made those climbs looked like a doodle! Soon, the group scattered; most of the group members were falling behind me, but Kitink charged ahead, his bright orange tops grew smaller and smaller, before disappearing from my sight. And just before a long steep climb—the one I didn’t anticipate—I found I was riding alone, again. 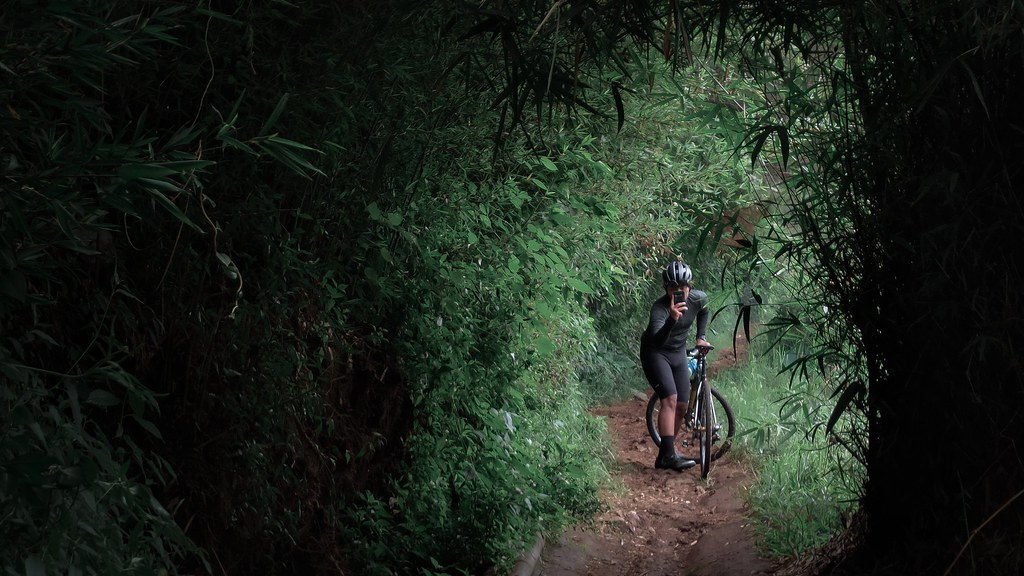 “Come over! Take a break here with us.”

It was Andrei who called me from a roadside warung. I was pushing my bike uphill—avoiding overstraining and tire slipping issues—when I met him, sitting with Gustar and few other cyclists. I decided to join them for a light snack.

From there, the road was still climbing, before turning into a forest dirt road. It was here I found myself struggling with my bike’s road steering and slick tires. To be fair, though, even those with MTB and knobby tires were struggling too here, to a degree. Soon we were out of the woods, and the descending gravel road brought us to Kolonel Masturi main road.

Our struggle hadn’t come to an end, however.

Known as “Wall of Lembang”, the Pasir Wangi climb was our last push before descending back to the city. I didn’t bother, and decided to push my bike right away, despite many tackled the climb successfully. The loose, steep descend at the other end of the climb was equally challenging for me, though; Gustar was flying downhill with his MTB while I was hanging on to my forward-pitching drop bar for dear life…

Reaching Lembang main road, it was a matter of city road detour before we finished at Bikesystem, where Aryo greeted me with big grin. There were variety of proper lunch around, but I decided to treat myself with Bikesystem’s own bowl of recovery smoothies. The freshness, and the special taste, was a perfect way to cool down and recharge at the same time, before riding back home.

Special thanks to Bikesystem and Satset CC for holding the ride event. 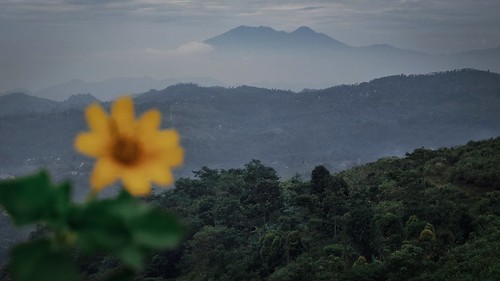 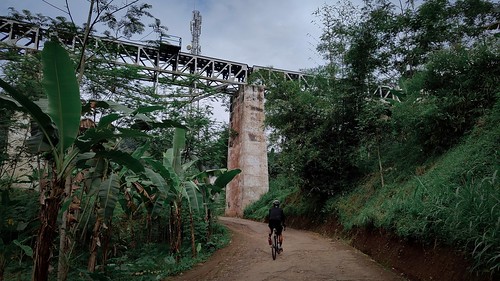 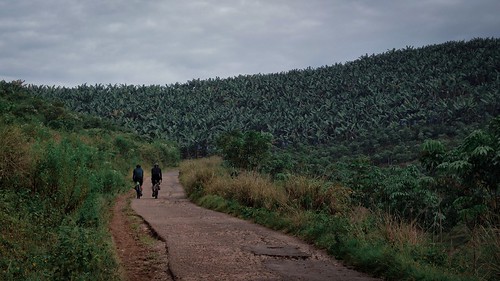 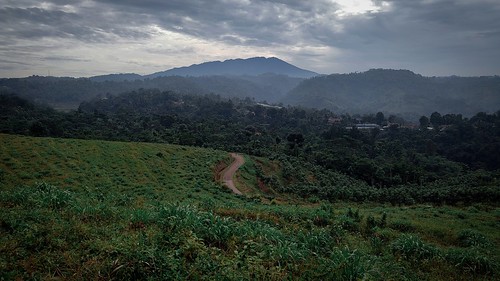 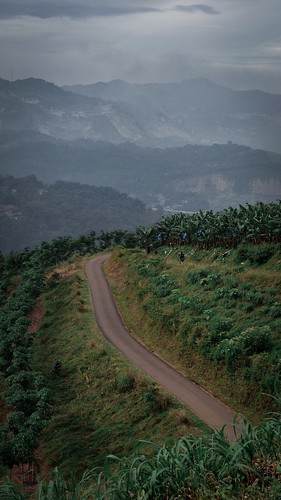 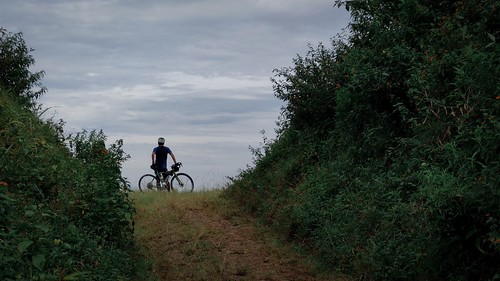 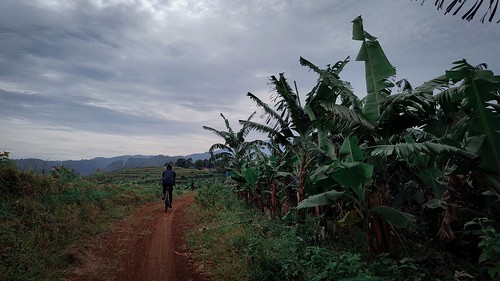 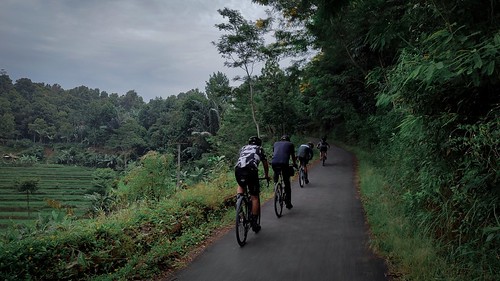 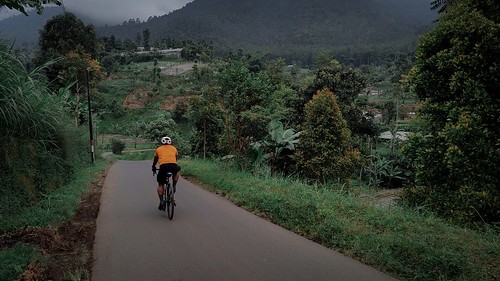 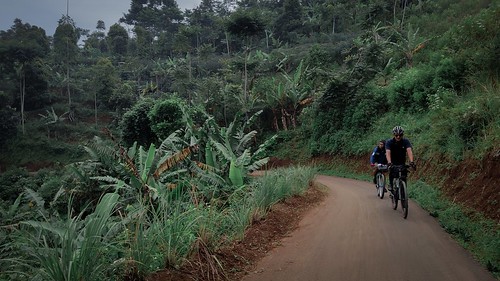 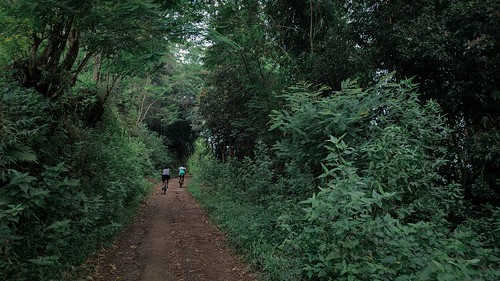 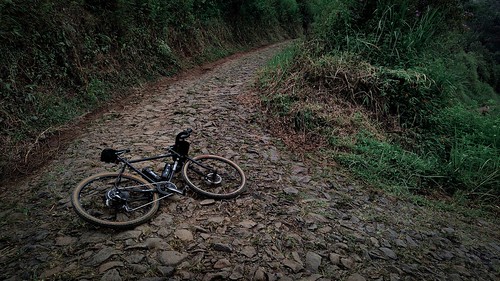 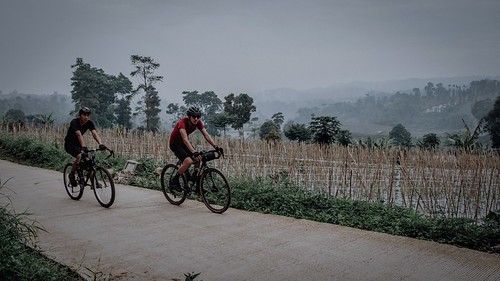 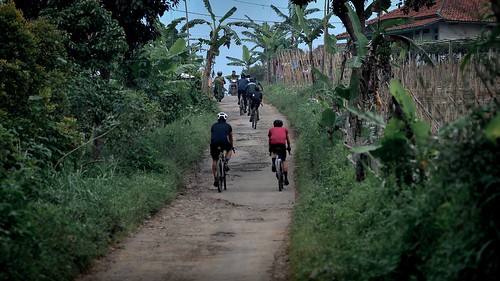 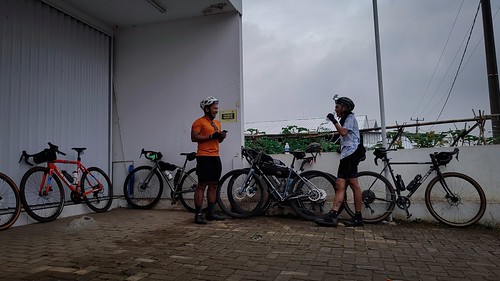 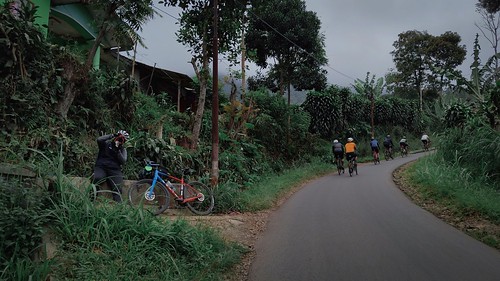 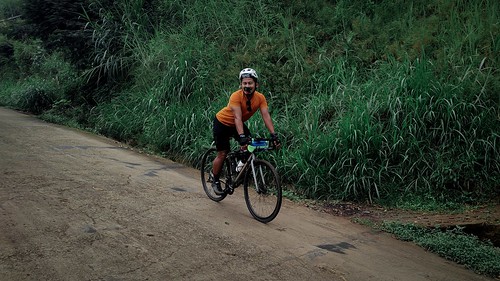 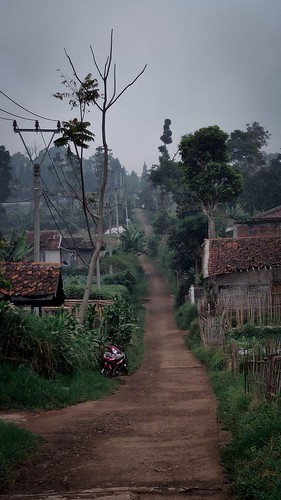 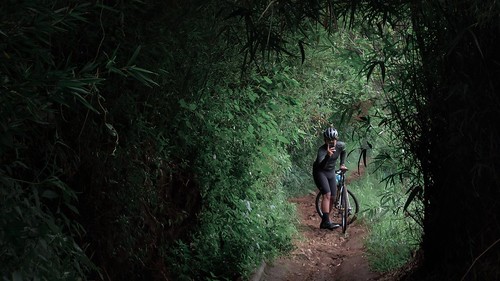 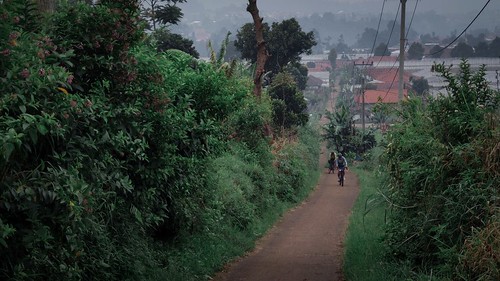 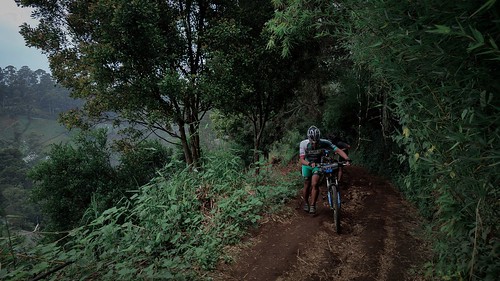 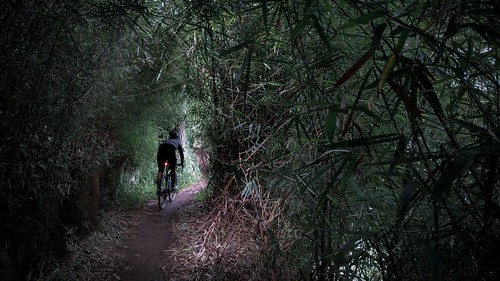 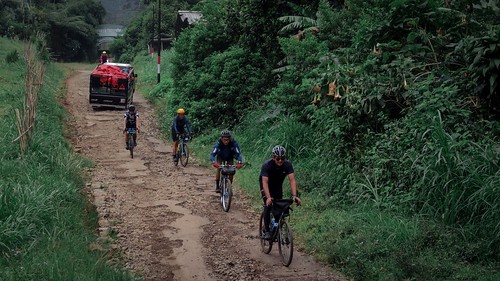 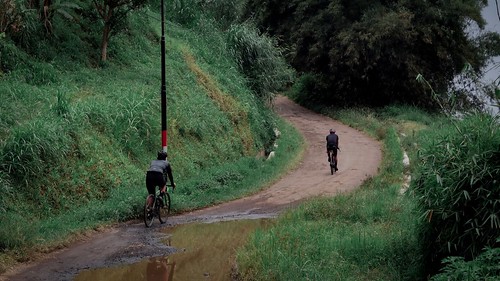 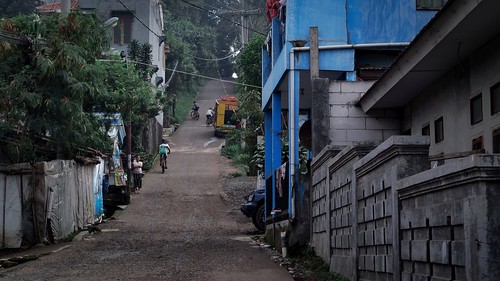 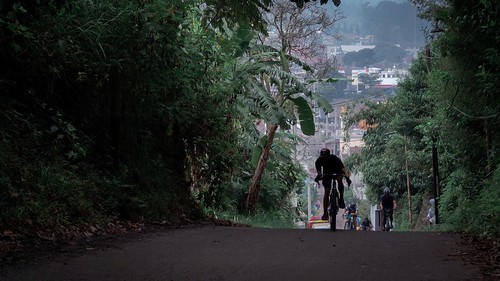 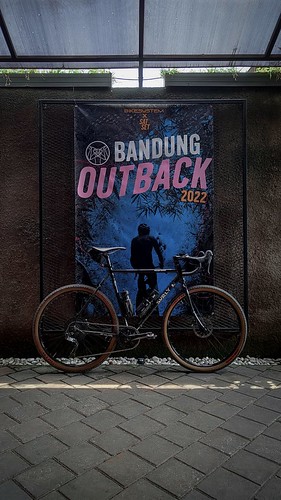 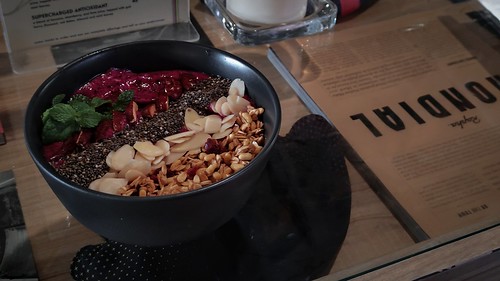