There it was: another hidden gem of Bandung Barat.

I saw it on @fahmyrhamadan’s Instagram Stories for the first time: Gravel road across vast ricefield, grassy meadow next to a beautiful lake view, under gentle sunrise’s warmth—it seemed like a promising cycling playground. Even better, it wasn’t particularly far from home; located next to Saguling dam, it doesn’t involve any steep or prolonged climb, too. I wondered if riding there would be as delightful as it seemed…

Not wanting to miss any opportunities, I left as early as possible—the clock just striked 5.15 when I began hitting the pedals. Speedy pedalling session along the main road to the west was followed by leisure riding across rural broken tarmac. After crossing a wooden bridge through a section of Saguling lake, the road turned to even more broken tarmac across vast ricefield—the puddles of mud here and there gave hint of recent rain in the region, despite it hadn’t rained for days back at home.

Following Google Maps’ route suggestion took me to a small path composed entirely of thick, slick gloop, which was unrideable on WTB Byway I recently installed (review coming soon!)—or on any tire, to be fair. After the struggle to walk the bike through that 1 km stretch, I found out that a detour path was a perfectly rideable gravel track! Fortunately, from there, it was such a lovely track that eventually took me to the lakeside bunker.

The view of pristine lake and surrounding hills, the touch of gentle breeze, the warmth of morning sunlight—standing on dewy grasses, I was lost in soul-fulfilling serenity. The lakeside was indeed a hidden treasure, partly thanks to bad, hard access to motorists. Is it wrong for me to hope that the gravel singletrack will remain as is; to pray that the lakeside bunker will be as unreachable as is; for a long time? Too often, flurry of local tourists mangled otherwise beautiful place with spread of plastic trash. 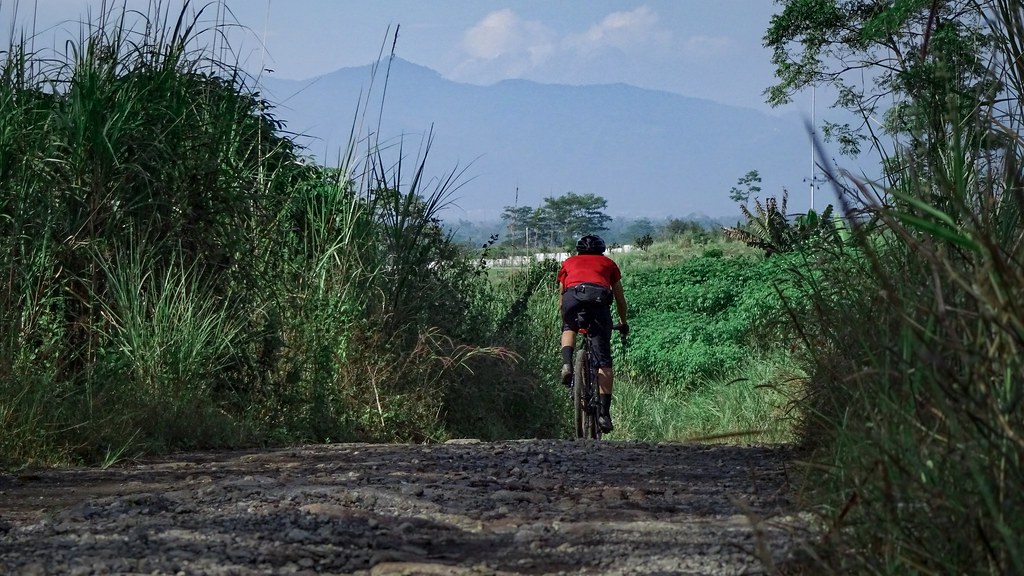 Despite few sections of unrideable gloop, flowing the gravel road to nearby rural main road was delightful—the region is worth revisiting for some gravel grinding fest, particularly in dryer season. Another wooden bridge brought me crossing another section of the lake, where the rural road continued northwest before turned to northern hills.

A surprise awaited up on the hills—a steep, hilly offroad track battered with chunks of crushed limestone and intertwining trenches carved by running rainwater. Coasting downhill and pedalling uphill were a chore, as I had to scan proper line constantly—even almost half the time, especially on steepest parts, it was easier and safer to just walk the bike. Hot, humid air didn’t help either; despite hilly terrain, the overall low altitude of the region means there was no cool mountain air to soften the sun’s blow.

The offroad track ended up in rural road I had ridden in reverse during my Saguling Loop ride. The gravel backroad detour I had skipped before was calling; despite the heat and the fact I had just been battered offroad, I decided to give it a go. It turned out to be a perfect decision; rolling along the mellow gravel road across grassy meadow was a joy, a perfect way to close the day’s gravel fest.

After hours of riding broken rural road, gravel, gloop, and offroad track, the super-smooth, highway-like main road of Kota Baru Parahyangan felt like a blessing, a gift. I could only turn the pedal at leisurely pace, though, as the morning ride and the heat had drained me to a degree, and I still had 30 km of slightly-climbing city road to go. Under the scorching sun, home felt so distant. Yet it only took a turn of pedal at a time, and patience, to make it back there; and that was exactly what I did to finish the journey. 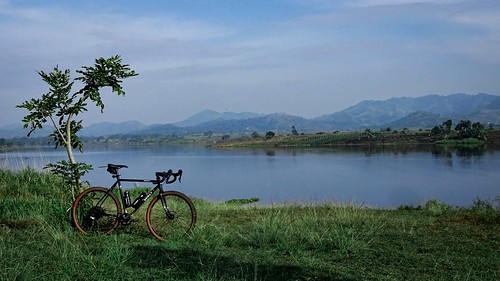 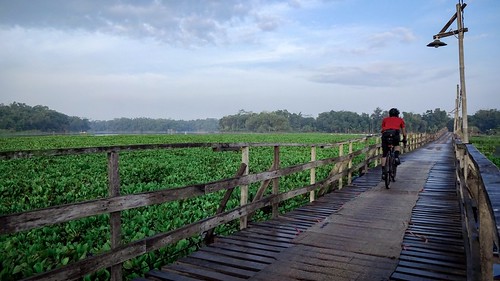 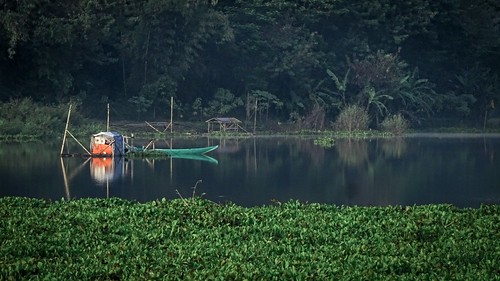 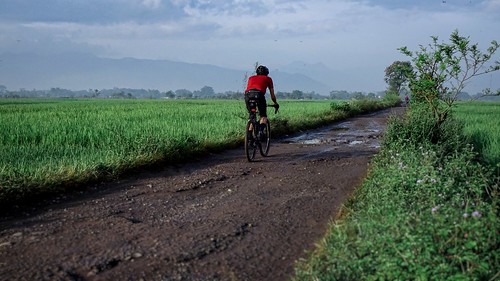 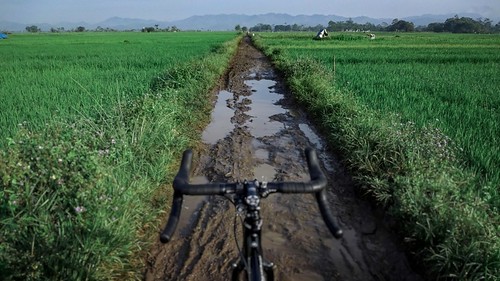 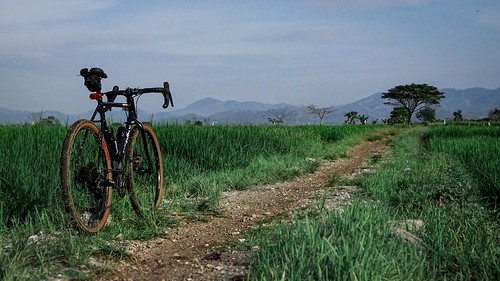 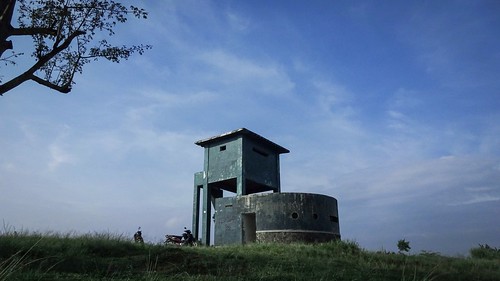 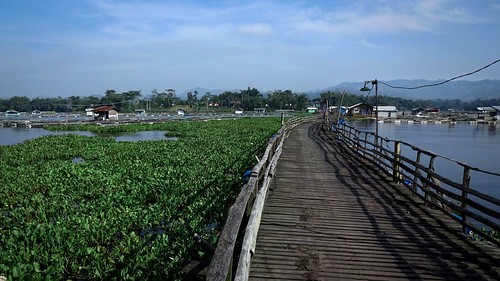 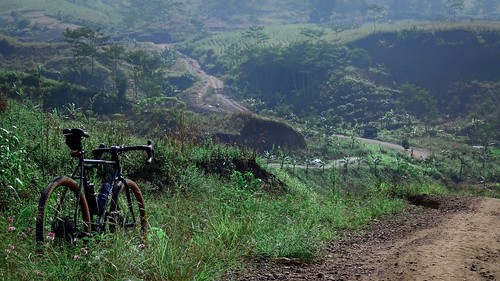 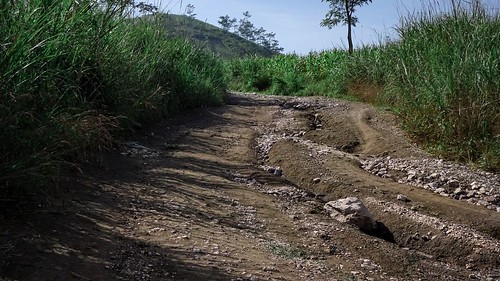 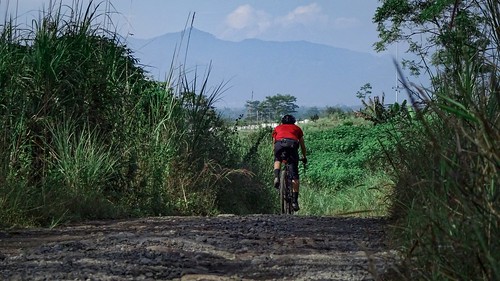 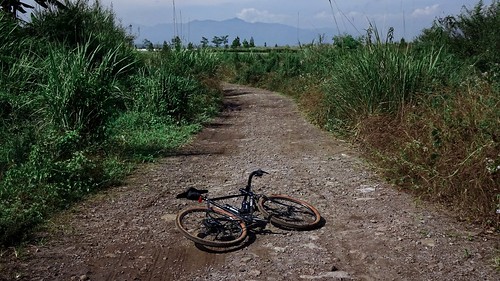 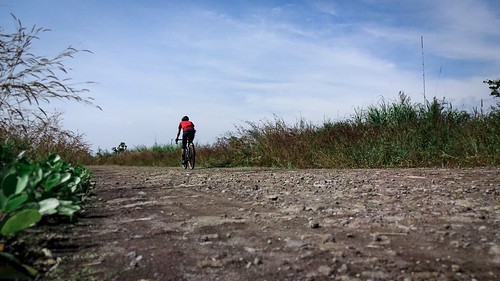 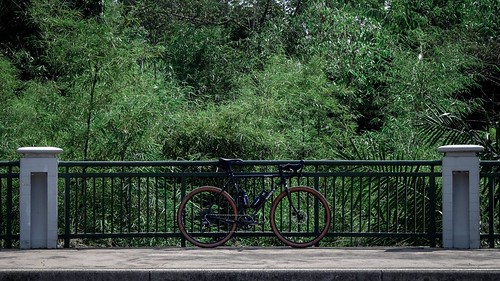