It’s been a while since last time I had such a fun ride.

Sunday, August 2nd of 2020, 5.45 a.m., four cyclists who had never ridden together—or even didn’t know each other before—gathered in Alfamart in Gedebage. It all started with a direct message from @xtoredy asking me to ride with him while he was in Bandung. Once the plan was set, he invited his friend @anggawis to join the ride; likewise, I invited fellow Bandung cyclist @derryfa to join, too. So there we were, four cyclists who had never ridden together, brought together for a Sunday gravel fest.

The ride began with a casual pedalling across vast ricefield to Ciparay, just when the lingering morning mist was fading under the warmth of sunrise—an awe-inspiring view. Soon the road pointed uphill afterward, climbing Mount Malabar’s eastern slope. Being an Ironman athlete, @xtoredy charged forward, but never really left the rest of us far behind; he would make occasional stops to take pictures of us, himself, or simply the view along the road. Even early on, he seemed to enjoy the trip very much; as someone asked to prepare the route, I’m glad I didn’t disappoint. 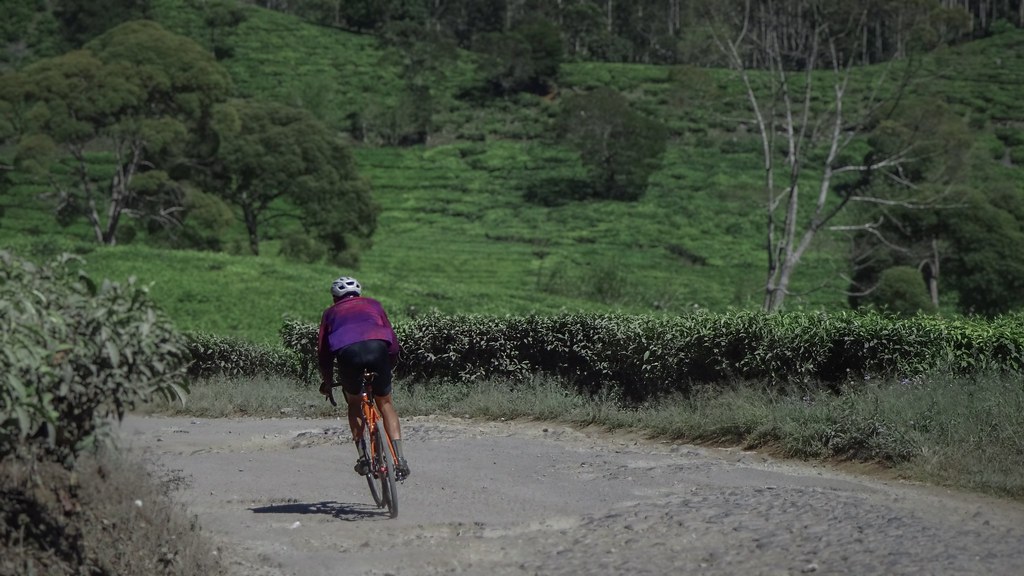 It was when we made a stop on top of the climb—just few hundreds meters past crowd-infested entrance of Situ Cisanti—I learned that @anggawis was relatively new to cycling. Yes we noticed how he lagged behind from time to time, and how he kept asking if the end of the climb is near… yet the fact the he kept up with us was amazing! Fortunately, from there, it was just nice rolling terrain across tea plantation, and we moved in relatively equal, brisk-but-relaxed, pacing, with each of us made occasional stops to take pictures of others…

After good talks over instant noodles and tea on a warung, we decided to cut our route short in Pangalengan—the original plan included Gambung pass to the mix. Indeed it meant less distance and less elevation gain fellow cyclists often bragged about, but they never truly mattered anyway. The ride was fun because of the majestic view, the fresh mountain air, the good talks and good laughs, the humble sensation of flowing the bike across gravel road and through the corners… we had them all, and we lost nothing. Just a touch before 12, we reached Pangalengan and headed back home—flying down the long twisty descend at (almost) full speed was a perfect dessert to end the trip and call it a day.

Special thanks to you guys @xtoredy, @derryfa, and @anggawis, for such a fun, refreshing trip. See you on the next ride! 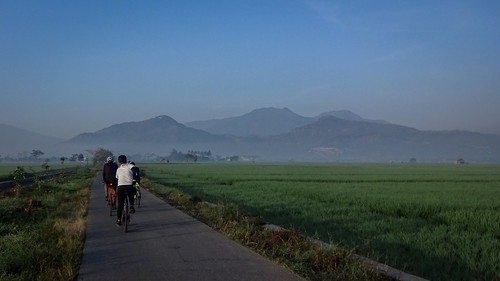 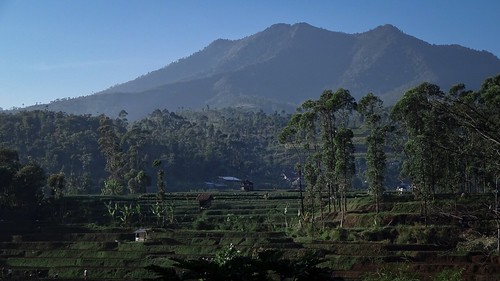 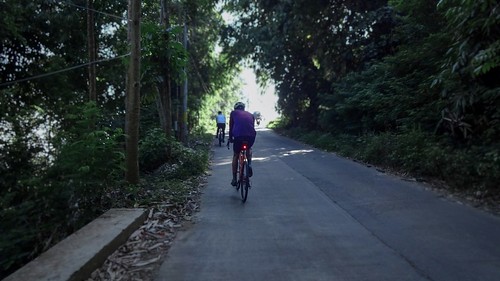 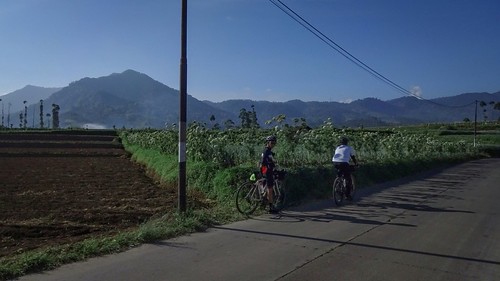 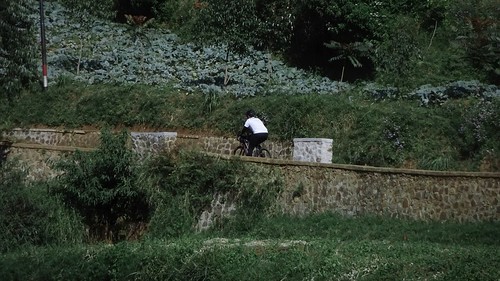 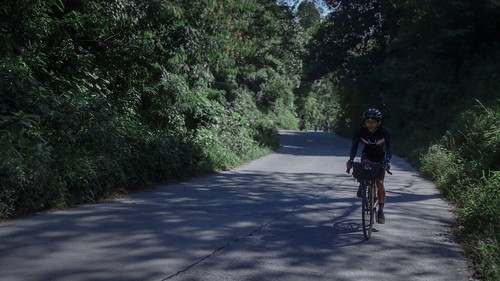 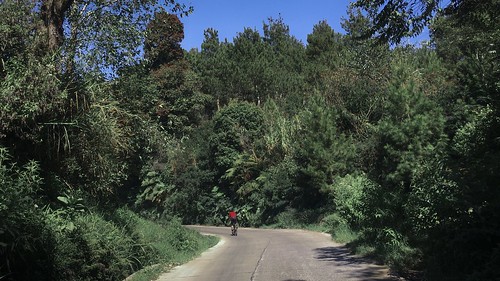 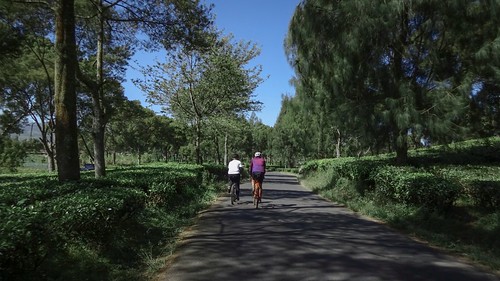 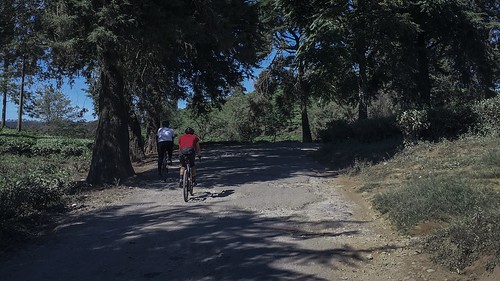 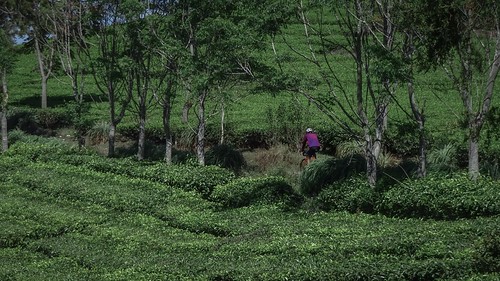 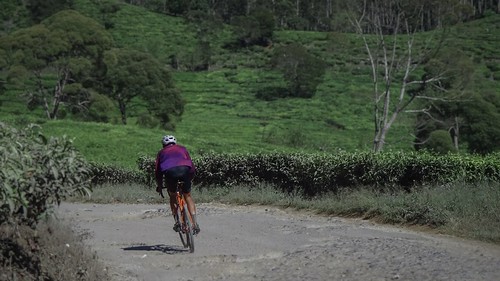 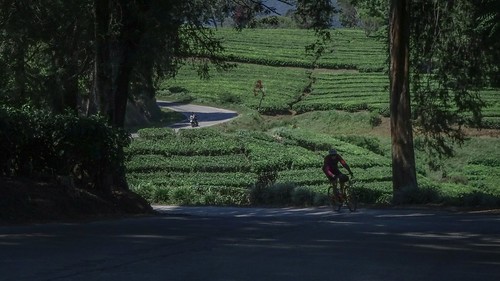 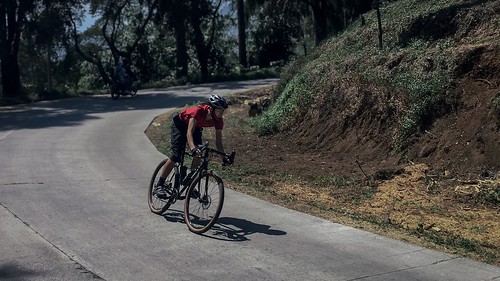 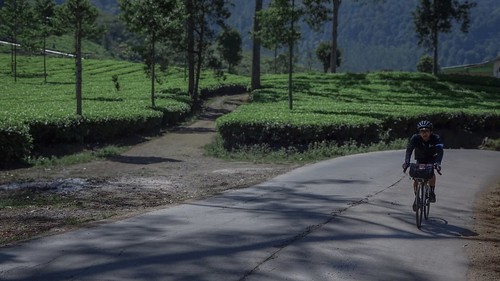 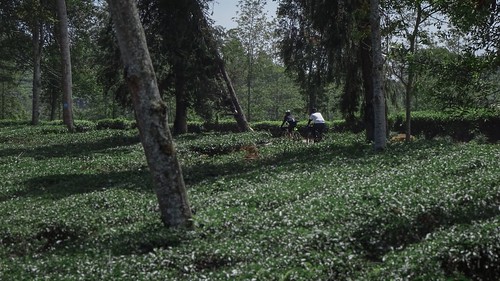 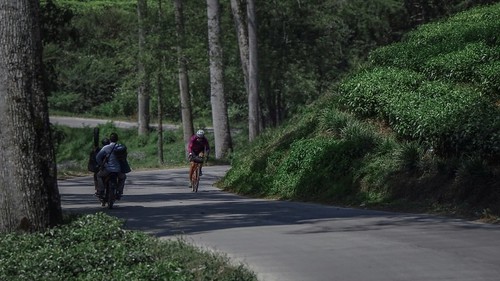 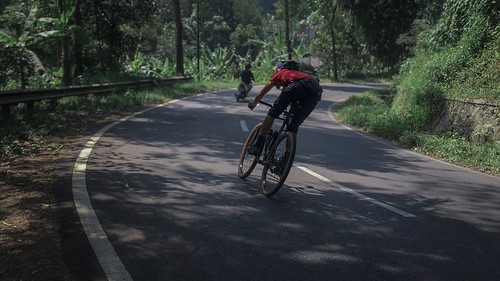