Getting the perfect tire pressure is, arguably, the cheapest way to improve the ride of a bicycle. It is, unfortunately, also the trickiest one to get right. Depending on who you ask, the answer can be conflicting. Ask road bike comrades, and they’ll most likely tell you to pump the tire as hard as a rock; ask mountain bikers and they’ll tell you to put low pressure that you better ditch the inner tube and convert to tubeless. Even worse, they’ll tell you vastly different numbers, all without any solid argument and calculation to back it up. Is there a way to determine the optimum tire pressure without resorting to rumors and wild guesses?

Before proceeding, allow me remind you that this article is part 3 of a series about searching for the perfect wheel setup. For those who haven’t, you could read the previous articles below: 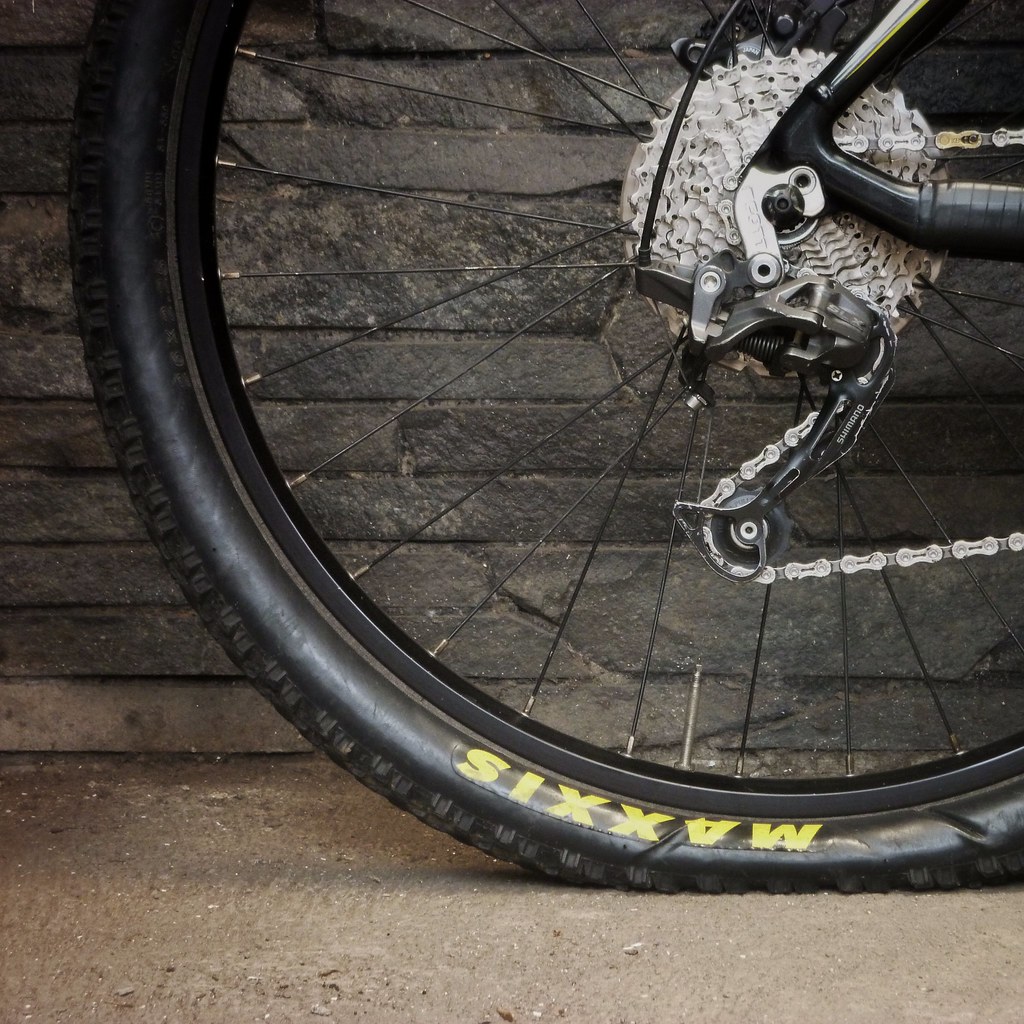 The Case with Underinflated Tires

Why is optimum tire pressure important? To understand it we need to first examine what happens when we go to one side of the extreme. Everybody seems to agree how an underinflated tire feels; it feels sluggish.

Aside from hysteretic losses, underinflated tire is also more prone to puncture and pinch flat. It also causes premature wear and tear due to uneven load exertion to the threads of tire casing.

It is under this light, most cyclists fell to the belief that “harder is faster”, especially the road racers, who pumped up their tires to 100 – 130 psi. In recent years, however, some of them had switched to wider tires and dropped the pressure, out of new insight that “harder is faster” mantra is only partially true. 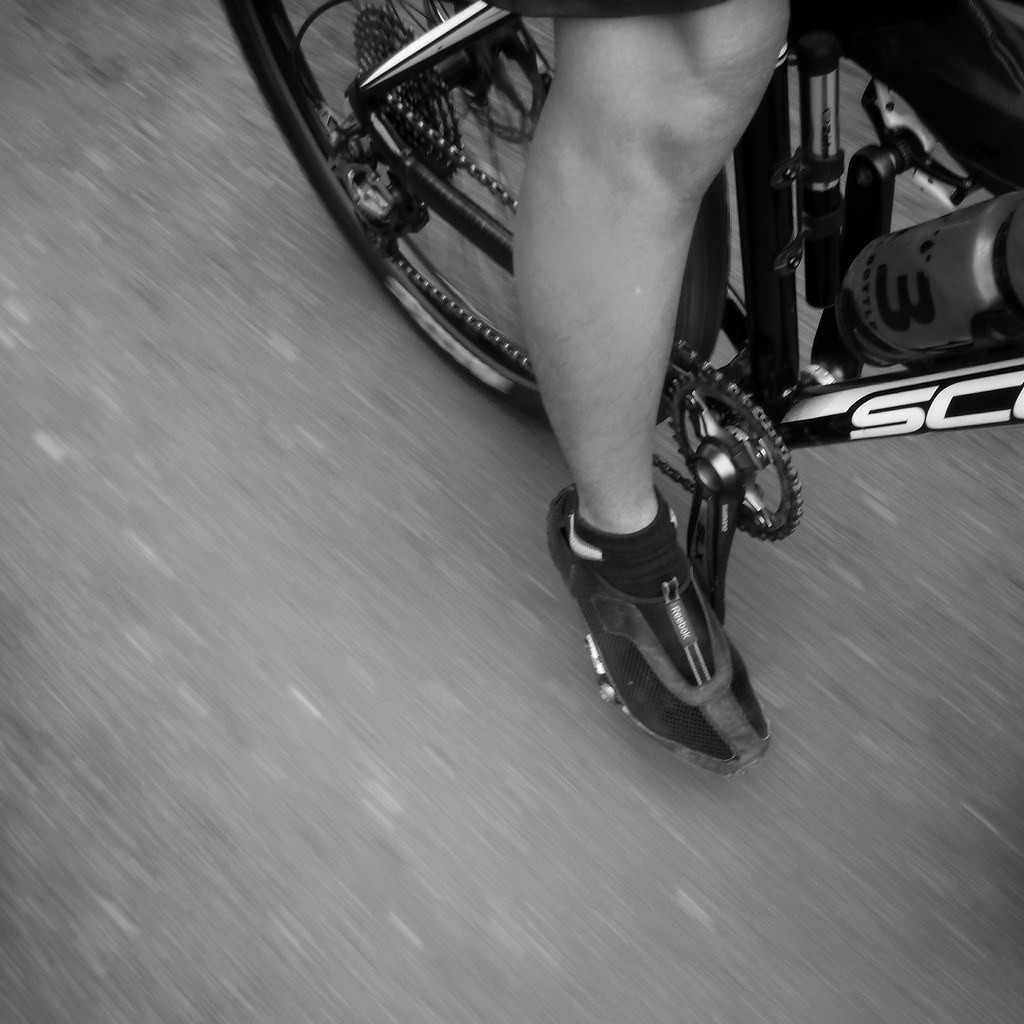 The Problem with Overinflated Tires

As with everything in life, going to another extreme involves trade-offs. While underinflated tire causes higher hysteretic losses, higher probability of puncture & pinch flat, as well as more premature wear and tear, hard-rock tire is known to have lower grip and comfort.

The lower grip and decreased comfort is well understood by many cyclists. The higher the pressure of a tire, the harder it is, the less it conforms to the surface of the road—hence the less grip. On the other hand, the harder the tire, the more it transmit road irregularities to the rider and the bike instead instead of absorbing them, the less it feels comfortable. It was the grip issue that led mountainbikers to lower their tire pressures. To the speed-at-all-costs fraternity, however, grip and comfort wasn’t an issue, because they rode exclusively on smooth tarmac; to them, decreased grip and comfort was only a small price to pay.

In recent years, however, it was found that overinflated tires can be slower.

While it might seem counterintuitive at a glance, it could be well explained through simple physics. Harder tire conforms less to road surface irregularities. Instead of absorbing the vibration from road irregularities, harder tire wastes the energy as vibration to the bike and the rider. Thus, the higher the tire’s pressure, the more energy is lost to vibration and mass friction—the higher the rolling resistance. The energy lost to vibration and mass friction is known as suspension losses. 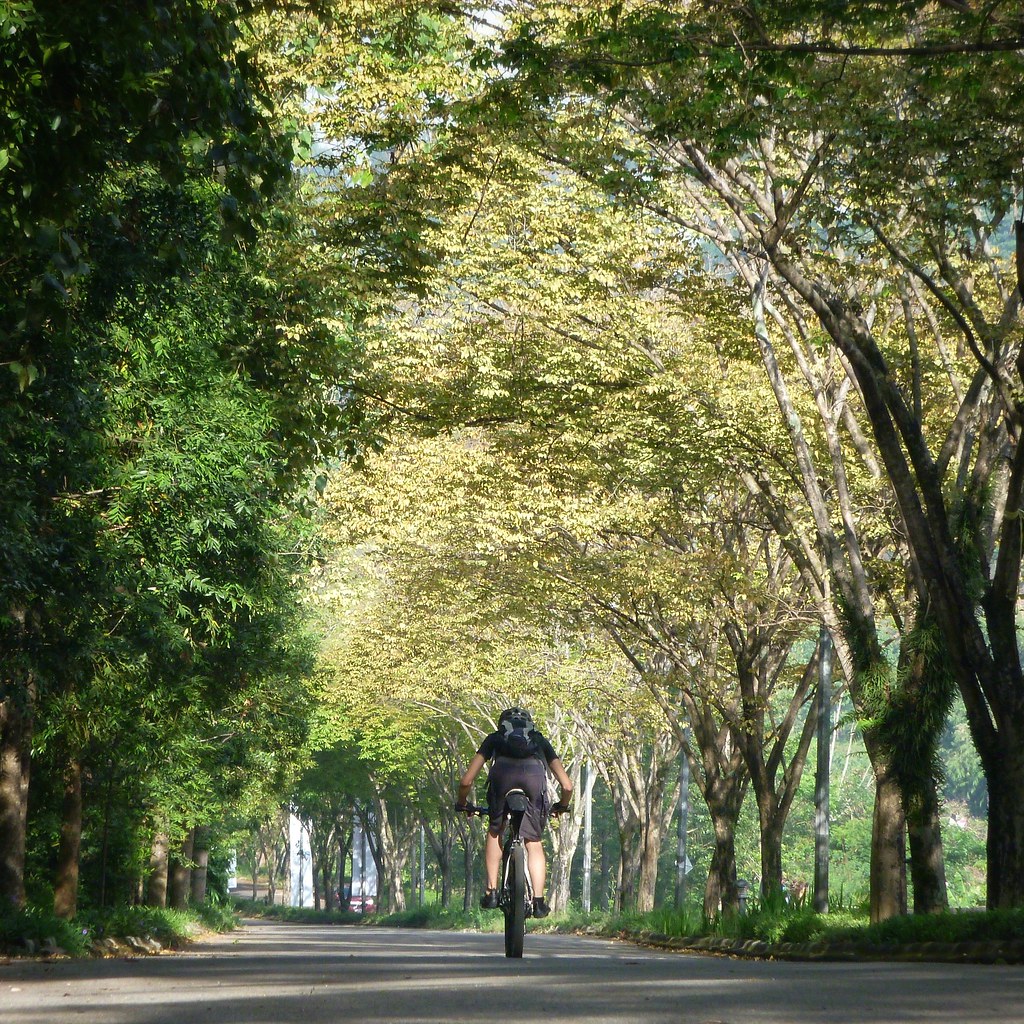 OK, so now we know that the optimum tire pressure is the point where the resultant of hysteretic and suspension losses is at the lowest—which results in fast and comfortable ride. How much pressure is needed to achieve it?

The most well-known guide to optimum tire pressure is, perhaps, Frank Berto’s 15% tire drop. Basically, Berto measured the tire drop of dozens of tires, averaged the value, and concluded that 15% is the desirable drop of bicycle tire. He then made a chart outlining the relationship between tire size, the weight the tire supported, and the optimum pressure to achieve the 15% tire drop. Generally, the heavier the weight, the higher the pressure of the tire needed to achieve the 15% drop.

There were efforts to translate Berto’s chart into mathematical equation (example here and here). The result from the equation was consistent with Berto’s chart, which covers the tire width from 20 mm to 37 mm. Strange thing began to happen when the formula is applied to wider tires, however; the suggested pressure was unbelievably low for mountain bike tires (even resulted in negative value for fat bike tires!). Berto himself argued that 15% drop doesn’t work with mountain bike tires because the knobs messed the equation; for mountain bike tires, he provided the minimum tire pressure instead.

Jan Heine, the proponent of wide tires for road bikes and the owner of Compass Tyres, reexamined Berto’s original data, polled data from fellow riders, and created a simple table of optimum tire pressure himself. Interestingly, the numbers for 32 mm and 42 mm tires are consistent with Berto’s 15% drop equation, but the 52 mm tires are higher, suggesting that 15% drop doesn’t work with wide tires, regardless of knobs.

Jan Heine’s table also introduced an important factor Berto seemed to ignore: surface of the road. Instead of suggesting a fixed pressure number for particular weight and particular tire width, Jan Heine outlined an optimum pressure range for pavement (on road) and another range for gravel (off road). The surface of road is important to factor in, because the rougher the road, the more suspension losses become an issue, the lower optimum tire pressure should be; conversely, the smoother the road, the less suspension losses become an issue, the higher optimum tire pressure could be.

However, like Berto, Jan Heine didn’t take into account wheel size, which is related to tire volume. Generally, tire with more volume requires less pressure than the one with less. Tire volume doesn’t only depend on tire width; wheel size also comes into play, which is why it should be taken into account.

Based on Berto’s and Jan Heine’s numbers, while adding wheel size into equation, I developed the equation to an optimum tire pressure as:

The result from the equation is the most optimum pressure for neutral, mixed on-road/off-road riding. Those whose ride bias toward smooth tarmac/pavement might add up to 25% more pressure to make the most of minimal suspension losses from the smooth road. On the other hand, those whose ride bias toward rough offroad could drop up to 20% pressure away to offset the higher suspension losses and to improve traction.

For most cyclists, the equation above is more than enough to help them achieve the ideal tire pressure. Sticking to default number is fine in most cases, while the range of adjustment provided opens up the possibility for further fine-tuning, through trial-and-error, to suit the terrain and personal riding style as accurate as possible.

To make the equation easy, I have exported the formula to an Excel Spreadsheet. You can download the PedallingCoasting’s Bicycle Tire Pressure Calculator for free.

How much pressure are you using on your bike? Is it dialled for your bike and your type of riding so far? How do you find the pressure suggested from the equation affected your riding quality? Share your thoughts and feedback in the comments below; I’ll really appreciate it.