What size should my bicycle wheel be? If you’ve been following the trend in mountainbiking world, you would surely have heard the relentless, exhaustive mantra spelled by journos and brand spokepersons: “bigger is better”. They’re referring to 29 inches mountain bike tyres, which they claimed to be faster than smaller wheels. If it’s true that bigger is better, however, why don’t we all ride 36-inches monstrous wheels? And why don’t automobile and motorcycle industry adopt the same philosophy? They were quick to point out the strengths of bigger wheels… is there something they didn’t tell us?

Before proceeding, allow me remind you that this article is part 2 of a series about searching for the perfect wheel setup. For those who haven’t, you could read the first part of the installment here. 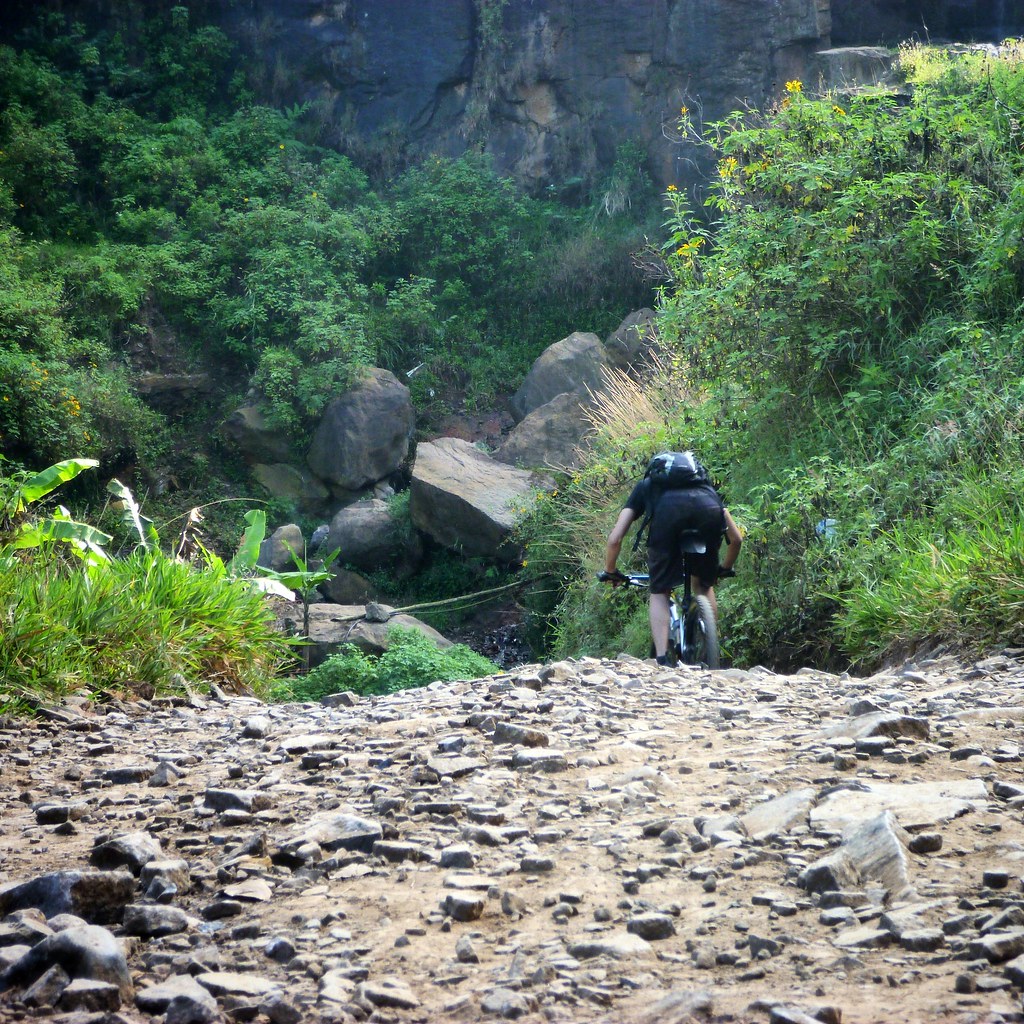 The Benefits of Bigger Wheels

Is bigger really better? The majority of people in mountainbiking world seemed to agree that 29er is indeed better than smaller wheels. They first made their appearance in XC Racing scene, and since then, almost nobody ride smaller wheels for XC. From there, big wheels creeped their way to trail bike and enduro, and once again proved their superiority over smaller wheels. Just recently, it has also entered the downhill scene, which was thought to be impossible just few years back.

The biggest strength of bigger wheel is its shallower attack angle, which allows it to roll easier over obstacles and trail surface irregularities instead of bumping into them. It’s the same principle that allows a monster-truck to roll over cars, something that cars or trucks with smaller wheels almost impossible to do. The attack angle is only around 5% shallower than that of 26ers, but still, it results in faster as well smoother, comfier ride on rough terrain.

Another benefit of bigger wheel is its higher rotational inertia, thanks to wider radius from the center of the wheel. With everything else contant, higher inertia results in relatively lower rolling resistance. It means when taken to speed and coasted, a bike with bigger wheel will hold its speed longer and roll further than the ones with smaller wheels. It requires less effort to maintain constant speed on smooth flat/climbing road, with around 3-4% difference. All else being equal, it will also pick up speed faster when coasted from the top of a hill. Once again this resulted in faster ride.

It is said that bigger wheel also has larger contact patch and therefore provides better grip. Scientifically, however, this couldn’t be true, as the size of contact patch is determined by tyre width and tyre pressure, not by wheel size. It is the shape of contact patch that is different between bigger and smaller wheels, and it makes no difference in real-world performance.

Still, so far, so good. Bigger wheel is indeed faster, smoother, and more stable. There are, however, some other equations we haven’t talked about. 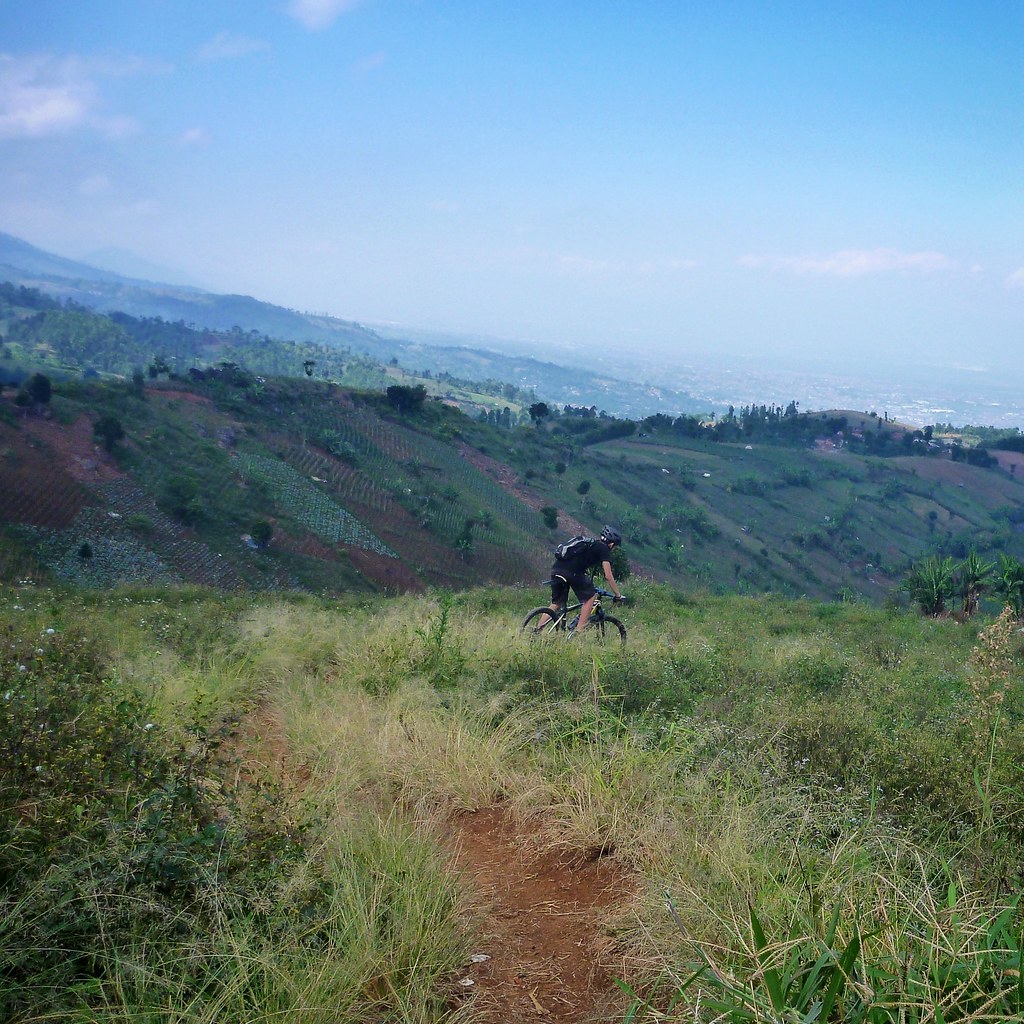 The Case Against Bigger Wheels

The answer, in short, is that too much of a good thing can be a bad thing.

In this case, it is too much of rotational inertia that becomes problematic. As the rotational inertia of front wheel goes higher, the higher the gyroscopic effect, the more stable the bike’s handling, the more difficult it is to turn the front wheel for cornering. The added stability from longer wheelbase of big-wheeled bike makes this effect worse. In this case, stability becomes a liability, because it makes the bike harder to maneuver. Therefore, for twisty trails and roads, with frequent, tight switchbacks, bigger is actually worse.

What about the shallower attack angle? There is no downside to that, but the difference of attack angle between 29er and 26er is small that even in cobblestone path, the advantage is almost negligible. The smoother the road, the more attack angle makes no difference. 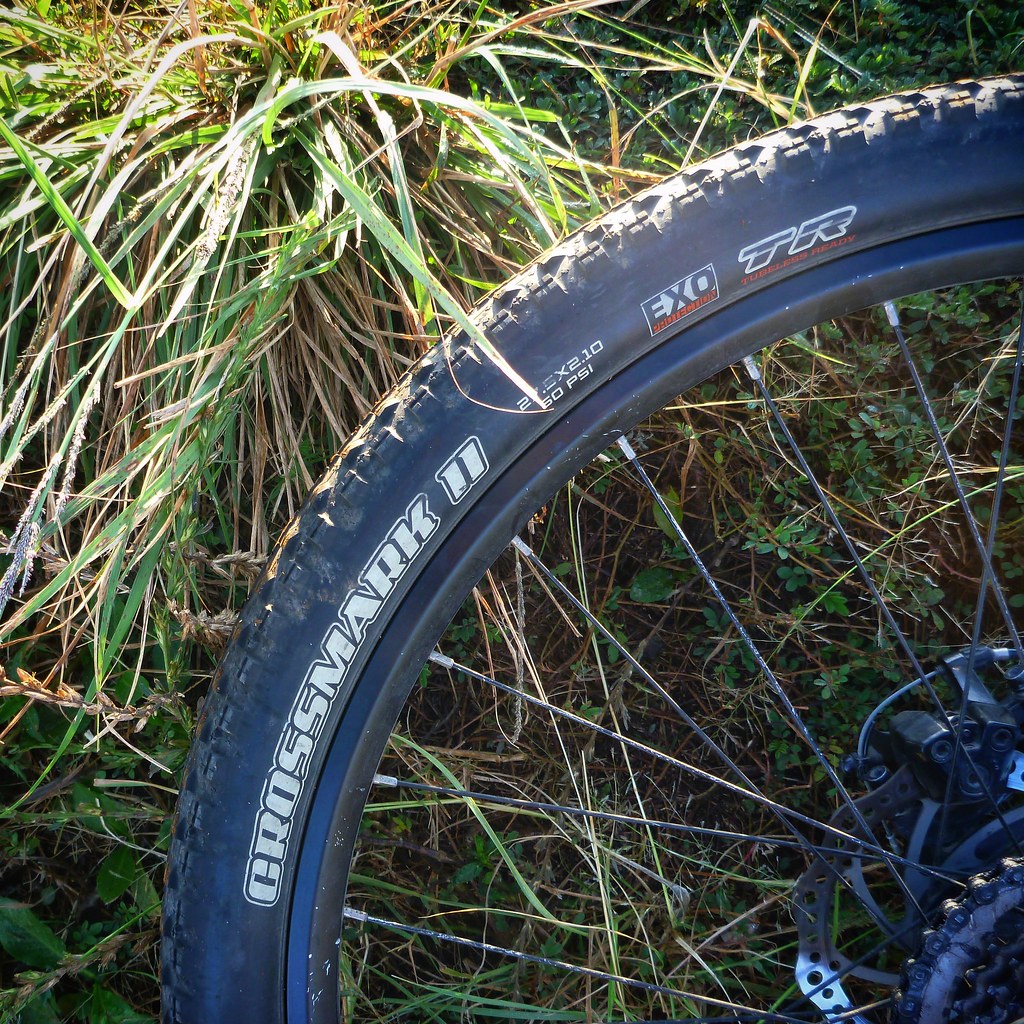 It is clear now that what we want from a bicycle wheel is something that is not too stable that it requires great effort to maneuver, and not too reactive that it requires constant correction to stay on course. We want a bike with just enough stability and agility. “Just enough” is the key here.

Which wheel size provides what we want? It is a tricky question because it depends on two main factors. First, wheel size should be dictated by preferred tyre width, so it is better to decide how wide we want our tyre be before selecting the optimum wheel size. Second, it depends on riding style. Mountainbikers who ride along flowy rough trail might favor higher stability over maneuverability, while road racers or city commuters favor higher agility over stability. Body size becomes a factor, too, though not as significant; taller rider is better served by bigger wheels while shorter ones by smaller wheels.

As general rule of thumb, for the perfect sweet spot between stability and maneuverability, I concluded that those preferring narrow road tyres up to 40 mm are better served with large 700c wheels. The low inertia of light, narrow tyre is best paired with a large tyre to add more stability. Standard gravel and mountain bike tyres (42 mm – 2.5 inches) are better served with lighter, smaller 650b/27.5 inches wheel, to compensate the inertia of wider, heavier tyres. The classic 26 inches wheel, on the other hand, is best reserved for even wider tyres, something in the realm of plus and fat tyres (2.8 – 4.8 inches). Those who preferred higher stability over maneuverability, or taller than average (above 180 cm) might go one size bigger, while those preferring more maneuverability, or shorter than average (below 160 cm) could go one size smaller. 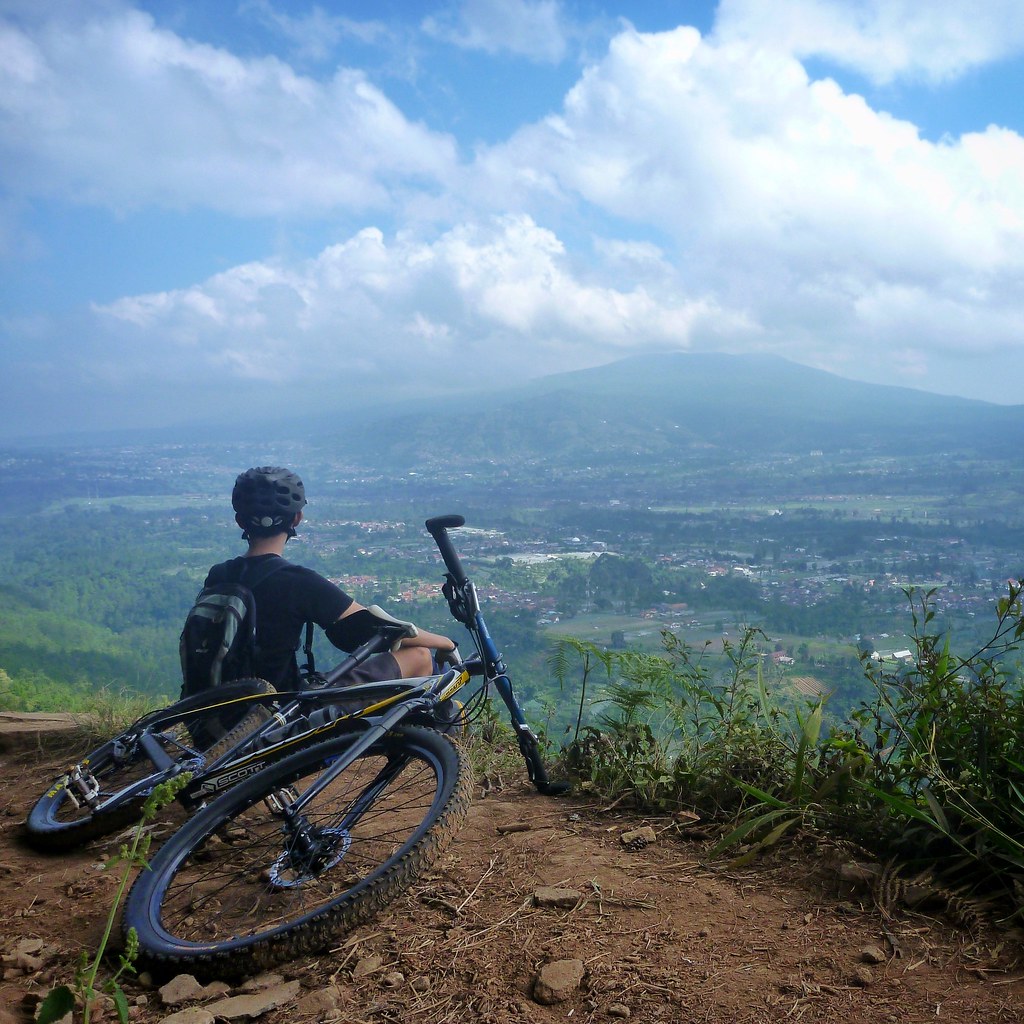 Unlike the change to wider tyres, which only involves buying a wider/better set of tyres and fitting them to existing bike (as long as it fits the frame), changing the wheel size is a trickier business. Too often it requires changing the frame and fork too, making it a costly upgrade, almost as expensive as buying a new bike.

It would be nice if we could choose the optimum wheel size that suits our body and riding style, but is it worth the money? It depends. If you’re on the market to buy a new bike, or to replace your old bike, the wheel size affair is worth considering. It’ll take you one fine step closer to the perfect bike you’re looking for. If you’re already riding a bike, and isn’t planning on replacing it anytime soon, however, it isn’t worth the money. The difference of size between 26er and 29er is only around 10%, and the effect of added stability/maneuverability as well as attack angle is even smaller, that it only serves as fine-tuning rather than deal-breaker. Truth be told, any wheel size is up for any kind of riding—that’s why they have survived, from the time of their invention, until today (the mountain bike industry is trying to kill 26 inches wheel for some time now, but it still survives until today).

For those who want to fine-tune their existing bike, it is better to change the tyre width to get the similar desired effect from changing the wheel. I personally still ride the 26er bike I bought several years ago. Based on calculation, my perfect wheel would be 2.1 x 27.5 inches. Instead of buying a new 27.5 mountainbike, I bumped the tyre size, from 2.1 to 2.25, the widest XC tyres available as well as the one that fits my existing frame. The wider tyres added rotational inertia to my smaller wheels, though not as much as a bigger wheel would—at least wider tyres bridge the gap closer.

In short, if you’re desiring a larger wheel, you could get similar effect (minus the shallower attack angle advantage, though) by switching to wider tyres; similarly, if it’s smaller wheel you’re desiring, you could fit narrower tyre to your existing bike.

In the end, what truly matters isn’t how big your bicycle wheels are; it’s whether the bicycle you’re riding is capable to take you to the kind of adventure you were wishing for.

Anyway, in case you need additional thought about this wheel size, allow me to recommend these 2 great articles from somewhere else:

What wheel size are you riding now, and how wide is your tyre? Is it dialled for you, or are you planning to change the tyre or the wheel altogether? Why? Share your thoughts in the comments below.