Stretching 29 km from east to west, Lembang Fault was one among the most prominent geological features of Bandung Basin. From the city, it is easily recognized as elongated hill in the north, starting from Mount Palasari in the east, sloping down all the way to north of Cimahi in the west. Created through eons of tectonic plate movement, the active fault lifted the higher southern side, exposing wall of ancient rocks to the lower northern side. It was the southern side, especially the eastern side of Maribaya Valley, that I explored for this cycling trip.

Out of several roads to the north, I decided to take the route through Cikadut Chinese cemetery complex, mainly for its unique, albeit somewhat eerie, ambience. Some of the tombs were unbelievably massive. They had their own gate, garden, and pillars; they were significantly bigger than any house most people can afford to pay rent to in the city. In one side, it seemed like a waste of space; yet, in another, those tombs helped preserve the area from the reach of ever-growing population of the city.

The climbing, hilly main road to the gate of Batu Templek Waterfall was smooth. After the gate, however, the downhill path was steep and rocky, all the way to the waterfall. The 20 m-tall waterfall derived its name from the fact that it was actually a batu templek (slate stone) mining area, which happened to cut a small river above. The rocky, offroad access, as well as the lack of tourism facility, made it rarely visited, even by local tourists.

From Batu Templek Waterfall, I had to climb back the rocky path to get back to the main road. The climb to the north was relatively smooth and easy, until I took another turn to yet another rocky descend, all the way to a younger slate stone mining area. It happened to cut another small river, too, creating dual small waterfalls the locals called Curug Cinta (lit. “Love Waterfall”). They were shorter than Batu Templek’s, and were inaccessible for closer inspection, especially with the bike. I could only watch the waterfall from the side of the road.

Puncak Bintang (lit. “Star Peak”), also known as Bukit Moko (lit. “Moko Hill”), my main destination, was to the northwest from Curug Cinta, and would be easier to reach if I went back to the main road. I, however, decided to make a detour to the northeast. The rough trail led me to another main road in eastern ridge, which stretched all the way to a conservation area & camping ground called Oray Tapa (lit. “Meditating Snake”). It was unknown where the area derived its name from, but the twisty climbing road, with scale-like macadam surface, did give impression that I was riding on top of an inert giant snake. 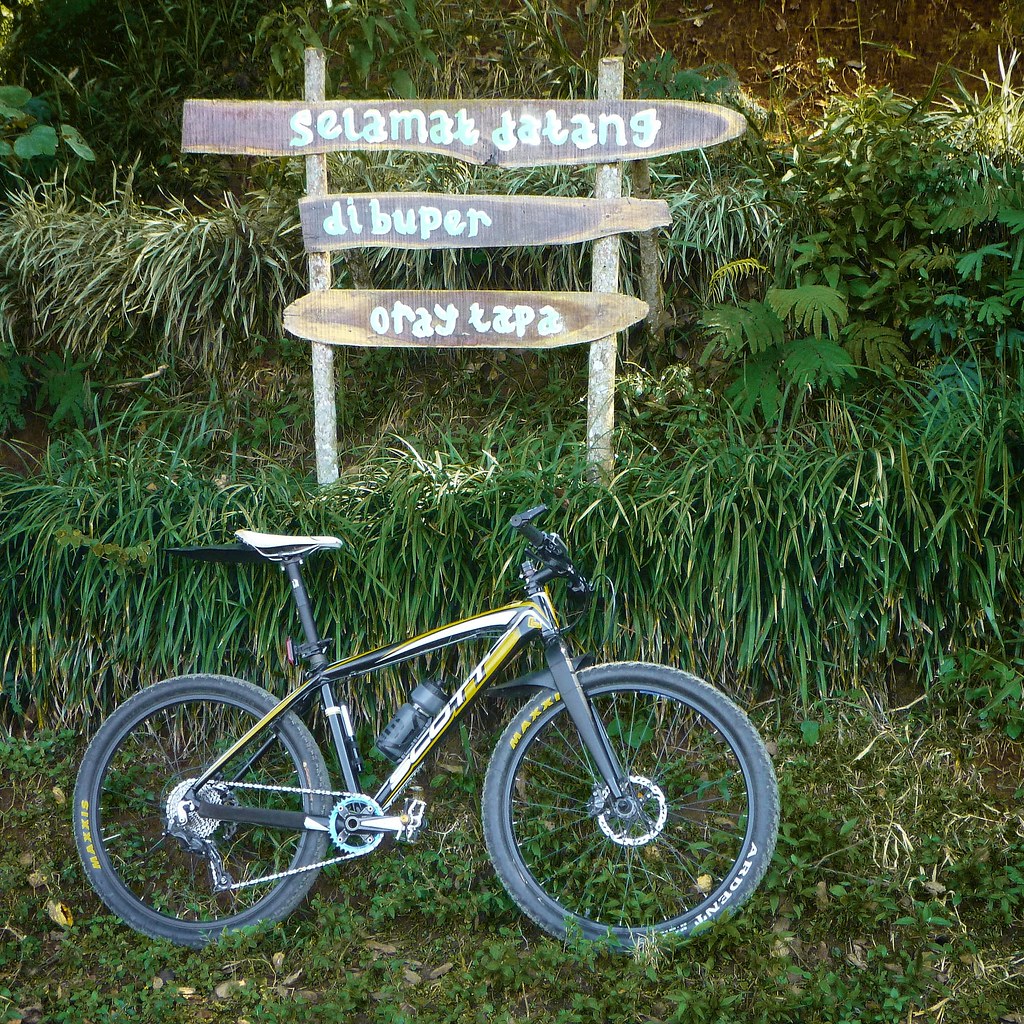 Oray Tapa was a popular destination among offroad-lovers, particularly local dirtbikers. It has extensive network of offroad trails, including the ones that led to Palintang in the east side of Mount Palasari, as well as to Batu Lonceng on the northern side of Lembang Fault. It was actually possible to take one of the trails across Arcamanik Forest to get to my next destination—in fact it was the shortest route. It wasn’t, however, a good option for this particular trip. Not only the dirtbikes had rendered most part of the trail useless even for MTB; the long rainy-season had turned some sections into nasty pools of mud.

Thus, from Oray Tapa, I decided to take hilly, rough rural road, including a section of singletrack, all the way to vegetable plantations in Sentak Dulang. The giant andesit rocks littered the area, just like the slate stone in Batu Templek and Curug Cinta, are believed to be the remnants of Mount Ancient Sunda’s violent erupion. The gigantic volcano itself had collapsed eons ago, giving rise to Mount Tangkubanparahu from its enormous caldera.

From Sentak Dulang, I had to climb three steep inclines to get to Puncak Bintang. At 1,442 m above sea level, it offered the highest view to the plains of Bandung, as well as range of mountains that surrounded it. That day, however, the weather didn’t allow me to see anything but white fog. The fresh air of the pine forest, though, was more than enough to keep me happy.

Through the snaking narrow road that connected Caringin Tilu and Warung Bandrek, I pedaled my bike to D’Pakar, my final destination in this trip. Situated 500 m to the southwest from Bumi Herbal Dago, it is especially famous among casual tourists. In contrast with Bumi Herbal Dago, the meals offered there were average at best, but it did present us with beautiful view of Maribaya valley’s lush western wall, similar to the one seen in Tebing Keraton. It was even better than the latter, in my opinion, thanks to the well thought-out exterior arrangements. A toast and a glass of lychee milk soda there was a nice treat, before I coasted back home through Cigadung. 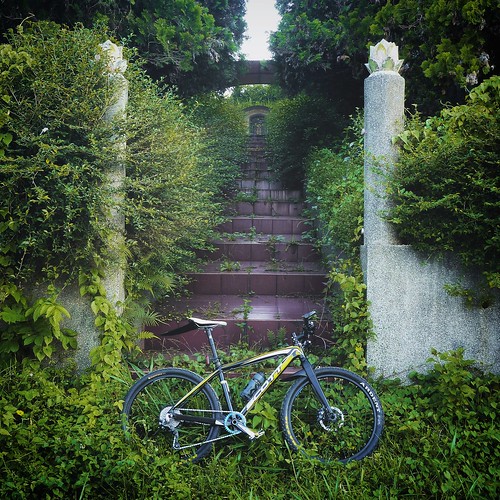 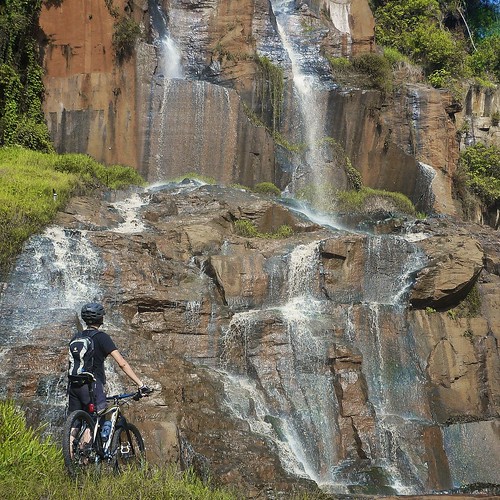 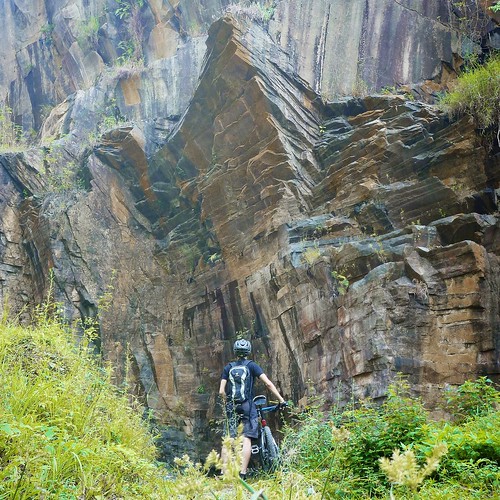 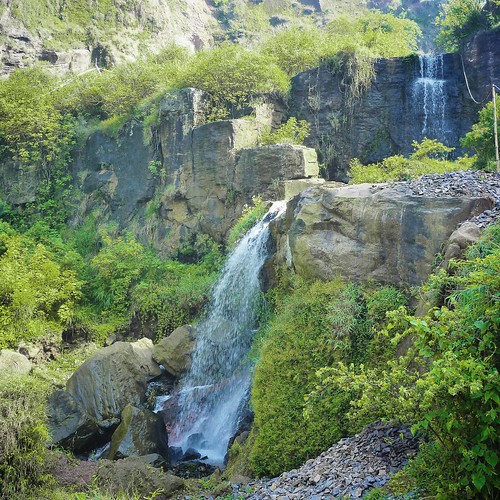 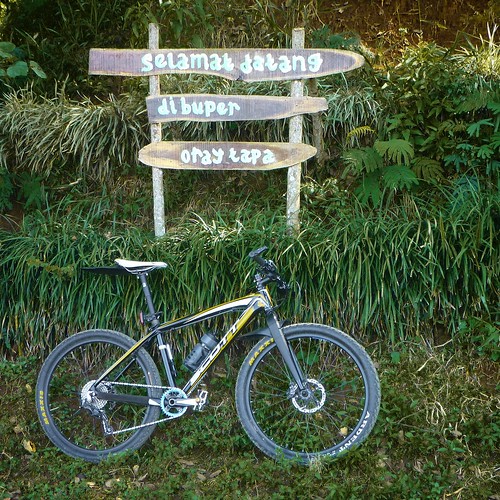 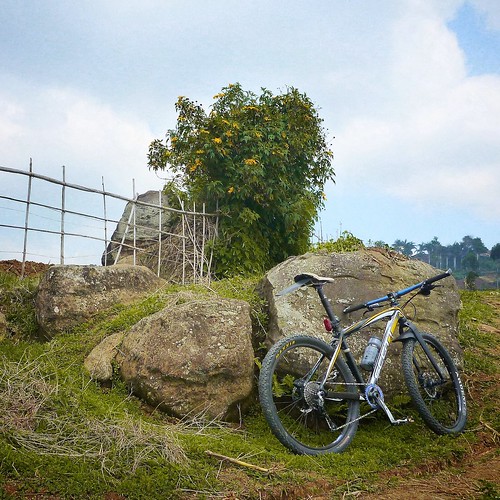 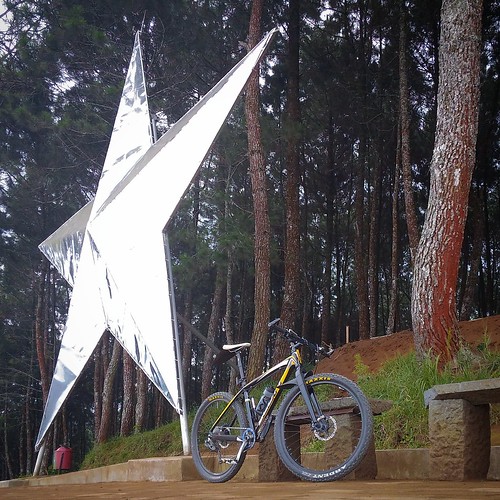 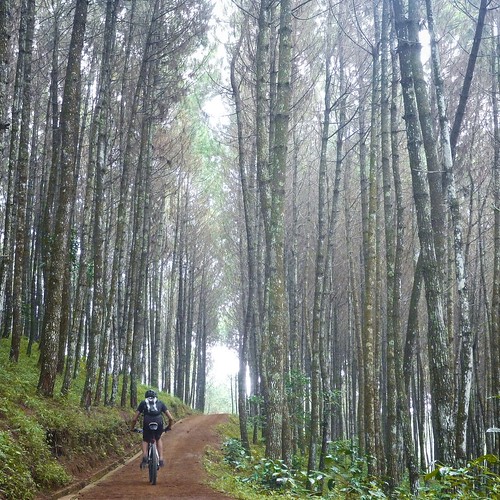 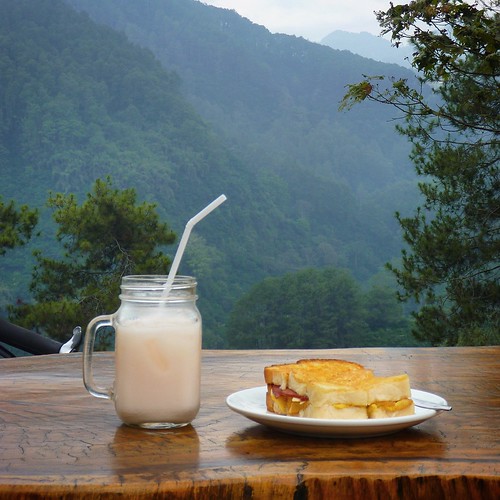 One thought on “Lembang Fault – South Side Cycling Exploration”