Situated in the western border of Bandung, Rajamandala Karst Complex—often known as Citatah—is arguably the most unique geological feature of Bandung. Originated as the seabed of shallow, coral reef-rich water, the region was uplifted gradually by tectonic plate movement to form lands approximately twenty seven millions years ago, far older than any other volcanic-origin geological landmarks. Unfortunately, the natural beauty and scientific treasures it contained are under threat of destruction by limestone mining operation in the region. Exploring the area, therefore, is urgent.

The exploration trip to Rajamandala Karst began with the 28 km ride to the west through the long, relatively flat intercity road. The rather-groomed, historical part of Asia Afrika road, where 1955 Asia-Africa Conference took place, was one among the only few notable interest along the road. Crowd of trucks, as well as white ash and dust polluting the air, on the other hand, were the signs that I was approaching the limestone mining and processing area in Citatah.

From a point on the main road I took a left turn to an uphill gravel road, which loose surface made it tricky to climb. The surprisingly fresh air, however, made it a pleasure than a chore.

The short climb was soon followed by a wide, gently-rolling gravel road all the way to Gunung Hawu, one of the remaining karst cliff untouched by limestone mining activity. Standing over 90 m from the ground, the impressive natural bridge was formed through vertical cave formation. The hole resembling Sundanese traditional stove was what its name derived from. It had enjoyed a rise in tourism popularity recently, thanks to attraction of between-the-cliffs hammocking experience on the top. I sincerely wish the power of tourism could save it from the expanding mining exploitation.

The gravel backroad extended further west to Citatah 125, the tallest remaining cliff in Rajamandala Karst Complex. Consisted mainly of andesite and marble, the 125 m-tall cliff was spared from mining activity, and has become a popular rock climbing training ground for years, thanks to numerous climbing routes with varying characteristics and levels of difficulty. 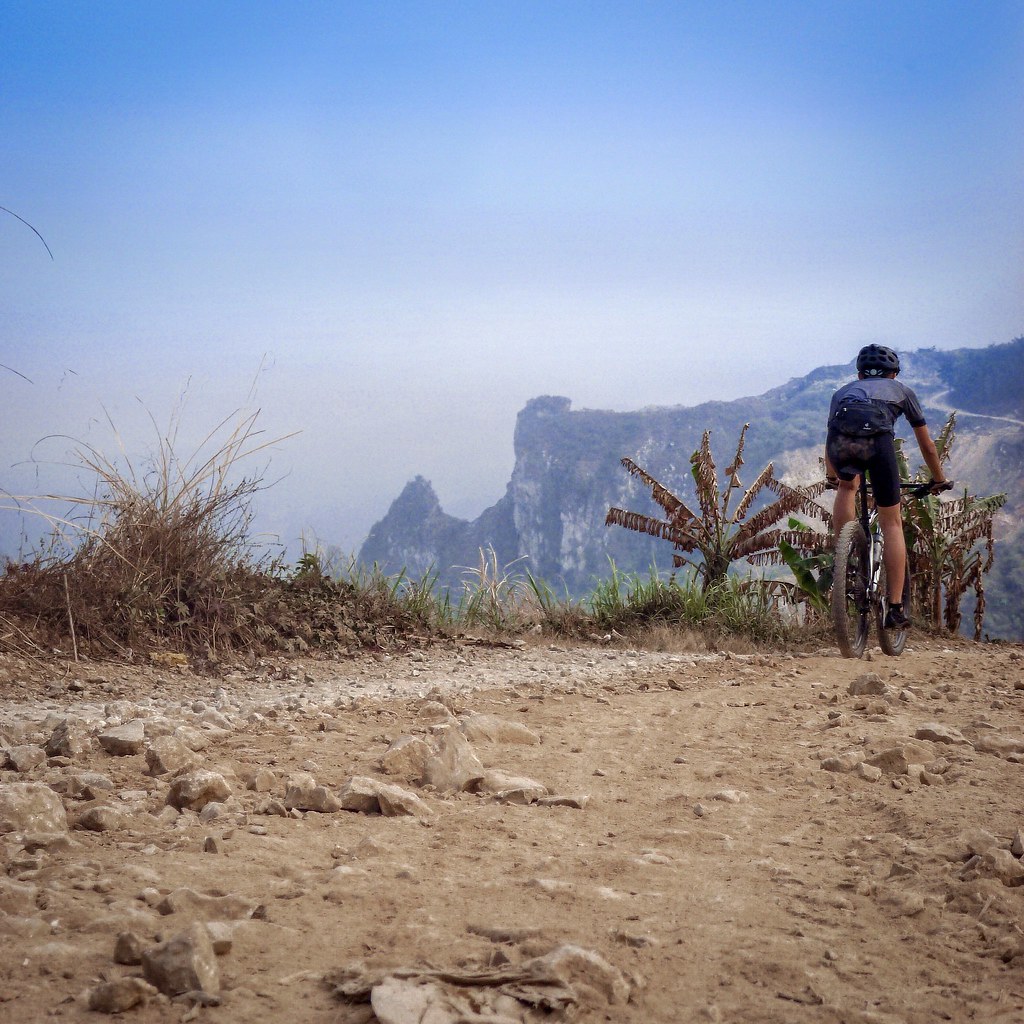 The gravel road took me to a mining site further to the west, followed by a downhill section to the northeast. Though not particularly steep, it was challenging, even dangerous to ride; the lack of grip from loose dirt and rocks made it nearly impossible to slow down and properly control the bike. It was, however, my only viable option to get back to the main road.

The main road took me descending further to the west, before I took another turn to gravel road northward, leading to Stone Garden Geopark, the most famous tourism destination in the region. Paying an entrance ticket granted us access to a grassy hill littered with rocks in various size, the remains of the coral reef when the area was shallow sea in the distant past. It was a miracle that the area was left untouched by the miners before it was declared as tourism attraction last decade, which further secured its conservation.

Located a km to the north from Stone Garden, at the bottom of a limestone formation called Masigit hill (not to be confused with Kareumbi-Masigit on Bandung’s eastern border), Goa Pawon (Pawon Cave) could be reached through gently-descending gravel road. While the natural rock formation itself is impressive, it was better known as as an important prehistoric site containing proof of early humans inhabiting the region. Its most prized treasure were prehistoric human skeletons, aged between 5,600 to 9,500 years old, believed to be ancestors of Sundanese people.

The heat from the mid-day sun forced me to climb back to intercity main road and drop by a convenience store to cool down. From there, my next destination was just 200 m further to the west. Called Citatah 48, the preserved cliff was easily recognized for its giant knife monument on its top, which was easily visible even from the main road. Standing 50 m tall from the ground, the limestone cliff was under the supervision of Kopassus, the Indonesian army’e elite force. To climb it, one needs to apply for a permit from Kopassus’ Training Center, a month in advance. Riding around it might need no such special permit, but there was not much to explore around to begin with—the mining sites surrounding the area had practically ruined its natural beauty. 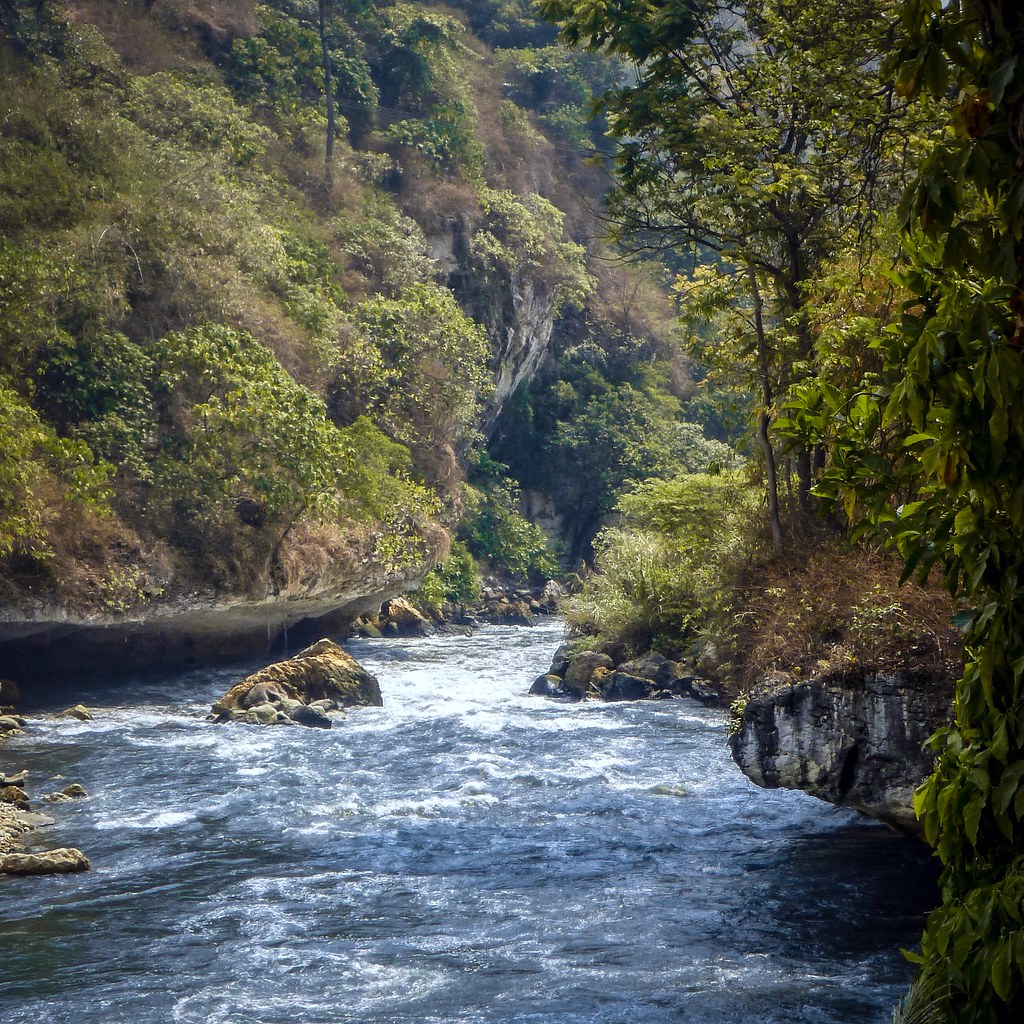 Descending along the Bandung-Cianjur main road further to the west brought me to Cipatat, where I turned south and rolled further along the well-sealed downhill road, all the way to Saguling Power Plant. Mostly hidden under the trees, the Rajamandala karts formation’s western edge isn’t as easily noticable as its eastern counterpart, and only parts of it is exposed by Citarum riverstream. Being part of Saguling Power Plant area, however, it is much better preserved.

One among the well-known part of western Rajamandala karst is is Sanghyang Tikoro, which is located right next to the powerplant station. Literally means “the throat of God”, it seemed to swallow half of Citarum riverstream to its belly, with no known exit. The cavern was thought to be the breaking point upon which the water of Bandung Basin drained, thousands of years ago; there were numerous geologists who disputed the theory, however.

There was a well-known tourism attraction called Sanghyang Heuleut, further upstream. It was impossible to reach with bike however, and involved several km of trekking, which would further drain my power and time. Considering my best option to get back home was to climb back to where I came from, I decided to skip it. Grinding my bike along the long, grueling climb to Padalarang under the blistering mid-day sun wasn’t as hard as I recalled it to be, thanks to cooling method involving occasional stop on convenience stores along the way.

From Padalarang, I decided to make a detour toward Kota Baru Parahyangan to drop by Al-Irsyad, a famous mosque in the region. Featuring modern, minimalist architecture, it was designed by Ridwan Kamil, before his years as the infamous Mayor of Bandung. Having a prayer and lying down for half an hour there was a perfect rest after the long climbing struggle along black-smoke vomitting trucks under dry season’s sun. From there, I still had to pedal my bike back to the crowded intercity road, and headed east through 26 km of gently climbing, relatively flat urban road to go back home. 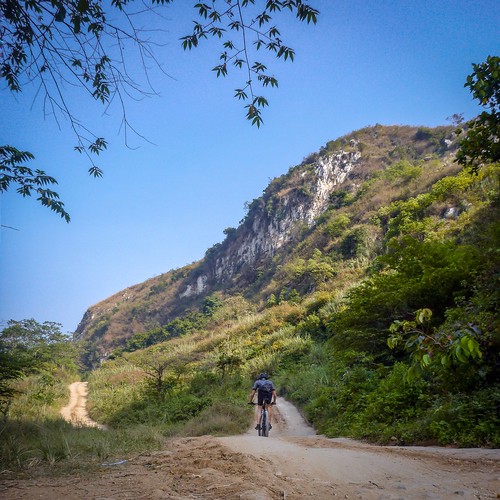 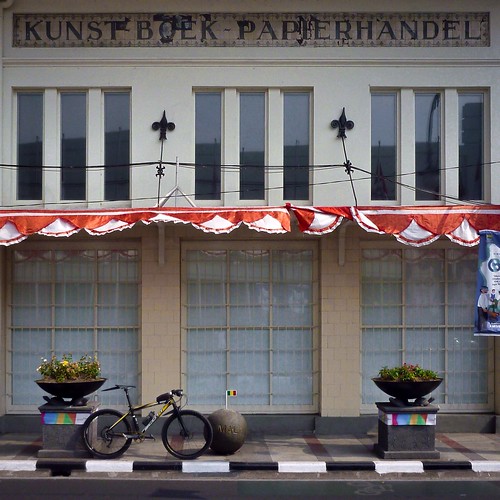 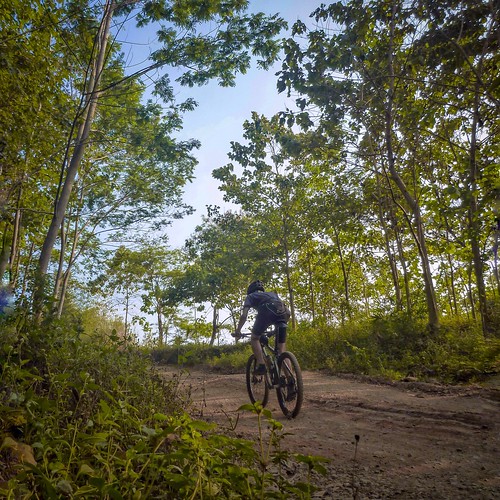 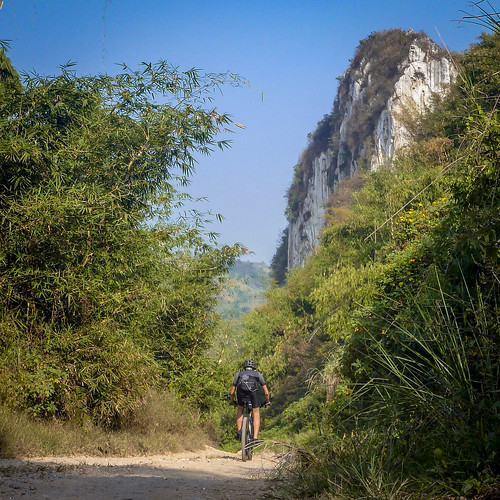 Rolling down to Gunung Hawu 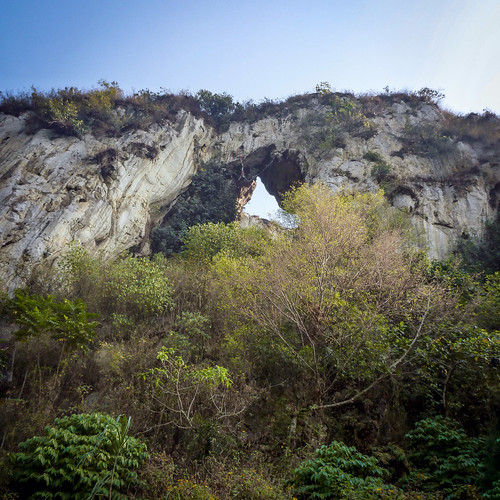 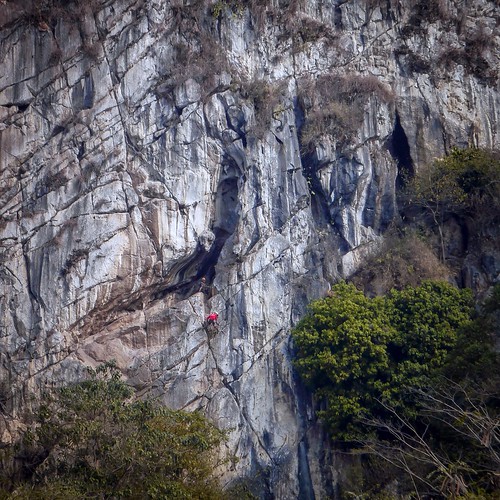 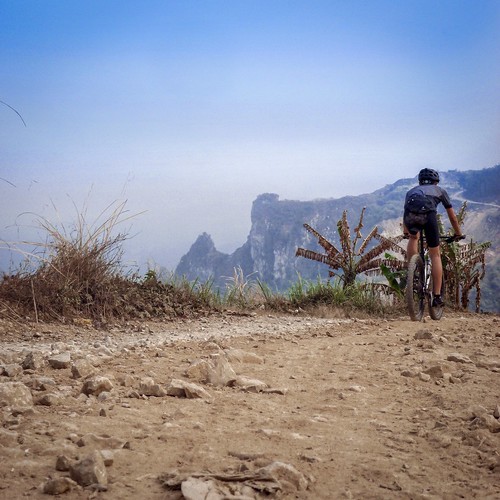 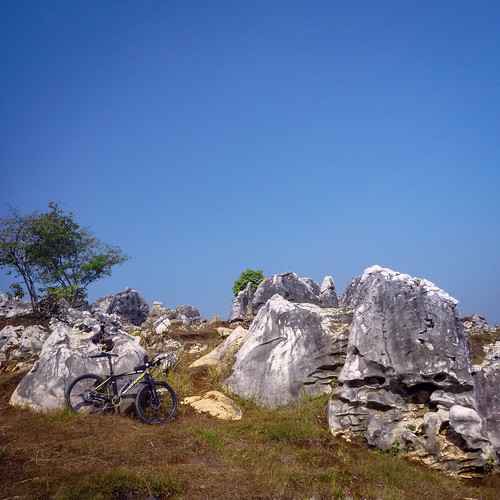 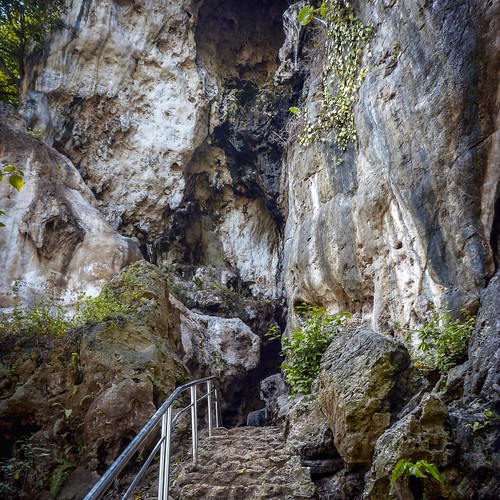 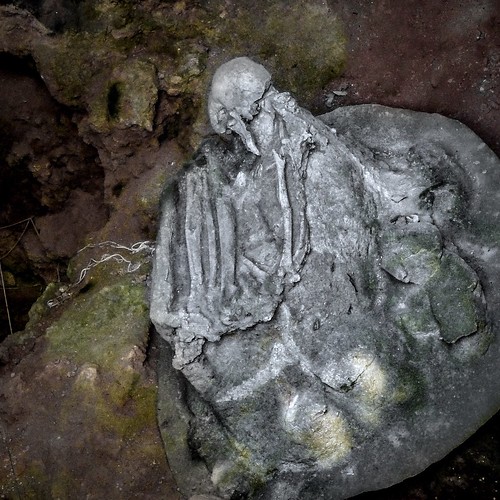 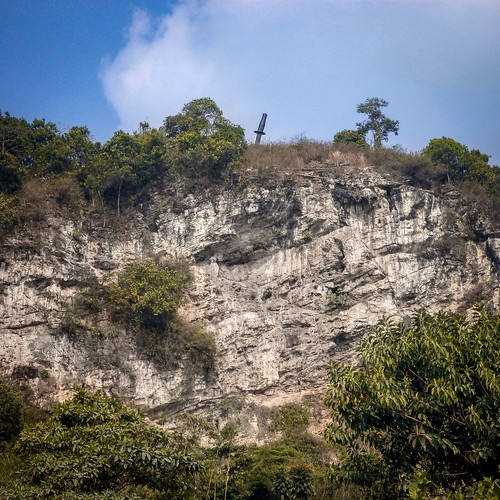 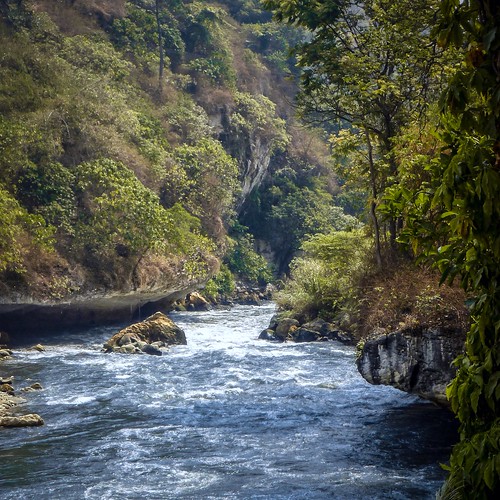 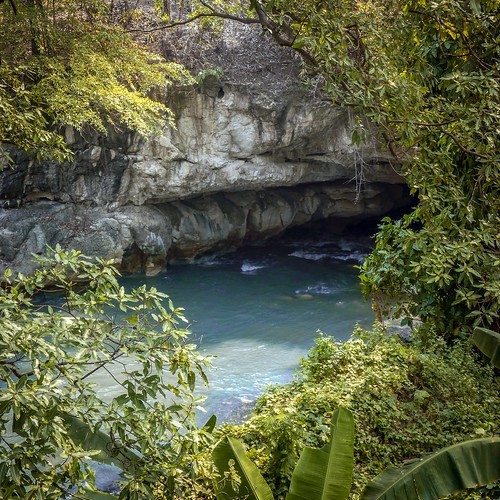 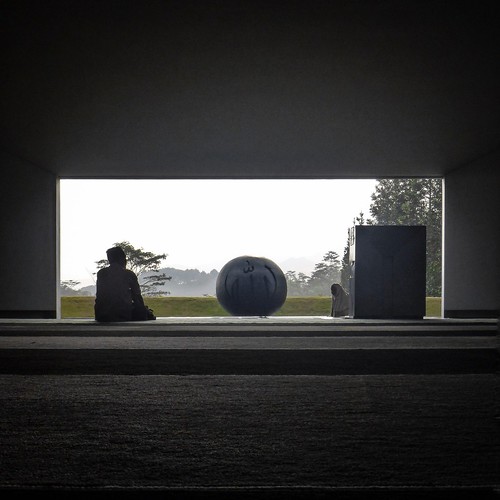