“Don’t ride there alone; let me know when you’re going.”

Derry cautioned me when I told him my plan to ride Rancabolang-Patuha mountain pass. Situated at the southeastern slope of Mt. Patuha, the highest mountain in Bandung region, the route has long stayed on my wish list. Passing lush forest and hilly tea plantation, the mixed-terrain road punches well beyond 2,200 m above sea level, making it the second highest mountain pass in West Java—and the fifth highest in whole Java.

There were few reasons I hadn’t given it a go, however. With about 5 km of unrideable climbing section, and temperamental high-altitude weather, it is a challenge of its own. I also hesitated to give the route a solo ride, for safety reason; leopards are known to linger in nearby forest.

Unfortunately, Derry had to pull out a day prior the ride. With no one else to go with, I decided to go solo anyway.

The crescent moon hanging on the black sky was a sign of good weather when I left home at 5.15 am. The sky was bluish, the sunrise felt warm, when I began climbing past Soreang. The mountain I was heading, however, was covered in dark clouds. At the convenience store stop just before the turn to Rancabolang, I contemplated about pulling out and give the route a go next time. It was 7.35 am; through Whatsapp, Ditta convinced me that the clouds were nothing to be concerned about.

So there I was, making the turn.

Soon after, I lost cellular signal. But the winding uphill road was mesmerizing, especially as it entered the woods and occasionally alternated between concrete and loose gravel. The gentle, constant climb allowed me to go easy and enjoyed the scenery, as it took me higher into the mountain. At 1,900 m above sea level, the forest finally opened and revealed the beautiful vista of misty, hilly tea plantation of Rancabolang. I was shivering even with jacket on, but grinning in satisfaction. “I might have found a new favorite route,” I thought, especially as it reached 2,000 m above sea level and turned into flowy, descending gravel road all the way to Mushroom Hill.

Of course, it wasn’t all butterflies… 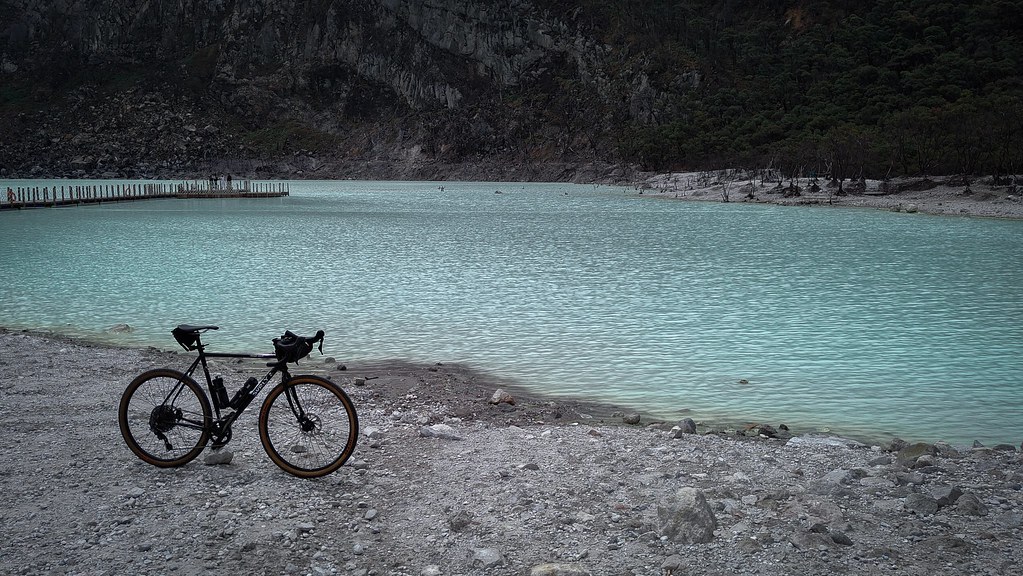 “Where are you? You’ve been missing for hours!”

The text from my wife popped on my phone as soon as I reached Rancabali pass main road; it was 2 pm, and I was taking a lunch break. She was right to be concerned; I was worried myself, too—and not only for the loss of cellular network.

From Mushroom Hill, the road turned narrower, rougher, and more desolate. It was here the network loss started becoming a problem; forgetting to download offline map, I had to ask locals for direction—which were few and far between.

“See that mountain, the one behind that hill?” A tea harvester told me. “That’s where you’re heading.”

Those who had ridden the route said the toughest part was pushing the bike through 3 km of loose rocks climb to the top of the pass. It wasn’t as hard as I had anticipated, however, thanks to the cool air of the mountain. Seeing the winding road I had taken far below, showed how far I had climbed; it was uplifting.

Yet anxiety loomed over me, even when the clouds scattered, and the hills brightened under sunshine. What if a pack of stray dogs attacked? What if a local saw an opportunity to rob a lone cyclist in the middle of nowhere? When something large moved between the trees, I stood alert: what if a desperate leopard decided I was an easy prey? There was nothing I could do, however, but to keep moving.

Eventually I reached the top of the mountain pass, and the road started pointing down. Finally! Rolling the flowy gravel track 2,200 m above sea level was delightful. Before long, I reached Kawah Putih, the infamous crater of Mt. Patuha. Weekday meant the tourism spot wasn’t crowded, and I could better enjoy its beauty. I didn’t stay long though, and soon descended to the main road, as my phone’s battery was dropping, I still couldn’t get cellular signal, and—above all—I was hungry.

A bowl of hot noodle and a glass of hot tea were served after I texted my wife back. While they wouldn’t replace all the lost calories, they could help me get back home comfortably. After all, it only took around 1 hour of long descent, followed by 1.5 hours ride through the city, for me to get back home. 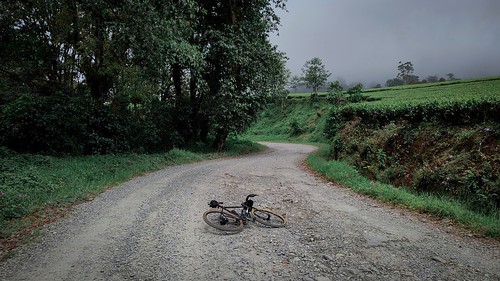 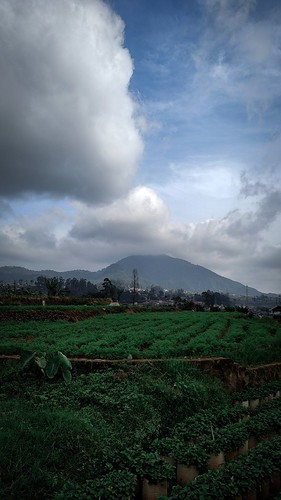 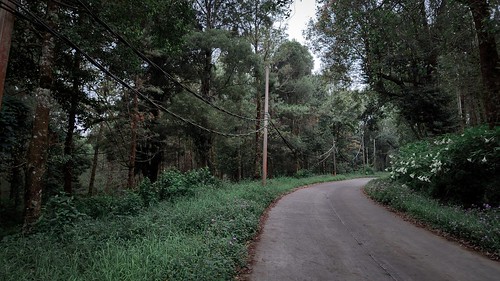 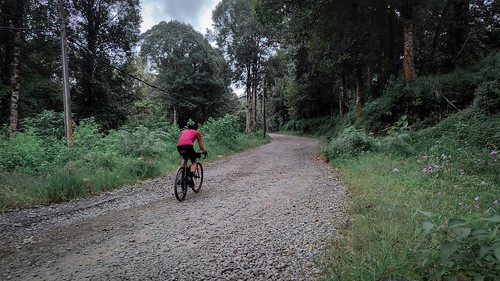 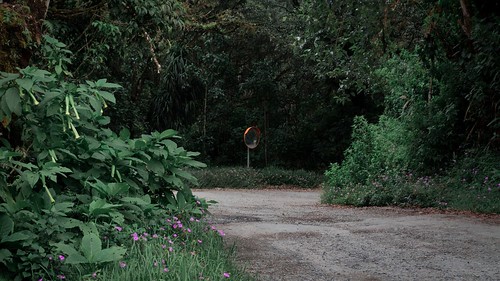 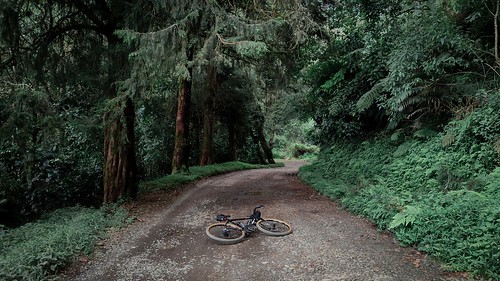 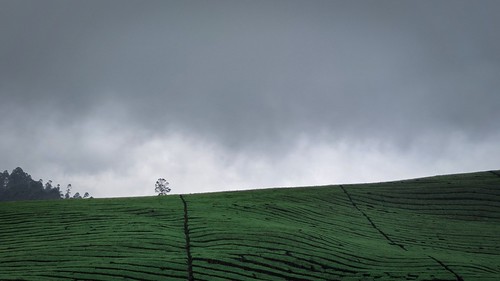 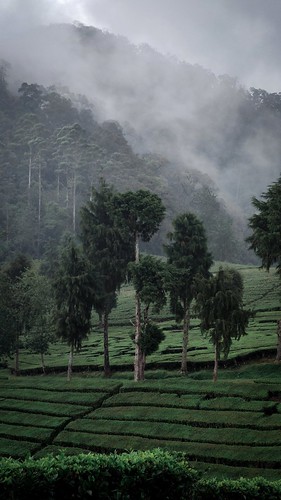 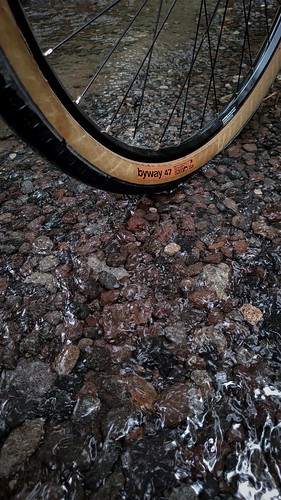 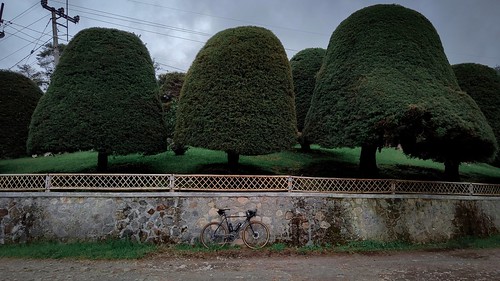 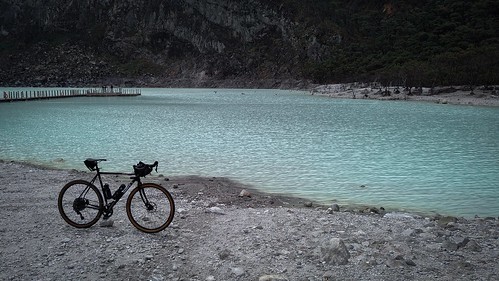 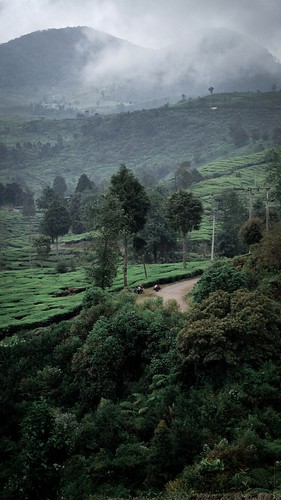 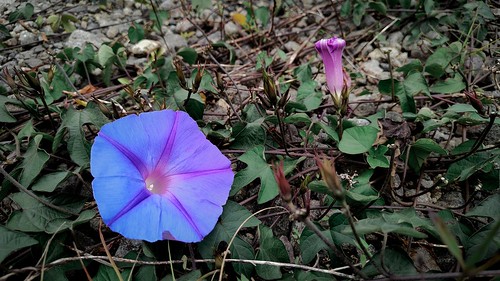 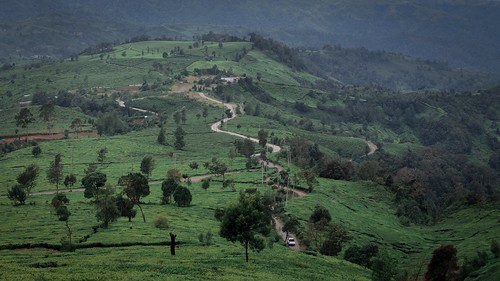 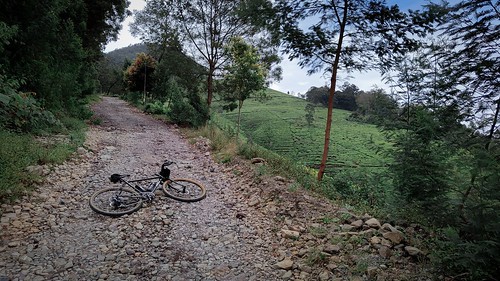 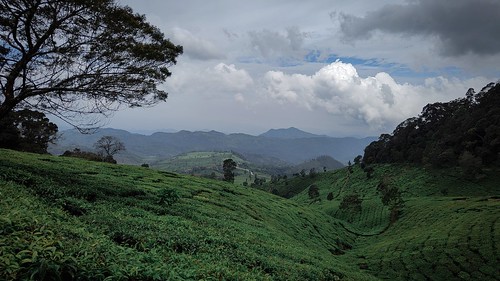 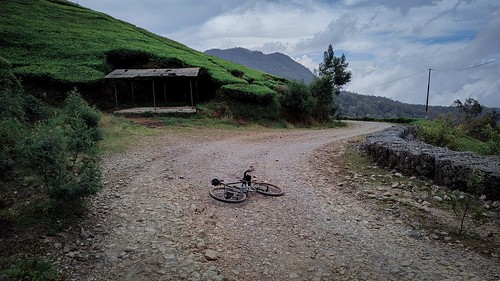 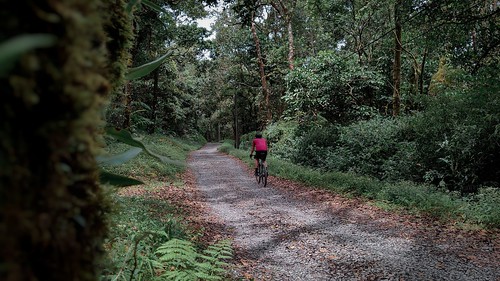 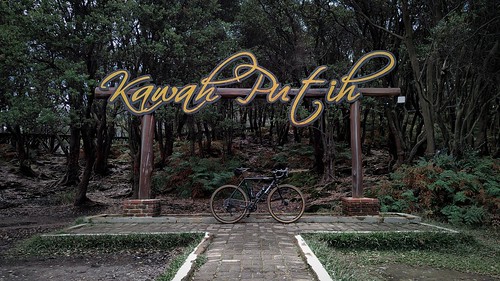 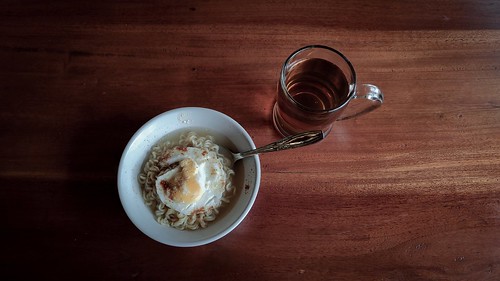