Can I get a decent cycling helmet for around IDR 300K (USD 20)? That was the question that popped in my head when I set out to buy a replacement—the previous one I had was comfortable, but after 5 years of use, it had crumbled into an ugly blob of black polystyrene on my head. Apparently, the choice was limited to either cheap, garish multipurpose model, or famous brand’s Chinese knock-offs with doubtful quality; apparently, until I stumbled upon Polygon Speed, the road helmet from Indonesia’s most famous cycling company.

Offered in red, yellow, and gray color schemes, it was the sleek look that caught my attention first. Listed as road-specific, it came as a bare-bone model; it has no gimmick and additional features—not even peak/visor that came with the company’s other models. Even Polygon’s official site only listed in-molded polycarbonate shell, 25 vents for good airflow, removable and washable padding, as well as CE EN1078 safety certification as its key features, while the Indonesian version site added aerodynamics claim on its description. Considering the price, though, the look and the safety certificate alone were attractive.

Not taking the risk of a bad fit however, I decided to go to cycling store nearby to see and try the helmet myself, before deciding to buy one. 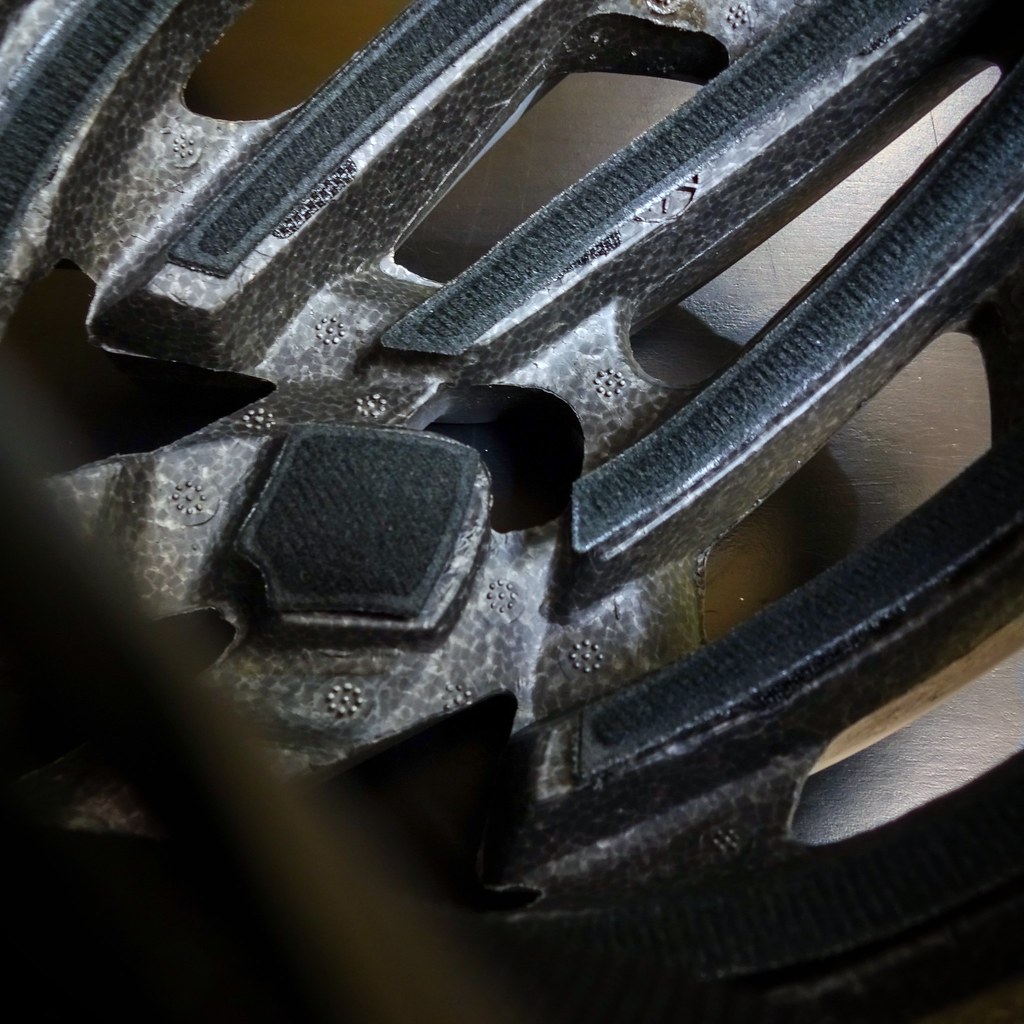 Laying my hands on the actual helmet for the first time, I found that the Polygon Speed looked just as sleek as its marketing photo. Thanks to in-mold design—instead of cheap plastic shell glued to the main polystyrene body occasionally found around the price point—the polycarbonate outer layer blended nicely with the main body. It is also said that in-mold design helps the polycarbonate layer to maintain the main body’s integrity during impact, which is nice.

The biggest highlight to me, however, was the air vents. Yes, the product description made a clear statement that it has 25 air vents. What they didn’t tell us, however, is the size of each vent; they’re significantly larger than other helmet around the price point, which promise optimum air flow.

The surprise didn’t stop there, though. Beneath the blanket “aerodynamics” statement was deep, well-designed airflow channel, both inside and outside. Combined with the generous vent, the helmet should, in theory, allows optimum airflow for improved aerodynamics and cooling, even on those hot, humid days.

There were standard features too, including straps and turn-ring fit system. They were nothing to write home about, though; they just work as expected. 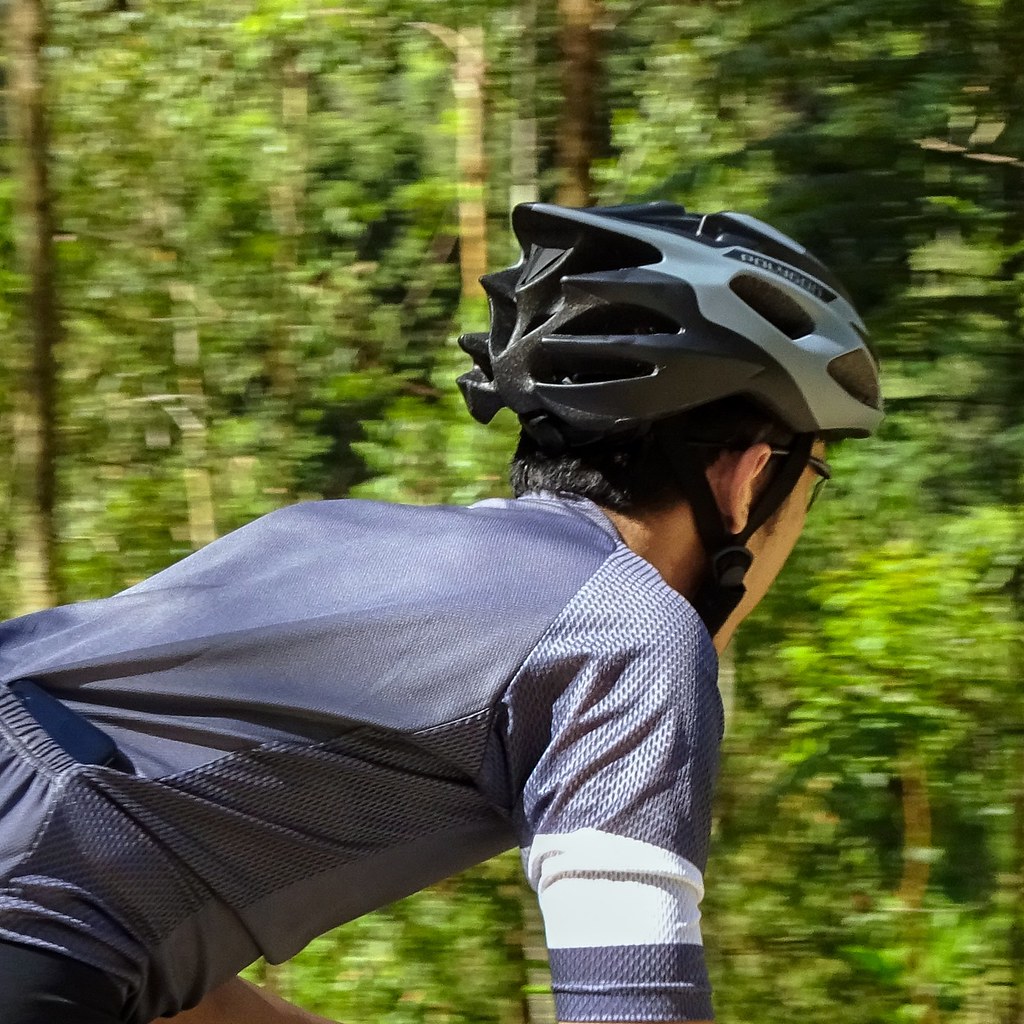 Out in The Field

There was a strange sensation when I rode with it for the first time; it felt as if it was floating on top of my head, even though it was firmly strapped. I wasn’t a bad thing, though; it was just a new sensation for me. I reckon it has something to do with the airflow on the inside of the helmet, which prevents heat buildup and gives airy feel to the head.

Combined with generous vents, the inside airflow becomes significantly more pronounced during high-speed downhill attack, which can feel uncomfortable in cold weather. A cycling cap or a bandanna under the helmet would be a quick, easy fix for such circumstance of a ride.

The outside airflow channel, on the other hand, gives negligible aerodynamics advantage. It doesn’t mean the design is flawed though; it was just the fact that aerodynamics gain from helmet design, if any, is far smaller than body position or jersey/short fit, especially on casual, non-competitive ride.

Despite the 285 – 313g stated weight for L size, the helmet felt light and comfortable, even on long rides—another boon that showcased the product’s real value for money. 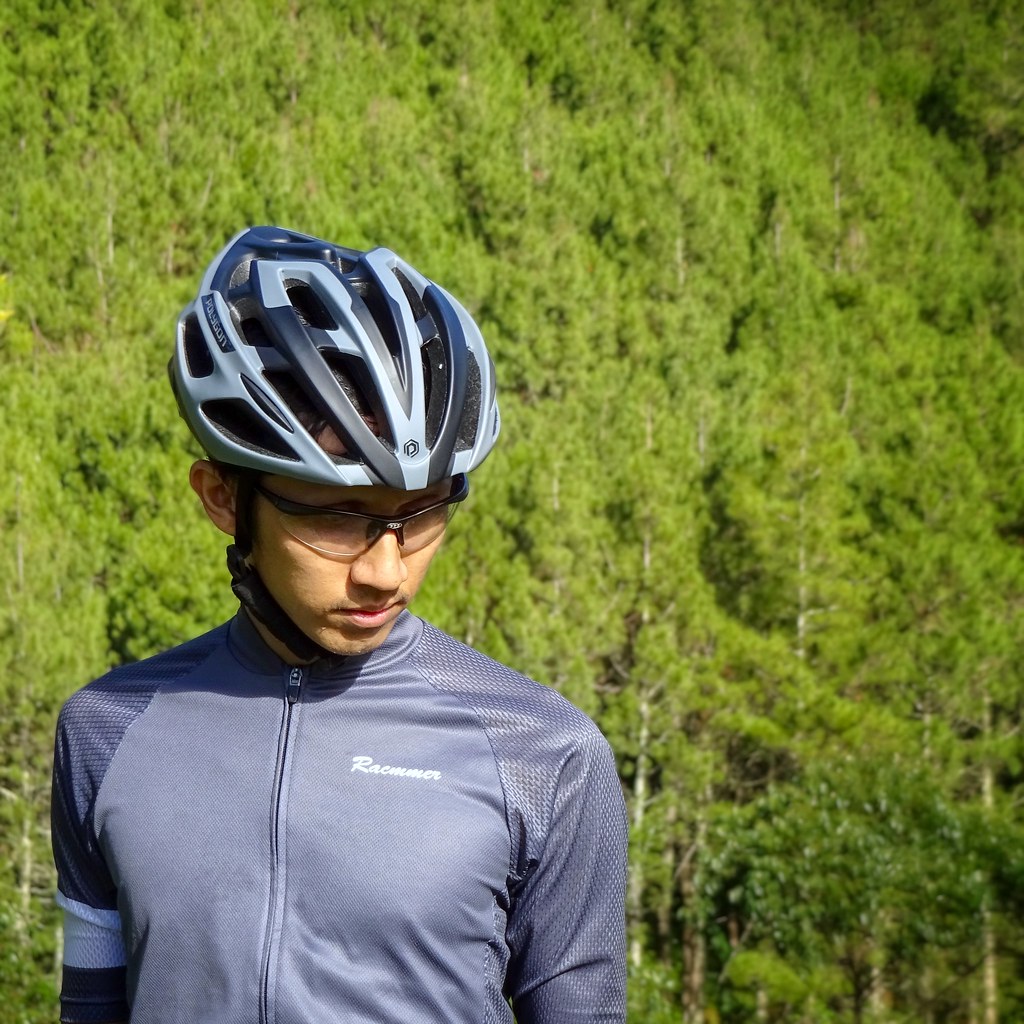 It’s easy to love Polygon Speed. The manufacturer put only modest features on its product description, but they all delivered. The generous vents and deep, well-designed airflow channel, showed how the brand got their priority right when designing the affordable helmet. Even better, it comes with almost no weakness to speak of.

It’s hard to find its fault. Yes, it’s on the weighty side; in reality, however, it felt lighter than the number suggested, and felt just fine even on long rides, which once again highlighted its strength. It also has no gimmicks and additional features, but then again, it has never been its selling point. In fact, with limited room of production cost to play with, I do think Polygon’s decision to prioritize basic technical design rather than gimmicky features is right on the money; the result is a no-nonsense helmet that does its job well.

Those with bigger budget might get themselves lighter, or feature-packed alternatives from the big brands. Polygon Speed, on the other hand, is enough for most cyclists. It does its job well, with no faults to speak of. In term of value for money, it is tough to beat.

Cons: bare-bone model might not suit those looking for additional features.