“How much difference can a cycling-specific lube make?”

Such was the question that popped into my head when looking for chain lube for Scotty, my trusted 26er rigid MTB—the question that was soon followed by innocent rationale: a lube is a lube, right? After all, motorcycle and sewing machine operate with chain, too; and they do just well with cheap lube. Does it make sense to spend much more for cycling-specific lube?

Not wanting to fall into the trap of spending more for unnecessary branding, I decided to buy myself a light sewing machine oil—and later, a motorcycle chain oil from hardware store. I even used the leftover of my car’s synthetic engine oil for awhile! They were so cheap I didn’t have issue with applying them liberally. Sure, the chain was soon covered in black gunk, but I could just wipe them off and relube them afterward. There was nothing I miss from cycling-specific lube—or so I thought…

Two years has passed since, and here I am, getting myself a bottle of Silca Super Secret—a notably expensive stuff, even by cycling-specific lube standard—and is happy with my decision. 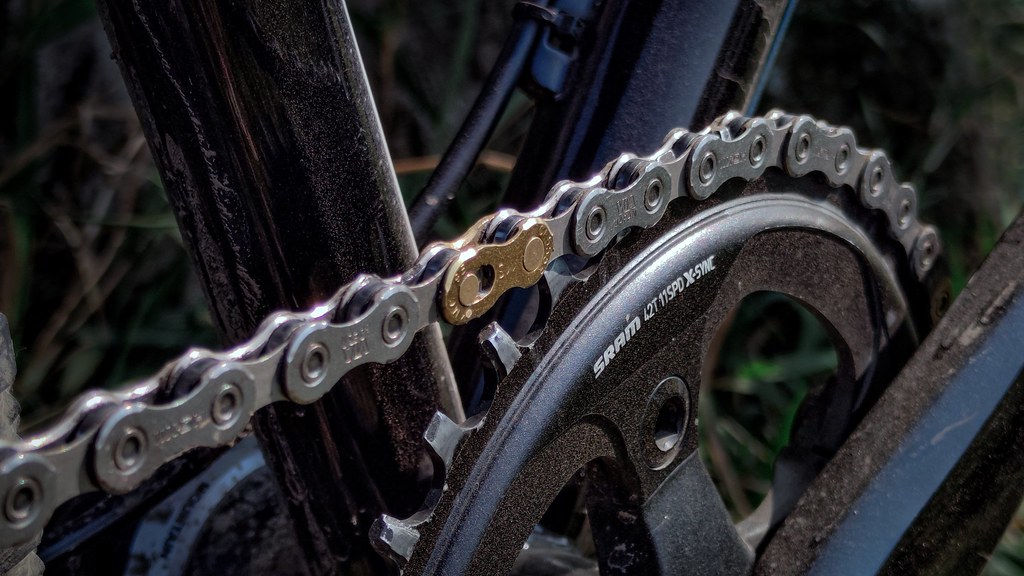 Most of the time, it’s merely soft dust. Sometimes, it’s chain-penetrating road spray. At times, it could be nasty cake of mud.

The problem with a bicycle’s chain is that, unlike a motorcycle’s, it’s exposed naked to the element. It’s especially bad news for bicycle’s chain because, unlike a motorcycle’s, it’s narrow and delicate—it was designed to be as lightweight as possible while still being able to handle the load from our legs and bodyweight. As such, it’s more prone to wear and tear, and more sensitive to imperfections.

As if they weren’t enough problem, we often expect our bicycle’s chain to be highly efficient as well.

That’s why we need cycling-specific lube; it’s designed to help a bicycle’s chain to fulfills its tall order.

Early bicycle chain lube is virtually indistinguishable from common oil lube—it’s thick and sticky. Unfortunately, it’s also a grit magnet, quickly turning into grinding paste that eats away the chain from the inside out. Later the industry experimented with much-thinner dry lube, expecting it to lubricate the chain as well without collecting as much grit. Unfortunately, independent testings showed what happens is exactly the opposite; dry lube is often too light to provide meaningful lubrication while still being a grit magnet, it’s virtually a worse choice compared to standard wet lube—in fact it’s said dry lube is worse than dry, lubeless chain.

Today, wax is considered the best option for cycling chain—it provides optimum dry lubrication while repelling dust. The gold standard is cooking the chain in melted wax—the so-called immersive waxing method. The hassle, however, has motivated the industry to create wax lube that is as easy to apply as oil-based lube, and brands have come up with their own formula.

Of course, just like everything else under the sun, not all drip wax lubes are created equal. 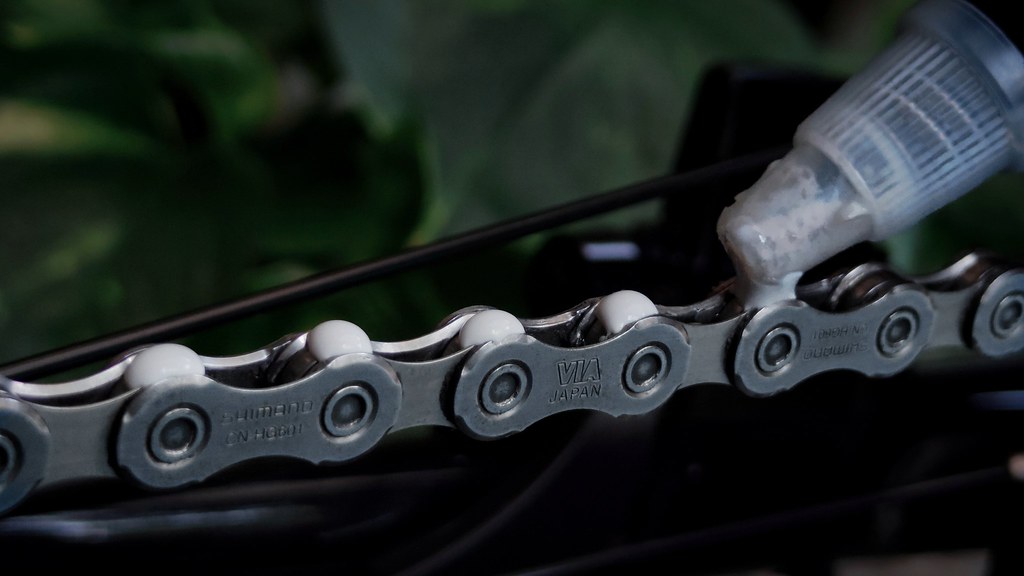 That was my first impression when my brother handed me his Silca Super Secret bottle. It was a humid, sunny day in Pekalongan; we had just finished cleaning our bikes after our ride to Petungkriyono. A couple of months before, I had told him that the dry lube he had bought was rubbish, and had suggested him to switch to wax-based lube next time. He hadn’t waited, though, and had bought himself whatever wax-based lube available at the bike store he had visited—that small bottle of Silca Super Secret.

I knew the brand is a guarantee of premium quality. I, however, didn’t think the difference justified its significantly steeper pricetag than the one I was using.

Still, I gave it a try—I had nothing to lose anyway.

The milky, almost odorless stuff was slippery. The thickness, however, allowed me to control how much I put on top of each chain roller—no wasted drips whatsoever. The usage instruction told me to finger-rub the lube on the chain, to push it into the inside of the chain. The white stuff has no oily consistency like the others I had tried, and soon the chain looked as if it had just had a milk bath. I spun the crank in smallest sprocket for a while, and then in the largest—as instructed—before wiping excess and leaving the lube to dry overnight. It was definitely a bit fiddlier than just dripping the lube, wipe excess, and call it a day, but it was hardly a deal-breaker.

When the morning came, I found that my bike’s chain was perfectly dry—and ran smoothly when I spun the crank. The sign of stickiness I usually find with my own lube—or with any chain lube I had tried so far—was nowhere to be found. Seeing how the chain’s rollers and pins articulated smoothly when I twist them with my fingers, put a smile on my face.

There was a more important question, though: how does it ride? 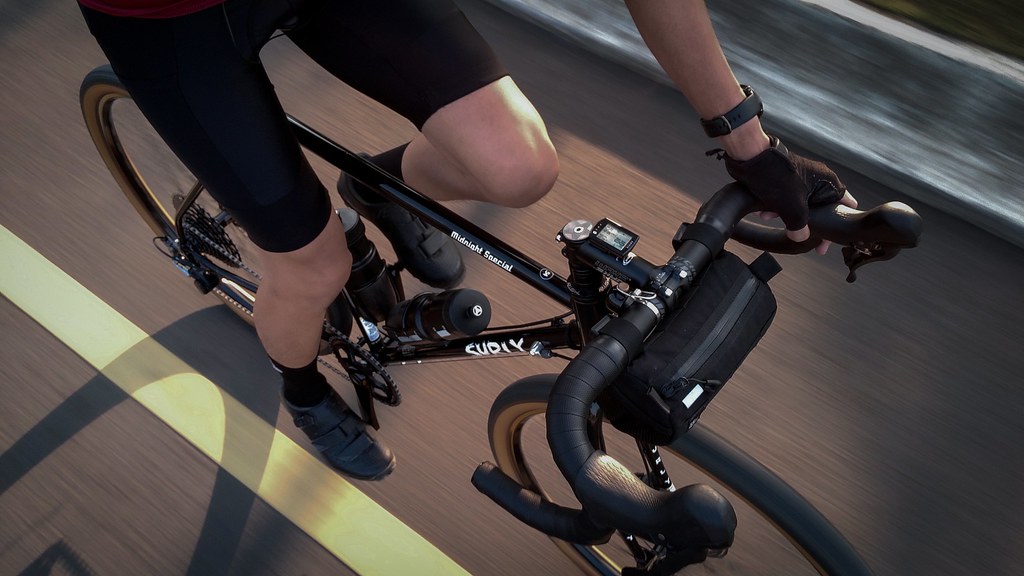 Out on The Ride

Taking the bike to training rides the following days revealed that the difference in efficiency from Silca Super Secret was imperceptible in real ride scenario—the efficiency gain was, perhaps, irrelevant for the kind of ride that I do. It was just as expected, to be honest.

The smoothness and the silence, however, were obvious from the get-go. What impressed me was the fact that it remained as smooth, as silent, and nearly as spotless after 80 km—the mileage when the chain usually began making audible squeaks with my previous drip wax lube. I decided to push the chain further, and naturally it sounded dryer, as the wax layer inside eroded over time, yet it also remained smooth, clean, and squeak-free, even after reaching 200 km-mark, upon which I was worried I was missing something and decided to relube the chain anyway. That one-time performance, however, has convinced me that Silca Super Secret is, indeed, worth the premium price, and that’s how I finally got my own bottle.

It was only later I learned that Silca stated the lube lasts as long as 300-400 km per application in dry condition, putting it almost on par with immersive wax’s mileage. Even with potentially lower mileage in more demanding riding condition, it’s still a magnificent feat, given the fact that many drip-wax lubes—including the one I used before—only last around 100 km. 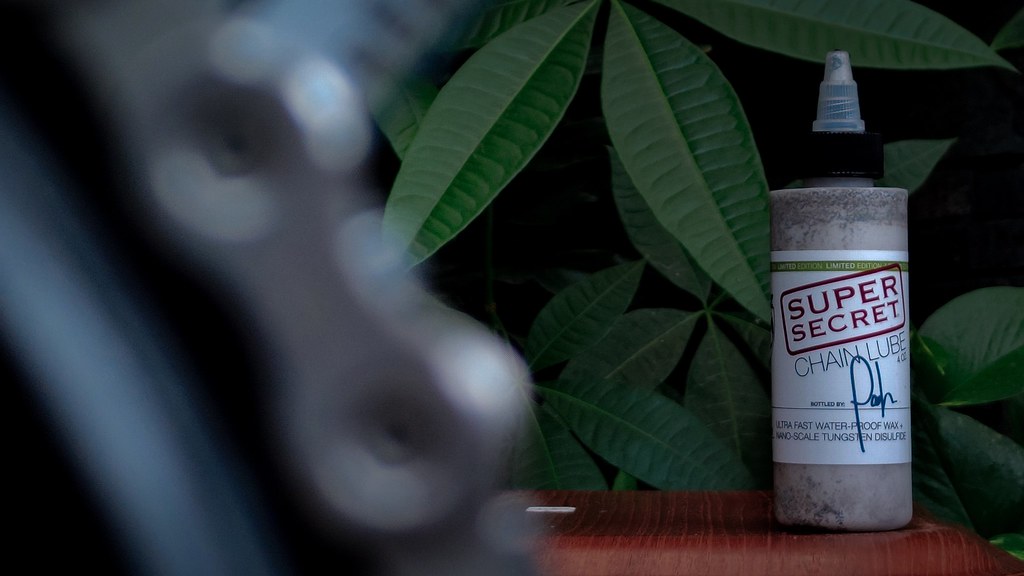 Is it too much to call Silca Super Secret a perfect cycling chain lube?

There’s no denying that it performs excellently—it makes the chain smooth, silent, and highly-efficient, while repelling dirt and prolonging the chain’s service life at the same time. There are few small niggles, however: it requires the chain to be stripped bare of any oil through aggressive cleaning for first use, and the application process is a bit fiddlier than standard oil-based drip lube. For me, though, they’re hardly a deal-breaker. In fact, getting almost all the performance benefit of immersive wax, without the cooking hassles, is yet another plus point.

Yes, the pricetag seems steep. At Rp375,000 (USD 26 at the time of writing) for 120 ml, it’s more than twice the price of my previous lube of the same volume, which is already expensive by itself. Looking only at the retail price, however, is missing the bigger picture. Case on point: by the time I spent 1.5 bottles of my previous lube, my brother only spent 30% of his Silca Super Secret bottle—which means the lube was five times more efficient than mine’s. Granted, there were differences of riding mileage and condition between my brother and I, but there were also obvious difference in relubing intervals and wasted drips. Based on such rough estimate alone, on longer term, Silca Super Secret actually costs half of the lube I previously used—and that before we factor in the cost-saving from potentially longer chain lifespan.

Then there’s the fact that Silca Super Secret is still much cheaper than other premium lube with similarly class-leading performance like UFO Drip and Absolute Black Graphene Lube. On the other hand, there are similarly priced lubes that actually perform worse than cheap hardware-store motor oil (it’s true: there are 2 brands at least). Considering those, the value-for-money of Silca Super Secret is actually hard to beat.

The biggest drawback of Silca Super Secret, for me, is not its high initial cost; it’s the drying time—a common problem with drip wax lube. Silca recommends drying time of 12 to 24 hours, depending on humidity. As such, it might not be a best choice for long ride over 400 km—think something like Audax or Ultracycling. To be fair, however, all kinds of lube would be just as struggling in such demanding riding condition. And for most cyclists, working around the drying time can be as simple as relubing after a ride, so the chain is ready for the next day’s ride; and it’s still easier than cooking the chain in immersive wax.

There is one major question left: how much does the lube affect the chain’s lifespan? The answer might need longer testing time, and I will update this review once I got them.

Regardless, for now, I couldn’t help recommending the lube to any cyclists. As I cleaned my bike on one fine weekend morning, noticing the clean chain, I knew, Silca Super Secret is a perfect lube for me, for thousands of kilometers to come… 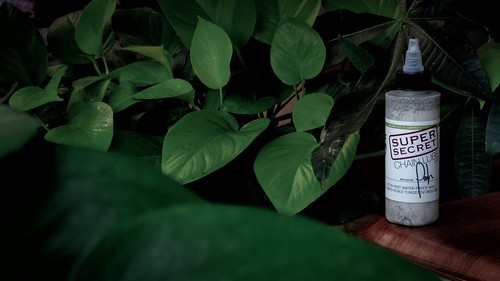 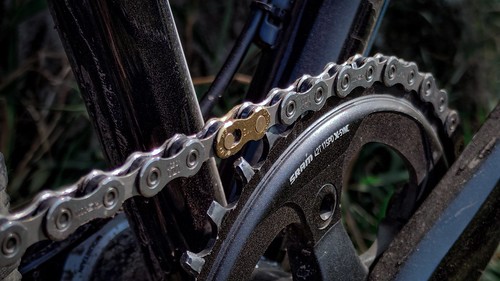 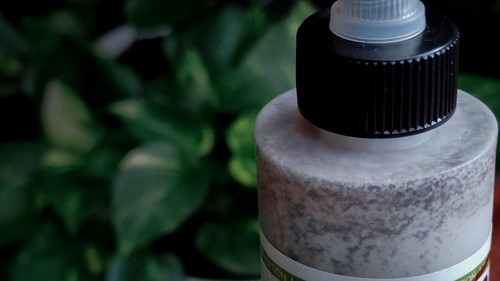 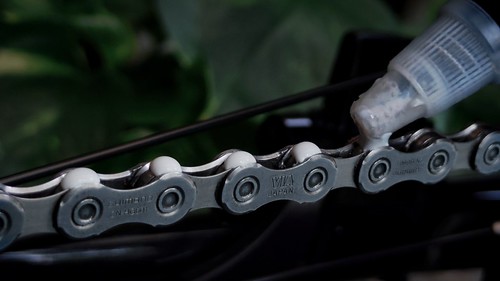 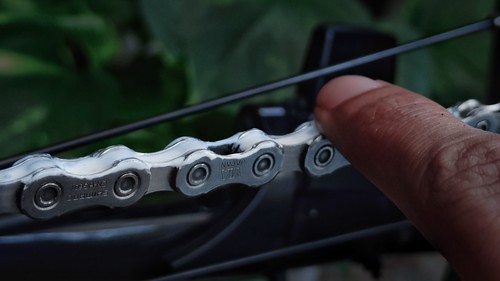 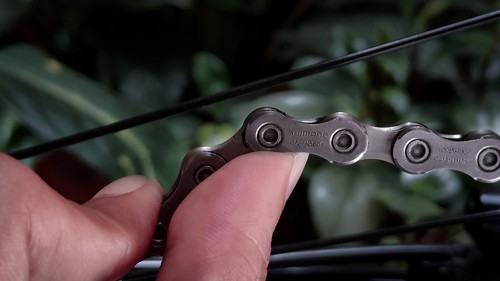 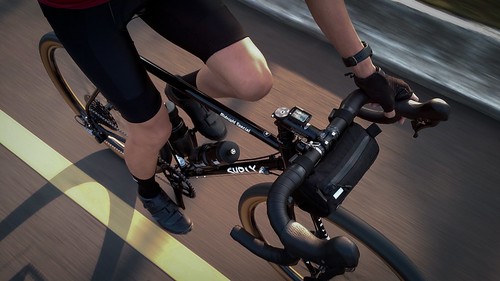 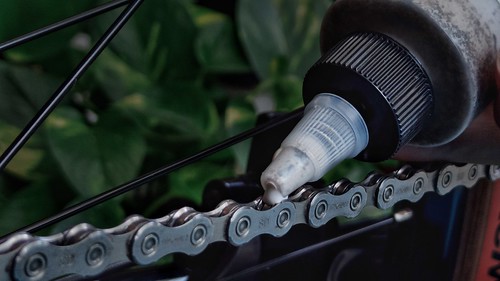 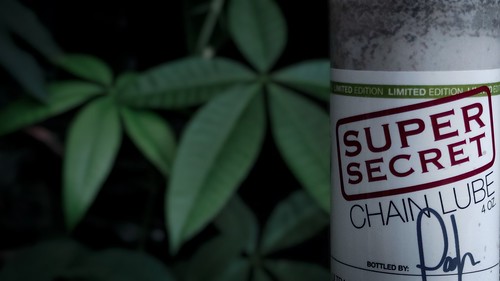 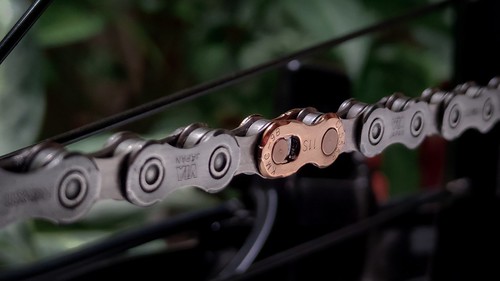 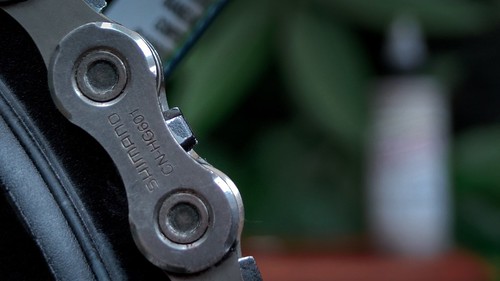 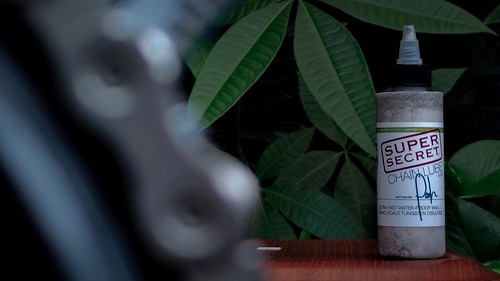