There was a moment in my cycling history when I spent my days reading Bikeradar’s Mountain Bike Reviews and was sold to the idea that longer, slacker means better. That was the moment I traded my 100 mm cheap coil suspension fork with an adjustable air one and set the travel to 120 mm. Later, as the longer & slacker mantra sank deeper on my mind, I set the fork’s travel to 140 mm and slackened my hardtail’s headtube angle further. That moment, however, has come to and end.

Today, I rode the same 26er bike with 100 mm suspension-corrected rigid fork. I have to admit that initially, at times, I missed the plush of air suspension fork. This is especially true on rough, macadam descends. Soon, however, I got used to it. After only ten rides, I found myself managed to keep up, even surpass, my hardtail-riding buddies on such descends. Now I’m fully convinced that rigid is the most suitable bike setup for me—and, arguably, for most cyclists. 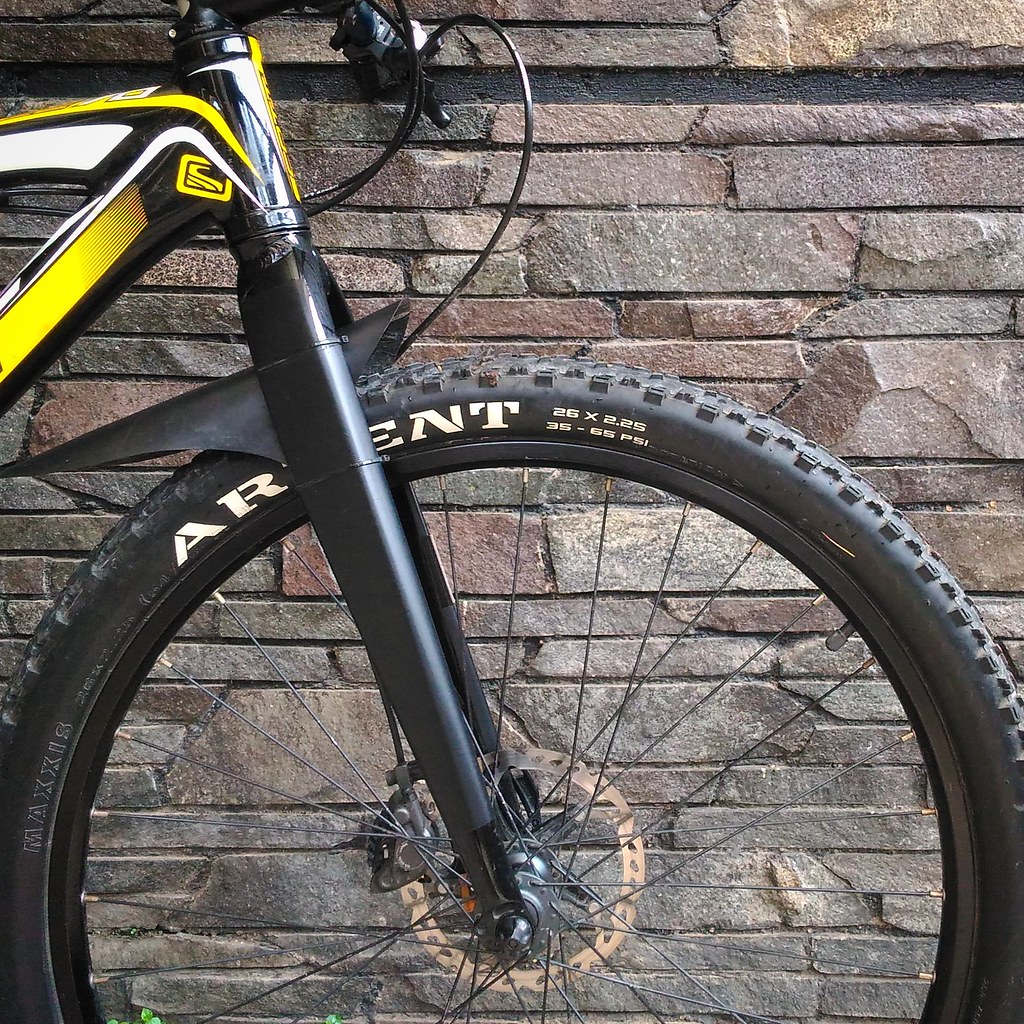 To me, simplicity and peace of mind was the main benefit I expected when I converted to rigid—the same reason I converted from 3×10 to 1×10 (more to that someday). Don’t get me wrong, I did love my air suspension fork. I was, however, growing tired of adjusting air pressure, lubricating the stanchions, fettling with rebound adjustment, and visiting bike mechanic for regular maintenance. I wished it was as simple as fit and forget.

Once a mechanic messed up with my fork’s internal. It was leaking air, so I had to visit another mechanic the day after just to fix it. I knew modern suspension forks are reliable—it has never failed me before, or after—but that one accident got me thinking. What if another maintenance error resulted in catasthropic failure when I was riding away from the city, from civilization? Eventually, the perceived potential risk, as well as the wish to remove maintenance hassles, convinced me to take the leap. 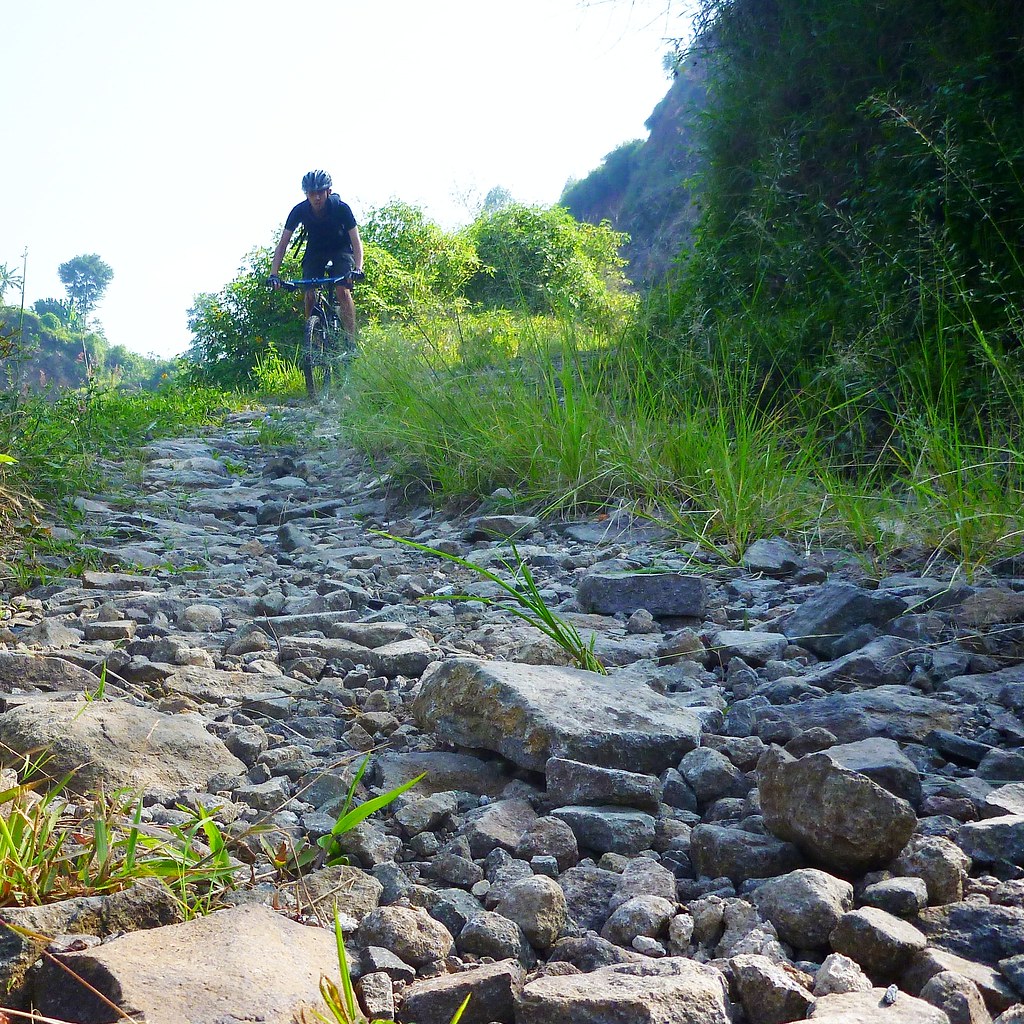 Even before I converted, I had read some mountainbikers’ opinion about how suspension makes us lazy, and how riding rigid trains us not to. It still surprised me, however, how I—or my body, to be precise—adapted to the rigid ride effectively.

On the first ride after the switch, rough descends was a punishment. The vibration forced me to slow down, to pay attention to the trail, to pick my line carefully, while my hardtail-riding buddy blasted down and disappeared from my sight. At the end of the 2 km run, my hands was as numb as a wooden stick. Over time, however, paying attention to the trail and picking up the best lines became my second nature. It wasn’t, however, the only way my body adapts.

Back when I was looking for a way to ride offroad faster, I read about using the body to ride smoother: to get off the saddle and move backward to balance weight distribution, as well as to drop the heels, bend the knees, and loose the joints to absorp shock. I did put them to practice on the trails. I didn’t know I didn’t do it right, however, until the suspension was gone and the trail punished me for every mistake I made. On the other hand, after I converted to rigid, my body adapted to do them right, even without me trying. I didn’t even realize it, until I found myself riding as fast as—even faster than, at times—my hardtail-riding buddies. I’m so sure that if I go back to riding sussed bike now, I’ll be much, much faster, but no; I’m not thinking about ever going back.

Recently, there was another adaptation I made to the bike: tyre setting. Wide, low-profile mountain bike tyres certainly helps taking the stings out of the trail compared to skinny road, even cyclocross, tyres. The pressure, however, makes the difference between a smooth float and a jarring ride. I had long sought after the perfect tyre pressure and believed that I’ve finally found the magic formula thanks to Jan Heine’s article, but more to that someday… 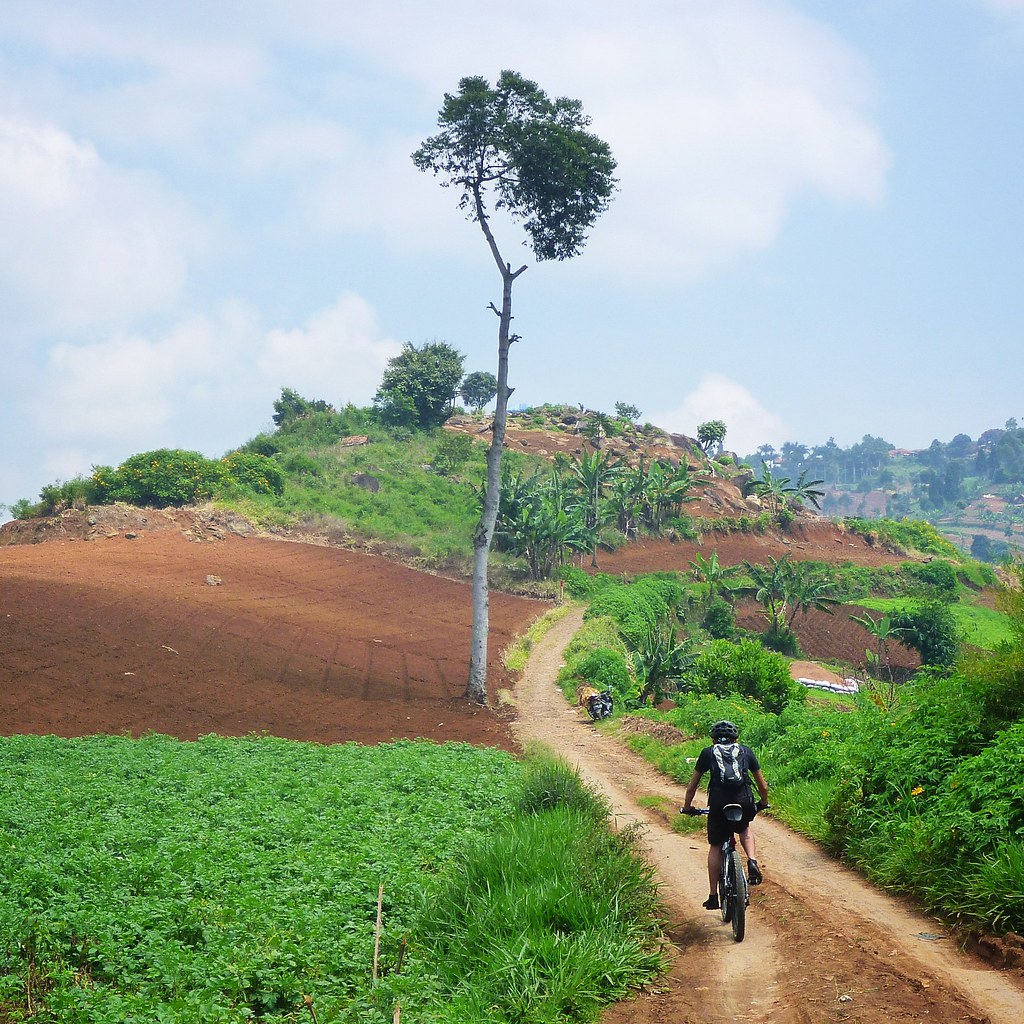 Suitability for Most, but not for Everyone

After a year of riding rigid (and three full years on a hardtail), I believe rigid is the suitable setup for most cyclists. Novice and serious cyclists alike would appreciate the simplicity, the low weight, as well as the low maintenance nature of the rigid fork. It is also significantly cheaper, allowing the cyclist to spend more on other quality component (or more on cycling trip cost). This is true for wide range of riding style, even for mostly-offroad application. I speculate such was the thinking behind the birth of adventure, gravel, and offroad touring bikes, which are rigid by default.

Rigid bike, however, is certainly not for everyone.

First, it is certainly not for those riding exclusively offroad. This is especially true for those spending long hours (even days!) there. While it is possible to ride long offroad hours on a rigid bike, the benefit of having suspension outweighs the cost and hassles. Suspension smoothes out stings and bumps from the trail and therefore keeps the rider fresh longer on full offroad excursion. It is the reason people opted for sussed bike for long offroad event like GDMBR.

The benefits of having suspension becomes even more pronounced for those who aims to ride offroad fast. Think of downhill, enduro, even XC. In these type of riding, suspension smoothes out bumps and chatters and therefore helps the rider to rail the track faster.

Do you ride rigid or sussed bike? Do you think rigid setup is better, or do you think you can’t live without suspension? Why? Make your voice count; share your thoughts below.

7 thoughts on “Suspension vs Rigid: The Reason I Converted”