For the past few years, Tebing Keraton (lit. “The Royal Cliff”) has become one among the most popular tourist destinations in Bandung. It is largely known for its “instagrammable” view of lush Maribaya valley, carved by Cikapundung river across the Lembang Fault for eons. It is also a mere 9 km uphill trip from the city, making it a great destination for half-day leisure cycling.

The route itself was popular among uphill cyclists in Bandung. Since becoming famous in 2014, Tebing Keraton has become a blessing as well as a curse to cyclists. In one hand, it had forced the local government to seal most part of otherwise rocky, gravelly steep road, making it easier for cyclists to climb it, while in another, it has made the track packed with tourist’s cars and motorcycles as well, especially on weekends and holidays. That sunny Friday, however, I had the road almost exclusively for myself. Only occasional motorcycles passed through.

Few segments of the track, however, were still unsealed. Upper half of Tanjakan Putus Asa (lit. “The Climb of Desperation”), especially the one across the pine forest after Warung Nangka, was still rocky and loose, giving cyclists and tourists hard time climbing it. So was the last 1.5 km road to Tebing Keraton. The last 200 m climb was especially harsh and slippery, that it was wiser for me to push the bike instead of trying to ride it through. 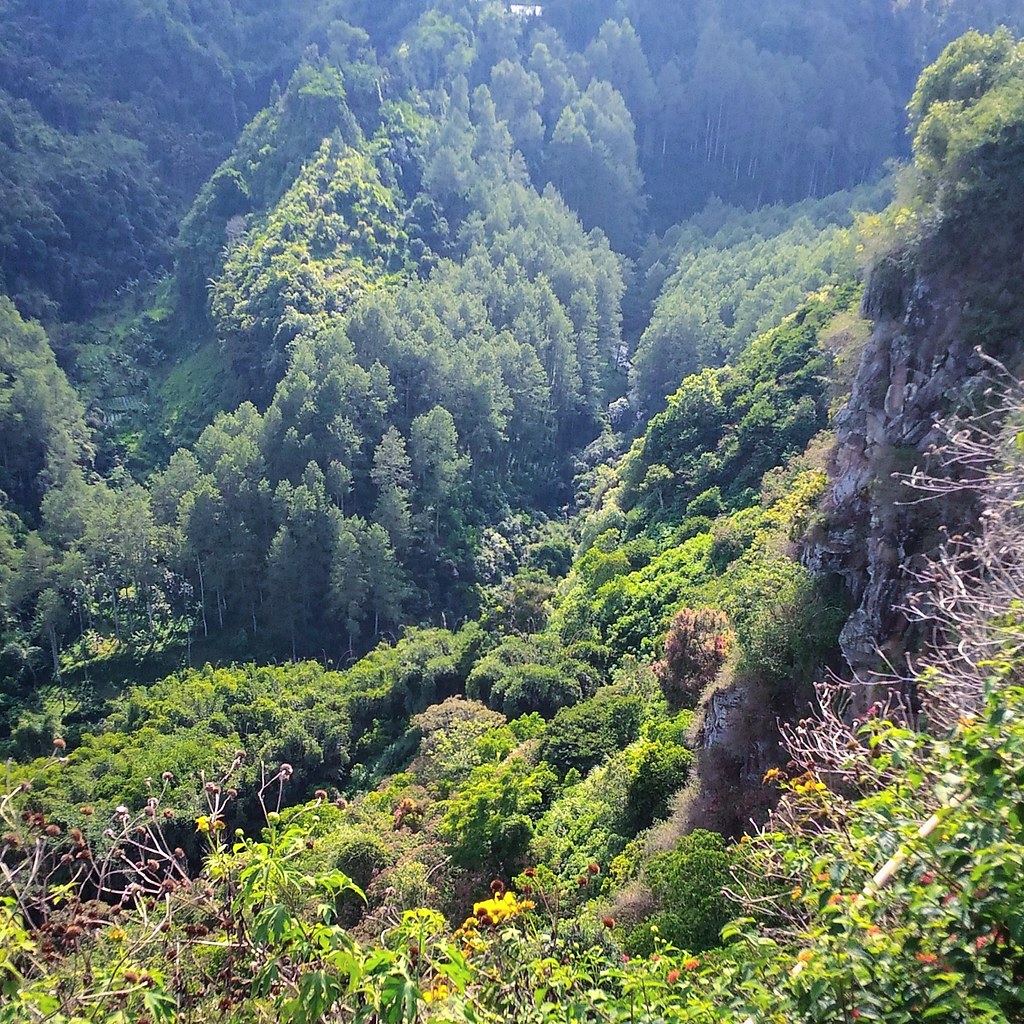 The struggle through the climbs was paid in spades when I finally reached my primary destination. With only few tourists around, I could snap clear pictures of the valley, both to the north and to the south, as well as the view of Mount Tangkubanparahu dan Mount Burangrang, standing side by side in the northwest.

From Tebing Keraton, I descended back and dropped by Bumi Herbal Dago, a favorite hangout place for weekend uphill cyclists, for some treats. From there, instead of taking the same road to go back home, I decided to take the hilly, twisty road to Caringin Tilu. Caringin Tilu itself was a popular destination among local tourists looking for local dining experience with clear view to the city. My final destination, however, was J2C/Tamiya, a 4 km groomed offroad trail across local plantations and settlements. It was popular among MTB lovers in Bandung due to its relative proximity to the city compared to other trails. Even so, I didn’t meet other mountainbiker along the path. The thrill of speeding along the singletrack became a perfect dessert before I got back home and ended the trip. 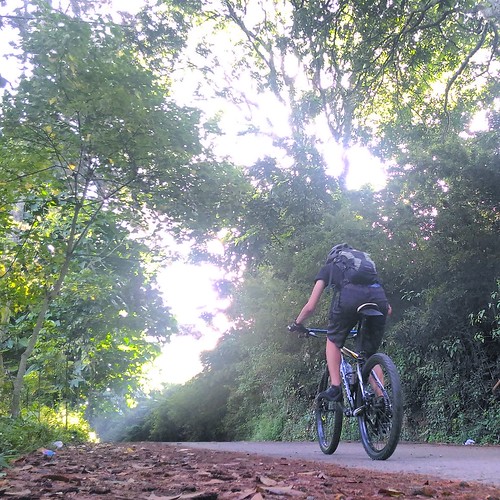 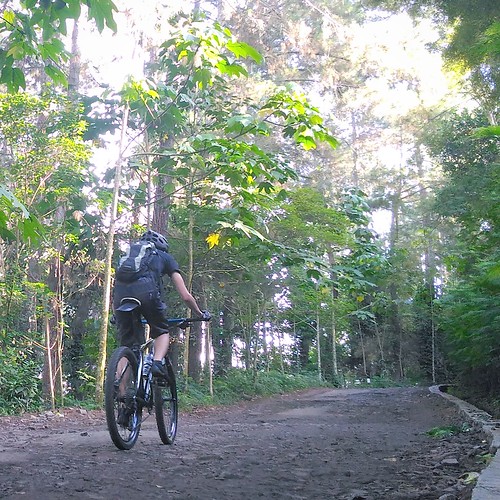 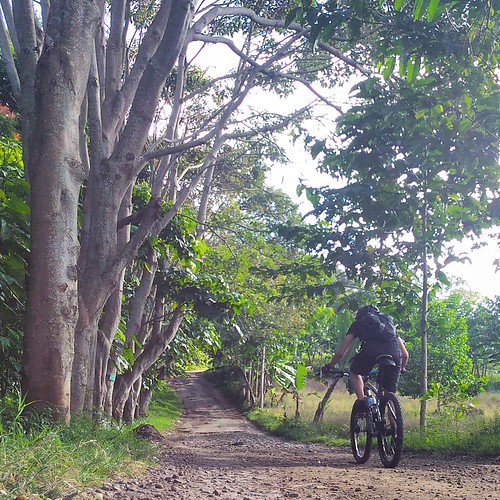 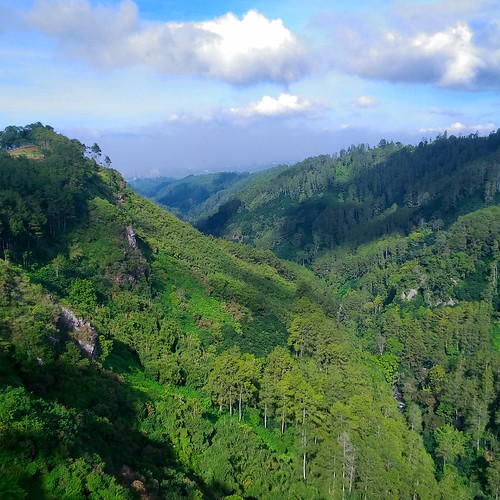 Maribaya Valley, to the southwest from Tebing Keraton 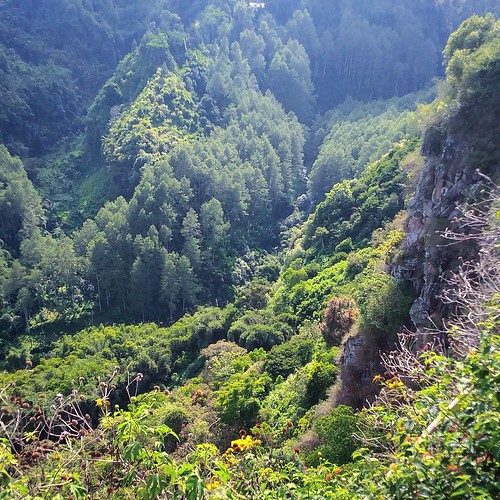 Maribaya Valley, to the north from Tebing Keraton 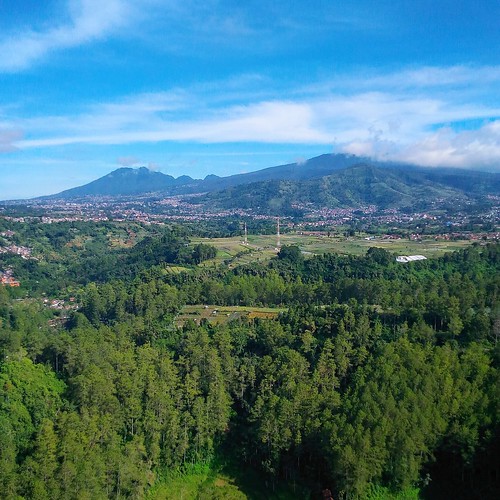 Mt. Tangkubanparahu & Mt. Burangrang, to the west from Tebing Keraton 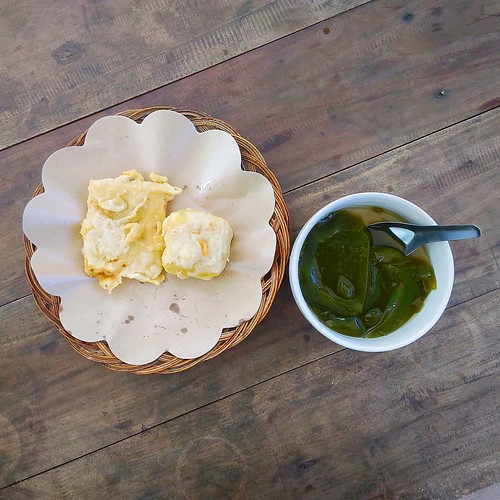 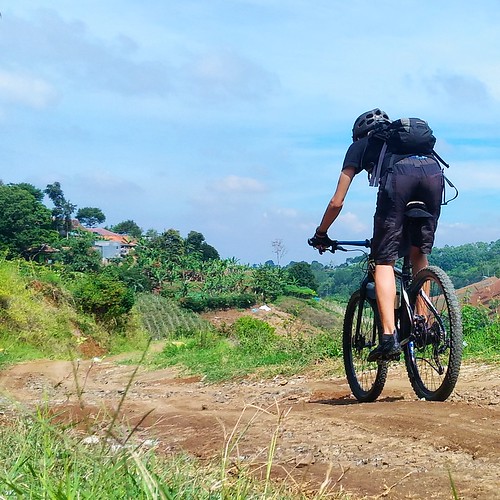 The Snaking Road to Caringin Tilu 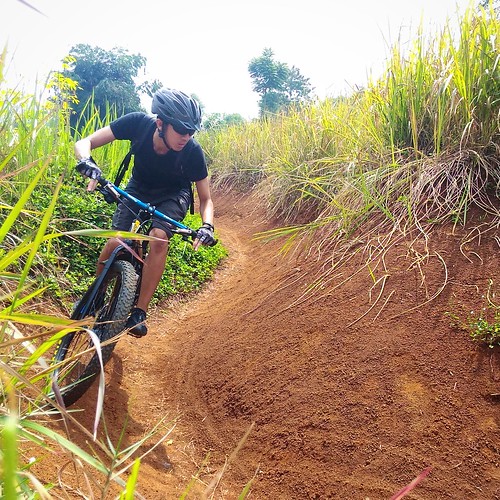