Located at 1,200 m above sea level deep in the heart of Kerenceng, Calancang, and Bujung mountains complex, on the east border of Bandung, Taman Buru Kareumbi-Masigit (Kareumbi-Masigit Hunting Park) might not share the hype or fame of other natural tourism destinations around Bandung. It is worth visiting, however, particularly for some serene time in the middle of the woods, away from bustling daily city life. Originally used as an official hunting ground (hence the name “Taman Buru”), the acres of lush forest has long been declared as conservation area.

The trip began with the ride to the east of the city through the long, smooth, relatively flat interprovincial road crowded with rushy mopeds, speeding cars, randomly-stopping angkots and intercity buses, as well as black-smoke vomitting trucks, even early in the morning, just after dawn. Pedalling along the easy climb of Cinulang road, with the view to Bandung’s southern mountains in the background afterward, was liberating.

Our first stop along the climb was Pasir Candi, a hill located just 1.5 km into the climb, before the road turned east. Its northeastern side is an open field used as the center of a weekly bazaar, while its southwestern slope was lush with tobacco plant. Just after the turn, the roadside displayed the view of Mount Kerenceng to the northeast, with river and terraces of ricefields on its lower slope. While the mountain showed no volcanic activity nowadays, topography maps revealed crater-like structure around the peak, with opening to the northwest, buried under the lush green forest, suggesting that the mountain was once an active stratovolcano, with its last eruption pointed westward, sometime in an unknown, distant past.

Along the way we made a stop at Curug Cinulang, a well-known waterfall in the area. Also known as Curug Sindulang, the waterfall could be reached after I paid an entrance ticket and walked my bike through a steep, slippery rocky stairs down. The 20 m waterfall exposed black igneous rocks along its stream, presumably the remains from surrounding mountains’ volcanic activities in the past. The waterfall was only visited by few tourists when I was there, which was easily understood; the place lacked proper tourism facilities. 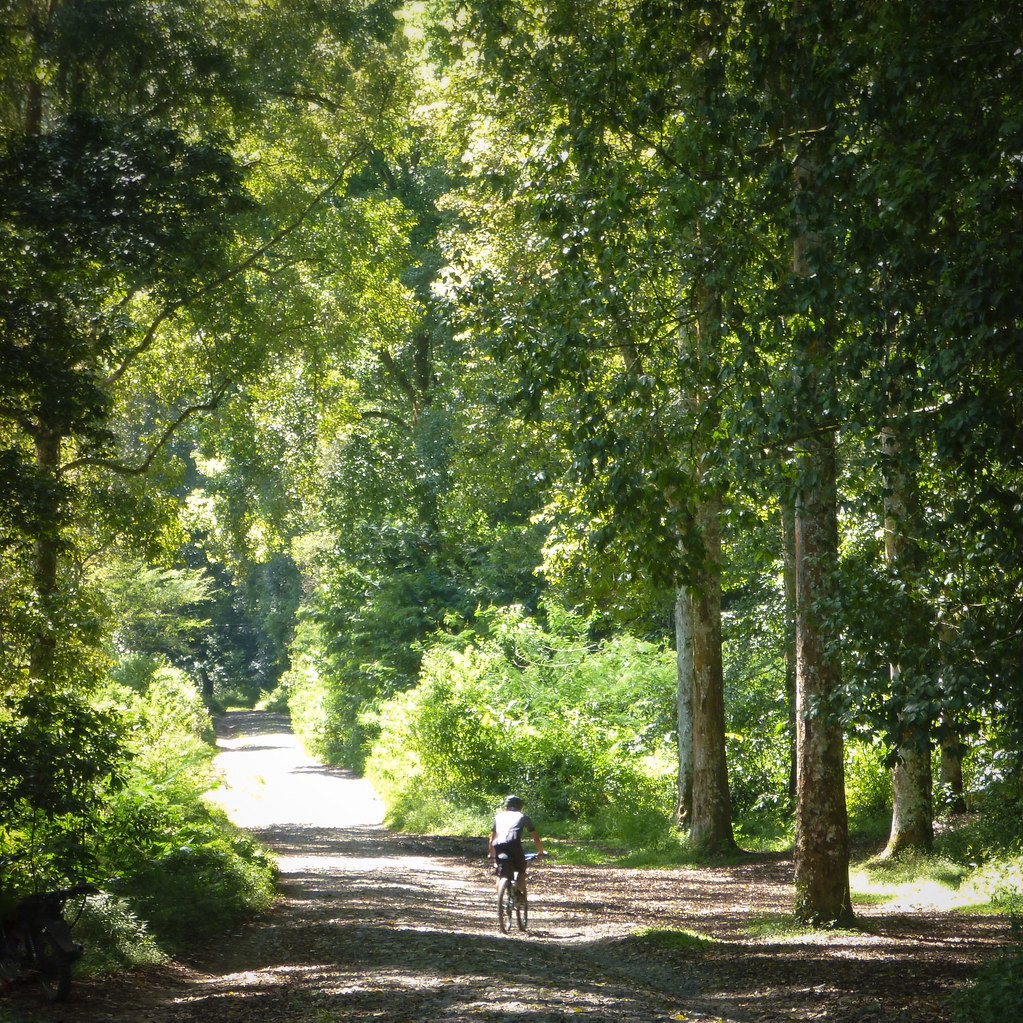 From the waterfall, Kareumbi-Masigit park, my main destination for the trip, was still further to the northeast. The climbing road was relatively smooth and easy, fortunately, with occasional gentle rolldowns and refreshing views along the road. It was only 700 m before Kareumbi-Masigit entrance gate that the road turned rocky, rough gravel. Thankfully, by then, it was no longer climbing, and it was dry when we rode through that it wasn’t slippery. The fresh air and the tight trees overshading from both sides made pedalling through the rocky road a pleasant experience rather than a chore. Past the gate, the rocky road extended further deep into two small enclave villages in the middle of the forest, but we only rode to the iconic wooden cabins called “Rumah Pohon” (lit. “Tree House”) and took a break there. We also visited the deer breeding ground, but we didn’t get to see any, unfortunately.

From there, we turned around and descended back toward the city. Just past the first settlement from the park, however, we took the road to the right at the junction, which led to a different road from the one we came from. The hilly, twisty rural road led us to yet another road across Cilembu region. Situated at the western base of Mount Kerenceng, Cilembu area is well-known for its high-quality sweet potato, honey-like sweet potato. Yet when we rode through the sun-scorched climbing road, we had a hard time finding a sweet potato plantation—times and again, we found cassava and corn instead.

The climbing road across Cilembu eventually led us to Bandung-Sumedang main road, which continued climbing all the way to Tanjungsari. There, I made a stop at a warung to buy myself a plate of oven-baked sweet potatoes, sizzling with honey-like sugar. It was a fitting replenishment, especially after the long riding trip from Bandung. From there, we still had to roll the road down to Jatinangor, followed by grinding the bike through the bustling, crowded interprovincial road to the west, to get back home. 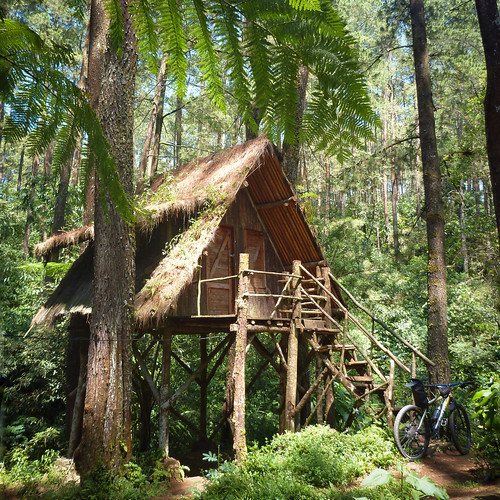 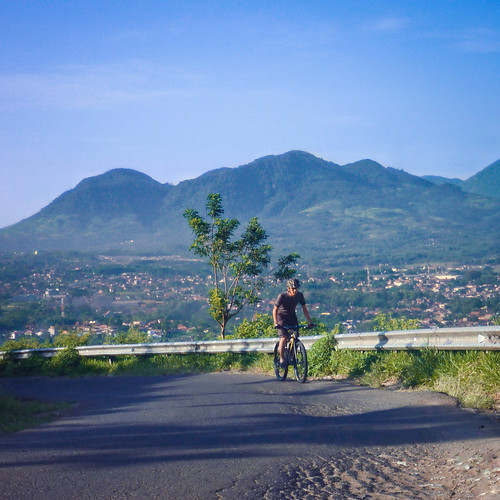 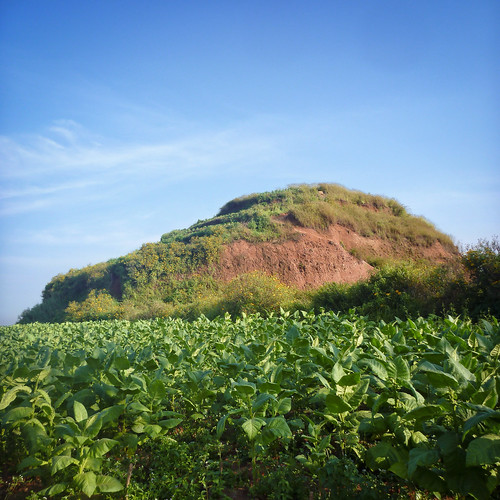 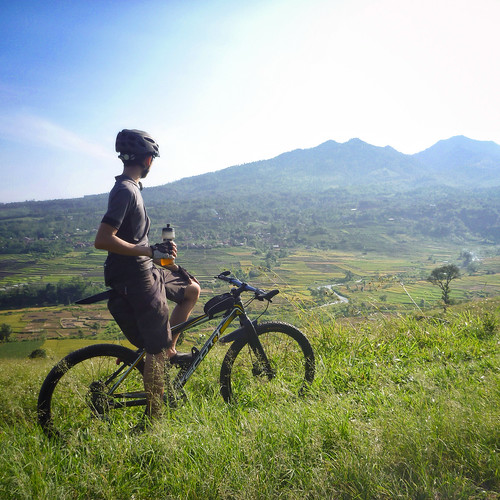 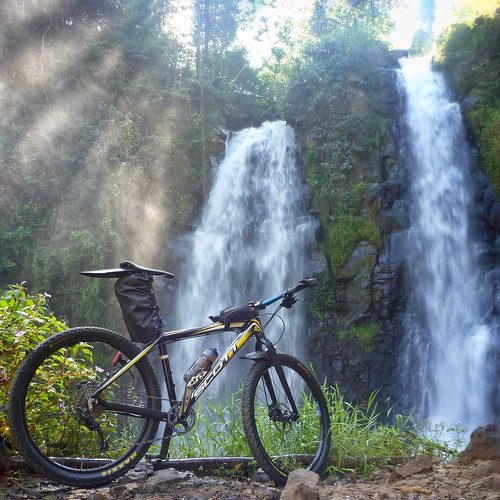 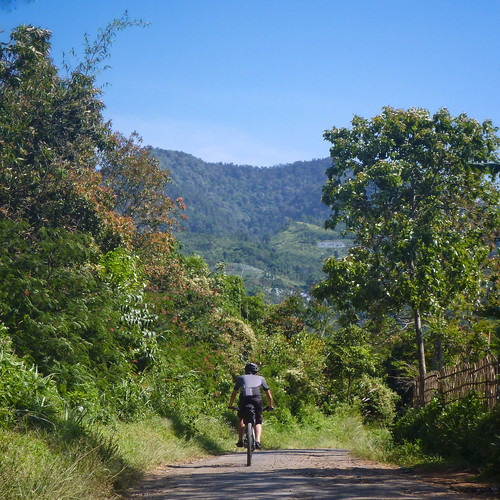 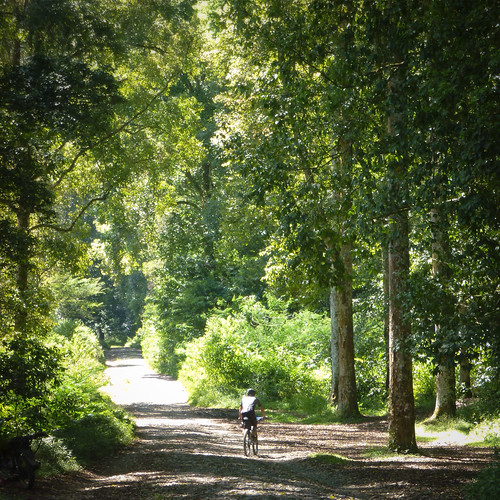 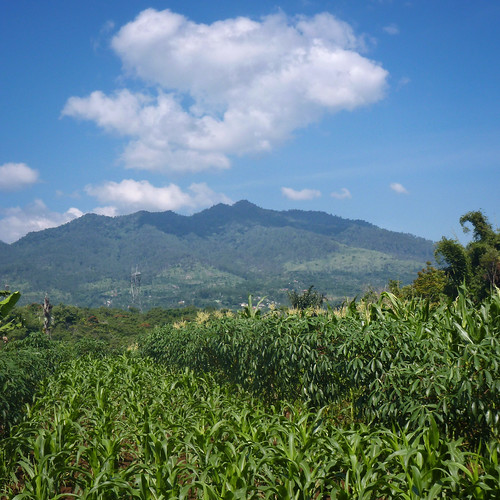 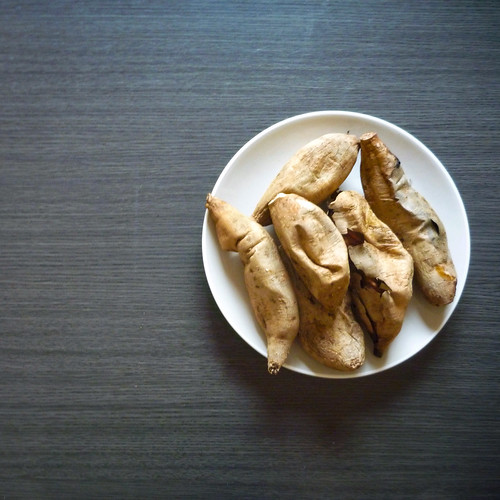 A Plate of Cilembu Sweet Potato