Could there awe-inspiring, unexplored routes left around Bandung?

The city has, indeed, plenty to offer. Gambung Loop is, arguably, the most popular one; so is roadie-friendly Wayang-Windu route. Cisanti Loop has also been my personal favorite. For shorter, sub-fondo routes, Eurad Pass seemed to be local cyclists’ favorite, while Sukawana Tea Plantation has become my personal preference recently. Yet even their magical charm faded, bit by bit, the more we rode them, over and over again…

That’s how the question manifested itself in my mind.

Few has tried to explore around; Ahmad Subki, for example, has been actively exploring new routes to the west and northwest of Bandung for some time—including the Bandung Outback event route. For me, those new routes left a little to be desired, however; that was, until I participated in Graventuria‘s ride event last March, which beautiful route gave me better insight about where to explore.

Situated at the southwest of Bandung, Rancabali highland is notably distinct for its vast, hilly plains of tea plantation—one among its spades of attractions to tourists. It wasn’t as popular as cycling destination, however, for a reason; featuring the highest paved mountain pass in West Java, the highland required a 30 km, 950 m of elevation climb, just to get to the area. And, thanks to its hilly terrain, riding around the region would quickly add up to the total elevation gain.

For a chance of discovering an awe-inspiring, unexplored route, however, I rode there anyway… 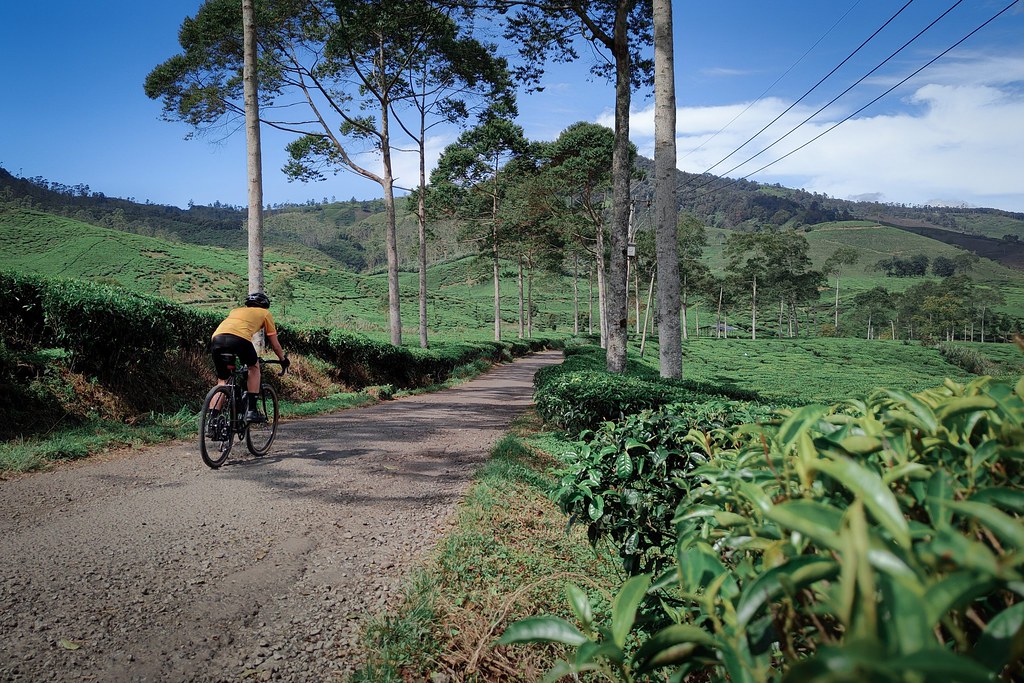 It was 5.15 in the morning; the sky was still black when I left home. Pedalling at comfortable, constant pace brought me to Kawah Putih Entrance Gate—the rest point near the peak of the mountain pass—at 8.30. After a quick gulp and chew, I rode further southwest, toward the direction of Warung Kabut, tackling moderate descents and climbs along the way.

Warung Kabut, however, wasn’t my destination this time.

After a straight descent section, I made a turn to a smaller road to the right. Maps showed that the small road would eventually lead to the main road in Sinumbra—another tea plantation section to the west. It was 9.15 in the morning; the sky was bright and blue like oversaturated painting, and the morning sun’s warmth and chilly high-altitude breeze were refreshing. As I descended the relatively smooth road with big smile, I thought to myself: I might’ve discovered a nice roadie route.

Unfortunately, such moment of bliss quickly came to an end.

Almost in an instant, dark clouds covered the sky, and the roadie-friendly road turned to bone-shaking rocky trail halfway through. They were least of my concern, however; it was, instead, the fact that I found myself all alone, in the middle of remote plantation, with no cell signal reception, that worried me. And the view wasn’t as great as I had hoped. The barking dogs in the distance haunted me with risk of a random attack. Soon the ride felt like a rush for survival; as I pushed through the rough road, I kept praying that I’d make it to the main road without harm…

Thankfully, it was exactly what happened.

From the main road junction in Sinumbra, it took a 13 km, 450 m of elevation climb to get back to the Kawah Putih Entrance Gate. It wasn’t as tough as I had anticipated, however, thanks to adequate power management. After a short rendezvous and snack time with Ditta Agun and Irsyad on a roadside warung, I descended back to the city and called it a day. 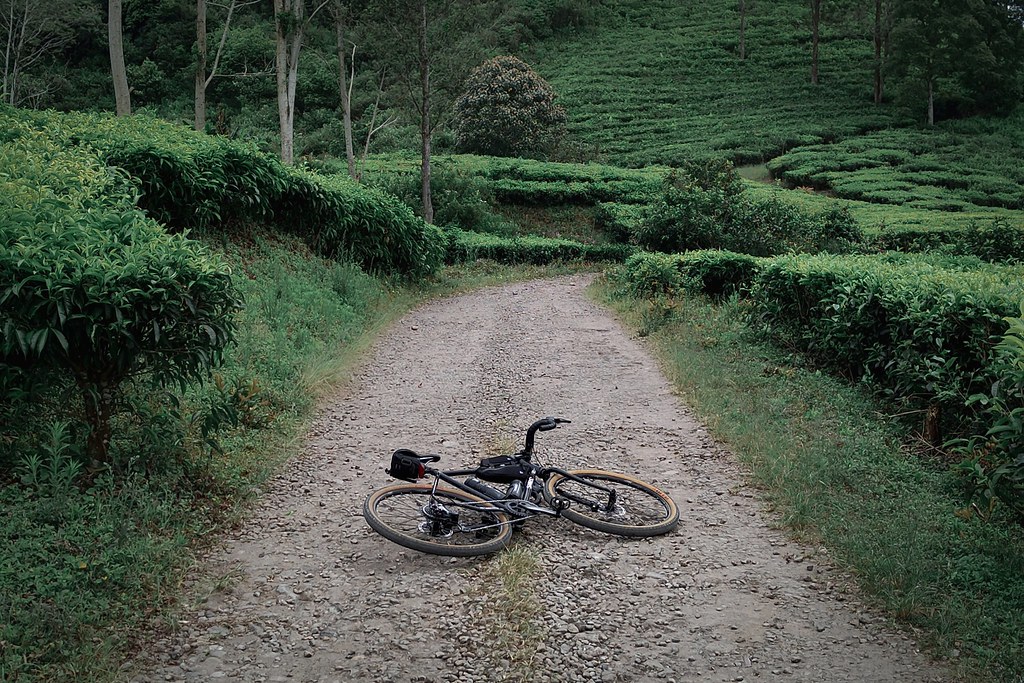 So, is Rancabali – Sinumbra traverse road worth a ride? As I’ve said before, the view wasn’t as beautiful as I had hoped, but it was far from bad. With all those climbing involved, however—2,100 m of elevation gain in total—I personally think it wasn’t worth the effort. Still, a new rideable route might be interesting to some of you anyway. A piece of advice for you who would like to give the route a try: bring a friend or two, don’t ride it alone.

On the other hand, I still believe there are beautiful, unexplored routes remaining in Rancabali—in fact, I had two other routes I plan to explore there in near future. Let’s hope at least one of them turn out to be the new awe-inspiring cycling route I’ve been searching around… 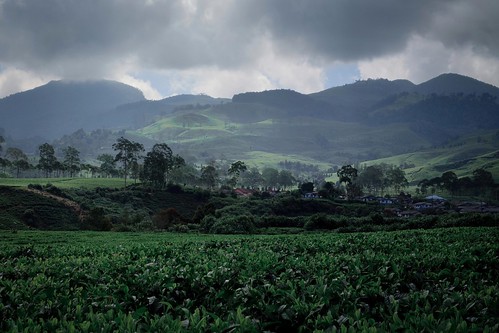 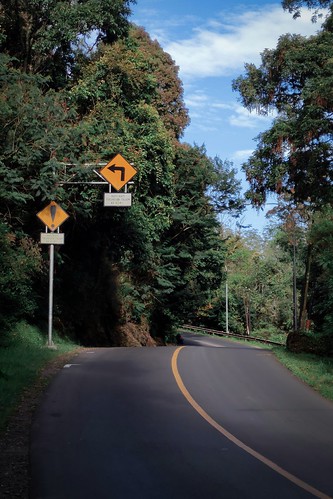 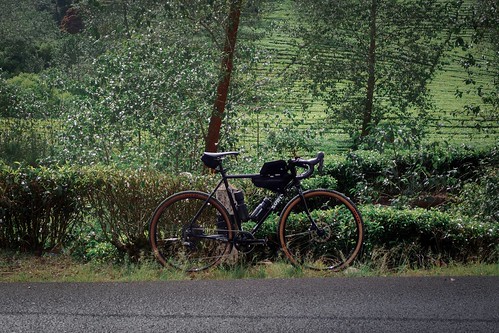 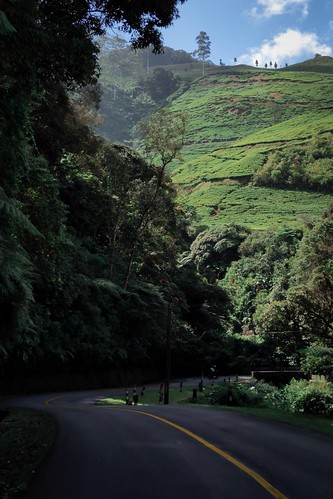 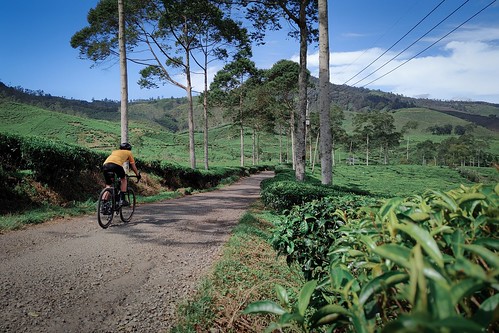 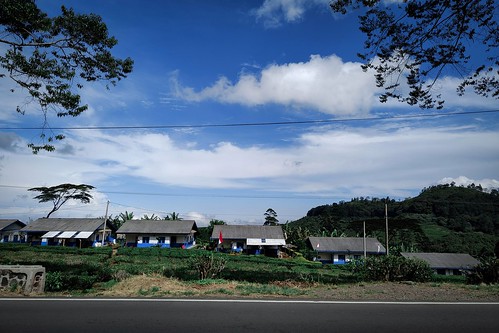 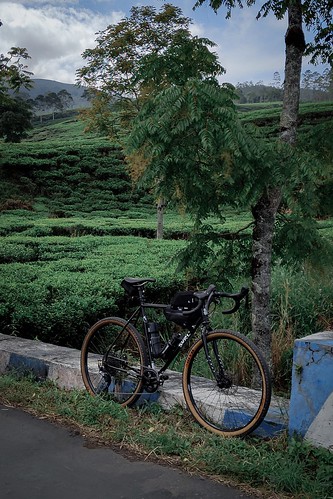 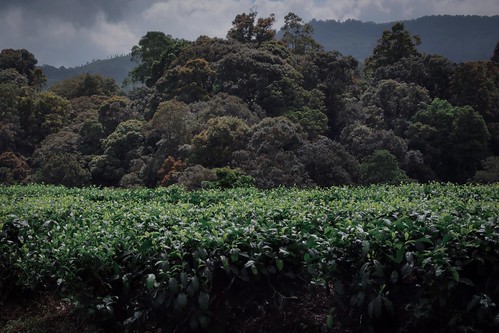 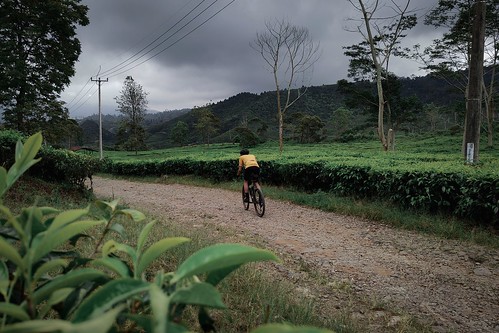 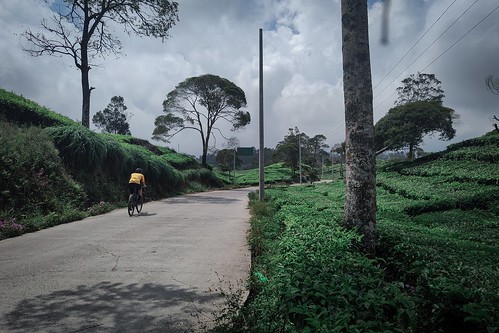 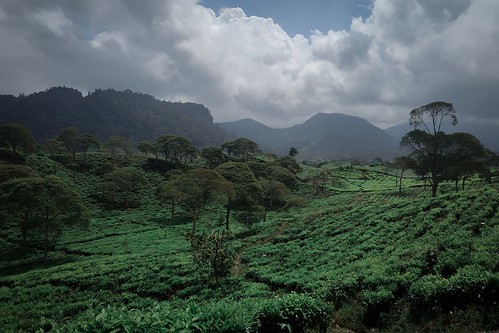 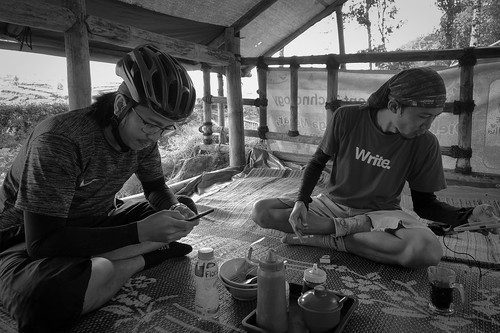 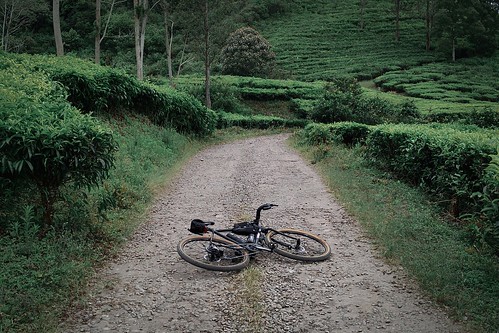 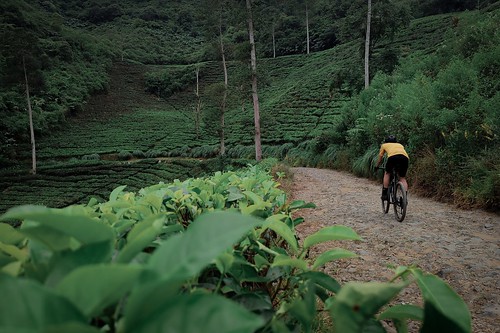 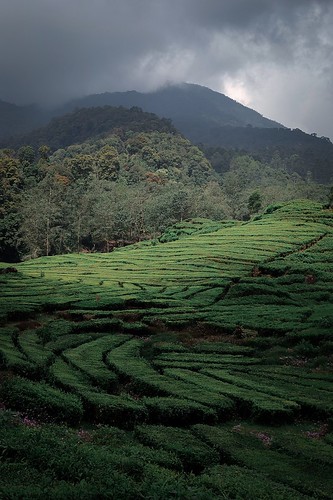 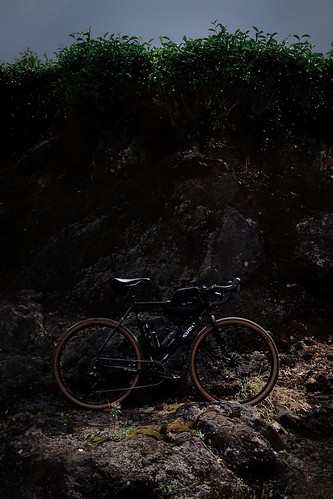