As someone who rides all road, I preferred the comfort and freedom of tight-fit road short instead of the baggy MTB one, but also wanted pocket for extra space to carry things. Reading through the budding trend of gravel-specific clothing, I realized, I wasn’t alone. Yet even in developed worlds, road short with pockets is still a rarity. It was, therefore, surprising to find that in Indonesian market, one local brand—Singletrek—had been making such road short for a while.

Most of Singletrek’s products are aimed at MTB crowds; their road shorts are outliers. I was at first interested in its Swift Pocket line, which highlighted features include a small pocket at the side. To my disappointment, there was no stock left for my size. That was when I found out that their Sonic line, though not highlighted, features the same small pocket too. It also comes with small, unobtrusive logo that keeps the aesthetic simple, which suits my taste well.

Touted as their newly-redesigned road short, Singletrek Sonic boasts several features, including performance-oriented 8-panels anatomical cut, close-fitting PolySpanLycra for durability and comfort, flatlock stitching to eliminate irritation, and 3-D Lexytex Pad that is claimed to provide better comfort and perspiration. Coming at IDR 200K (USD 13), it sounds almost too good to be true. I decided to go ahead and buy one, though, to see how it performs, and how much it delivers. 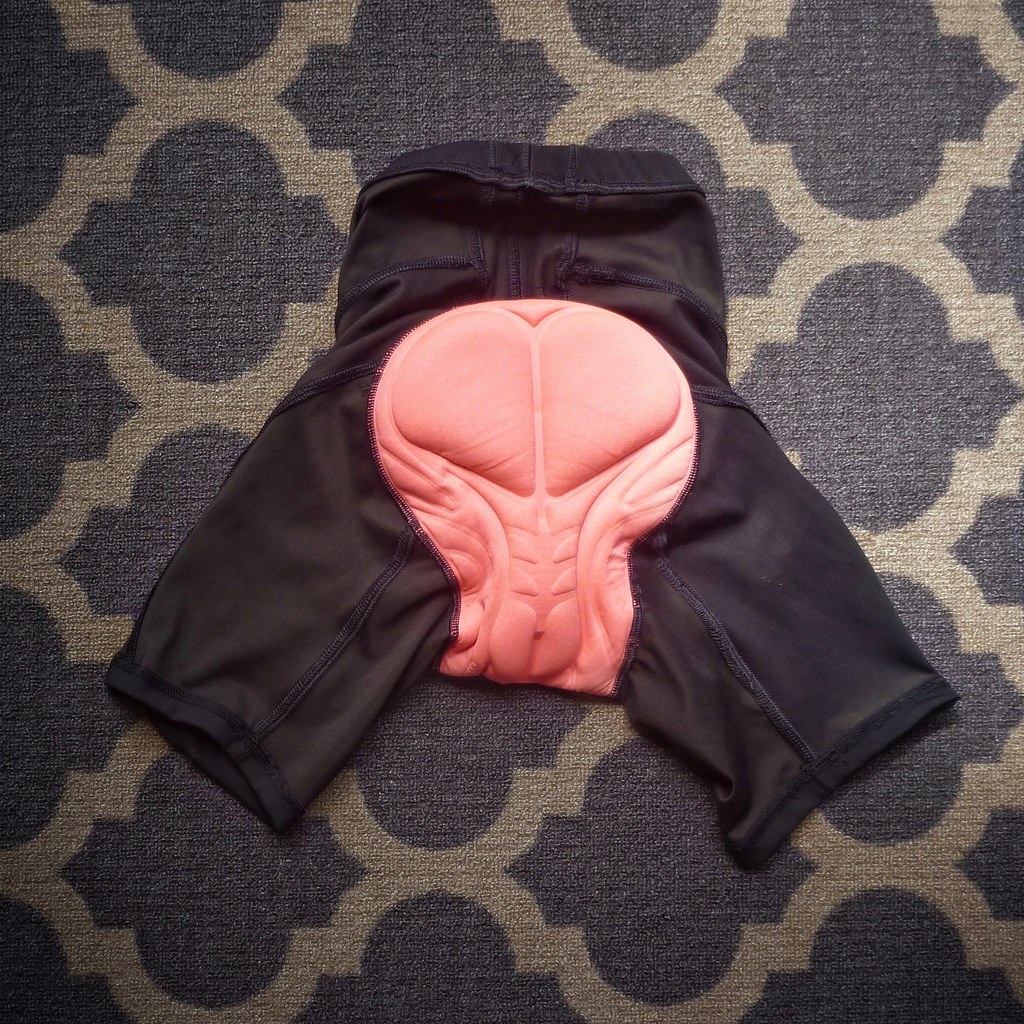 The Panels, Seams, and Pocket

The heft was what came first to my impression after unboxing; coming at close second, was its eye-popping pink, ultra-thick LexyTex 3-D foam pad. None of them matters, though, compared to the evidence of low price that presented itself soon afterward; the panel cutting is uneven, and the stitching is messy—a clear sign of poor quality control. The seams even came loose in few places only after few washes, which worries me about its durablility and longevity—not to mention it looks ugly, too.

There’s another problem with more panels: it requires more seams. Singletrek, just like many cycling short brands out there, claimed that flatlock stitching eliminate irritation. After wearing it on actual ride, however, I found the seams left obvious press marks on my skin nonetheless. The messy stitching of Singletrek Sonic was not the one to blame, however; it was just a proof that flatlock seams, in general, does not work as claimed.

There’s not much to be said about the pocket; it is small—barely fit a small smartphone—and is best used for money and ID, or reserved as emergency measure, just as expected. 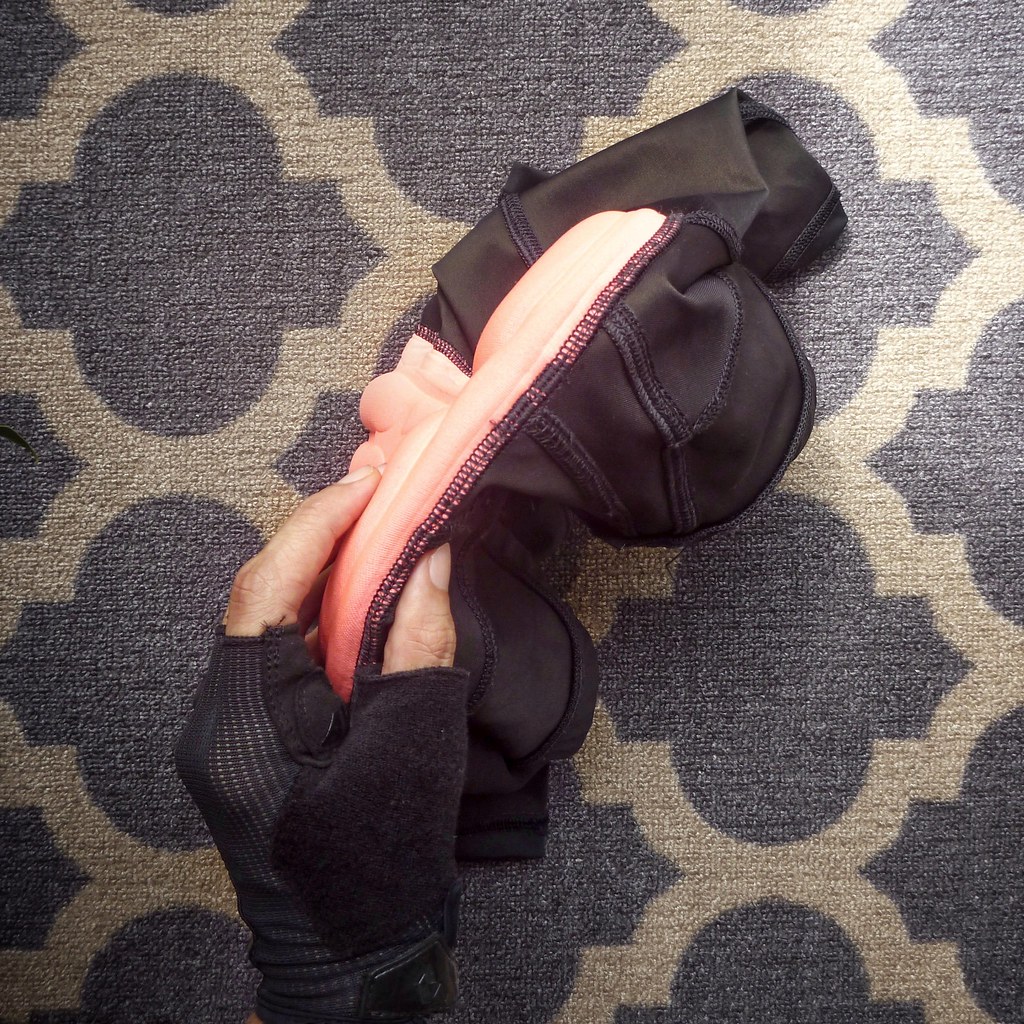 Called Lexytex 3-D, the pad that comes with Singletrek Sonic has no gel insert—it is fully foam. Bright pink color aside, it was the thickness that instantly caught my attention—up to 20 mm on its thickest part, right under the sit bones. While it might feel nice to sit idly on the bike for a while with, I doubted it would provide better comfort for long days in the saddle, as claimed, because as my humble knowledge has it, thicker pad equals thicker insulation, which means hotter crotch; it also means unstable sitting area, which leads to more friction and chafing.

Taking it on a ride uphill comfirmed half of my suspicion: the thick pad sagged as the ride progressed further, that the 3D grooves, aimed to allow better airflow and relieve pressure from sensitive area, didn’t work as intended. The thickness also made the seating a little bit less stable than my previous short, while providing negligible difference in term of cushioning. Together, the pressure and less stability issue can cause discomfort, even chafing, on long climbs.

What I didn’t expect, on the other hand, was the fact that it didn’t feel hotter than my older, thinner-padded short. The pad absorbed moisture well, it kept my nether region dry, even when most of my body parts were drenched in sweat. Keeping the seating area dry, I reckon, helped prevented heat buildup, which led to better comfort. 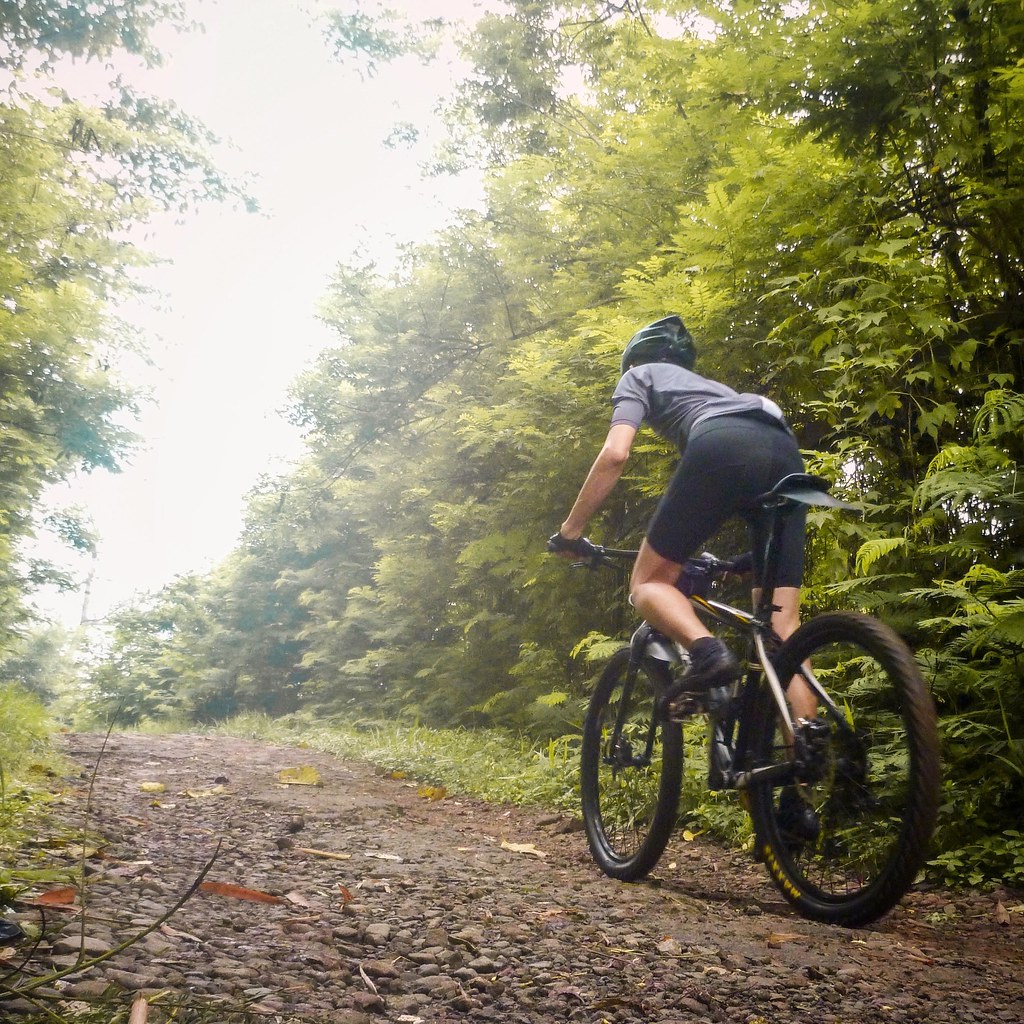 Perhaps the best thing I could attribute to Singletrek Sonic is its close-fitting PolySpanLycra, which feels thick and stiff, but has enough stretch and flexibility that allow it to conform to the rider’s body. Along with the anatomical cut design—despite the uneven panels—it creates a snug-fit short.

Putting on the short took significant effort, which might not ideal when in a rush. Once in place, however, it also requires significant effort to move around, which is a good news. I could just ride hard, I could move freely on the bike, and it stayed firm on its place instead of slowly sliding over time—even without thigh silicone gripper commonly found on other cycling short. It helps improve comfort and chafing prevention, to a degree.

Surprisingly, it didn’t require similar effort to loose down the front part, which helps a lot with going to the loo—a nice touch for those going on long hours ride. 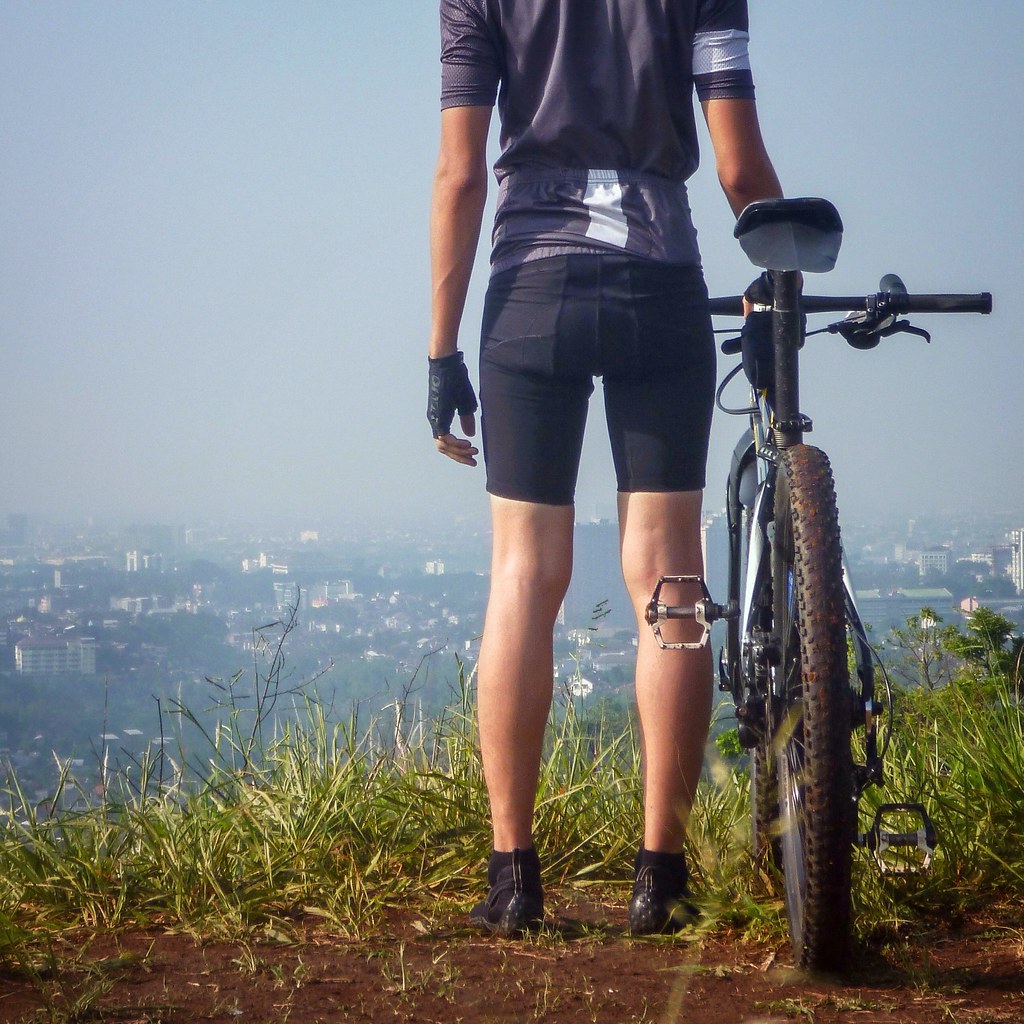 Singletrek Sonic boasted numerous features on its product descriptions. The affordable price, on the other hand, means the manufacturer had to cut corners somewhere. It didn’t take long for me to find where the cut was made; uneven cutting and messy stitching screamed out poor quality control and threatened its durability and longevity, which is a shame.

Not all the features worked as claimed to be. The ultra-thick Lexytex 3-D pad, in this regard, is a hit and miss. Instead of providing more cushioning for better comfort, the thickness sagged under body weight, undermining detailed pressure and airflow channeling of its 3D profile; it also made the seating area less stable than it was supposed to be. On the flip side, the material absorb moisture well, which helps prevent excessive heat buildup in the nether region. The close-fitting PolySpanLycra, on the other hand, along with the anatomical cut design, does deliver its claimed benefit. The snug-fit, and the fact that it stayed firm no matter how hard I ride, do contribute to better comfort overall. The emergency pocket is a nice additional touch, too.

Ultimately, the value of Singletrek Sonic comes down to the price. Those with roomier budget can easily get similar close-fitting anatomical short from other brand with better finish and gel-based pad, for 30% upward additional price. Those with tighter budget, on the other hand, might find cheaper options on the market. While the close-fitting PolySpanLycra, anatomical cut, and small pocket of Singletrek Sonic is worth the extra money, the messy cutting and stitching ultimately hold this product back.