“Are you available next weekend?”

That was the text from my little brother @rizkiardhi_ in one fine afternoon—the text that eventually led to this road cycling trip to Wayang-Windu, the trip we had been planning for awhile.

Offering the ride across plains tea plantation in Pangalengan highland, Wayang-Windu route was one among few roadie-friendly cycling destination in Bandung. Despite the refreshing view and vibe, it wasn’t as popular as Lembang or Tangkubanparahu Entrance Gate, for a good reason; the distance and the total elevation gain means it requires about 8 hours of total trip time—definitely closer to endurance-type ride than those morning quick getaways. But my brother was looking for a 100+ km with good view, so…

It was 5.10 am in the morning when we walked our bike through our parents’ house’s front door. The sky was still pitch black; we turned on the lights and rolled away anyway—we wanted to reach Kertamanah tea plantation as early as possible. The ride started with a gentle, relaxed descent through empty city streets of Saturday early morning, followed by 15 km of constant pedalling across flat city road, until we reached the bustling roadside traditional market in Banjaran. By then, an hour had passed; the sky had turned pale blue.

It was from here, the road began climbing. I’ve tackled Pangalengan climb several times by then, yet I still found them challenging. The average gradient of 3.5% means I rarely need to drop to easiest gearing, but the length of 20 km is fatigue-inducing—especially with constant pedalling and zero stops along the way. With his bike’s lowest gearing of 34 x 28t, my brother needed to mash with low cadence more often, which would fatigue legs quicker—but then his bike was 4 kg lighter than mine overall, which should help with preserving power. Indeed, he led the way along the climb, and he himself never dropped to his easiest gear… 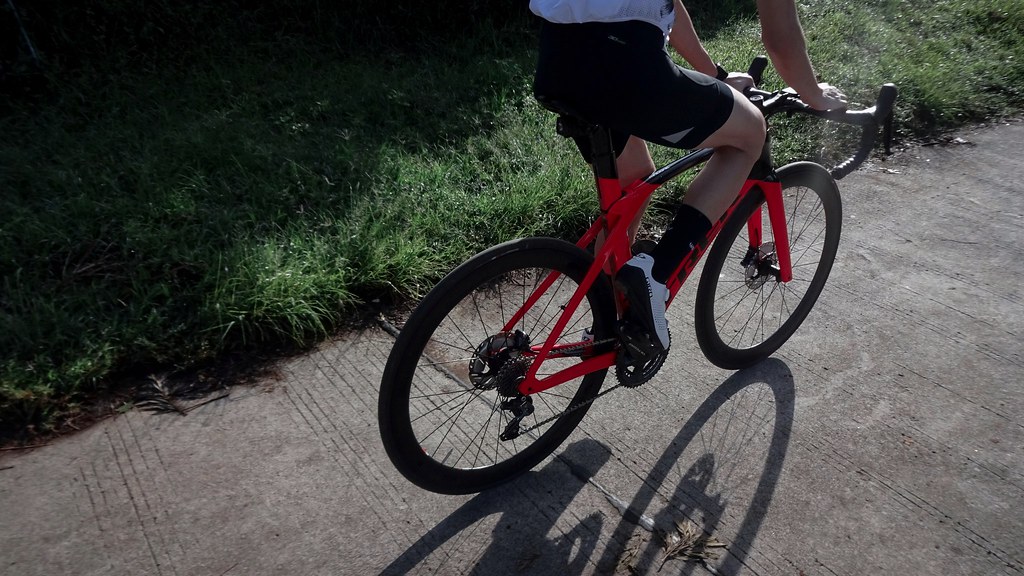 It was 8.35 when we reached Kertamanah road junction, just as we expected. A quick toilet and snack break on nearby rest area were followed by yet another stretch of climb across Kertamanah. The immersive view of hilly tea plantation under golden sunshine, the cool morning air of high-altitude, and the singing of wild birds along the empty road, made the climb a great pleasure, despite similar average gradient (3.7%). Before we knew it, the 5 km climb turned downhill to Kertamanah’s tourism center, from which the road turned uphill once again, which felt somewhat stiffer thanks to its 6% average gradient—even reaching 12% at some points. Still, the overall vibe of the high-altitude plantation made it a joy instead of a chore.

Unfortunately—despite of the rumors I’ve heard—the last km to Wayang Windu Sky Park was still a gravel road, which gradient and looseness were off-limits to my brother’s 25 mm rubbers. His road shoes meant walking the bike uphill wasn’t an option, either. Thus, we made a stop and took a rest next to the Wayang Windu Geothermal Powerplant monument. While not actually a big loss, we honestly wish we could enjoy a glass of hot tea while enjoying the view of whole Pangalengan plains from up there.

After half an hour of relaxing ourselves, we descended the same road we came from with moderate speed—apart from the fact that my brother had to pay attention to occasional speed bumps ad potholes, we wanted to immerse ourselves in the beauty the route had to offer before we left it behind. Still, the descent was much faster than the climb—even more so when we descended twisty Pangalengan main road, all the way to Banjaran. It was here, we enjoyed some cold drinks to cool ourselves; because, by then, the sun had risen high, and we still had to pedal our way 30 km through the city to get back home. 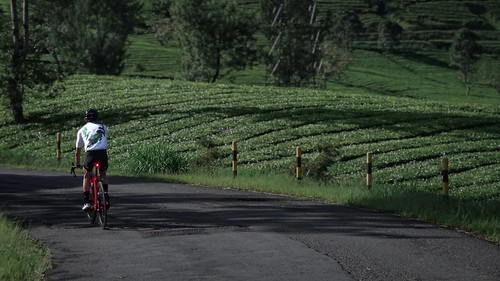 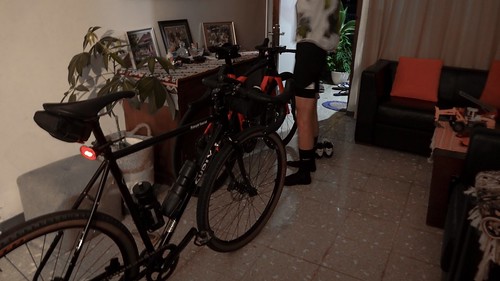 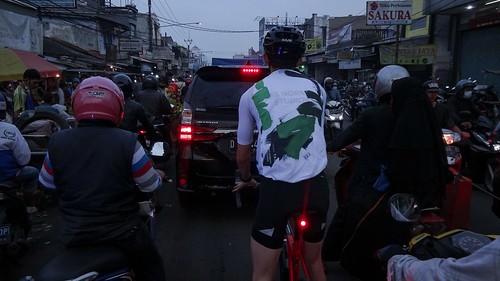 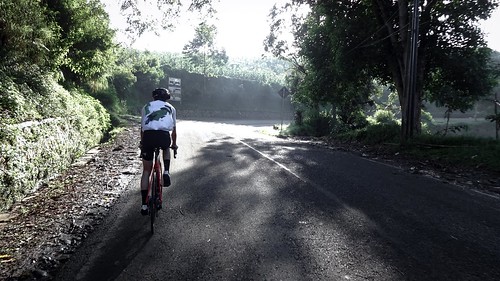 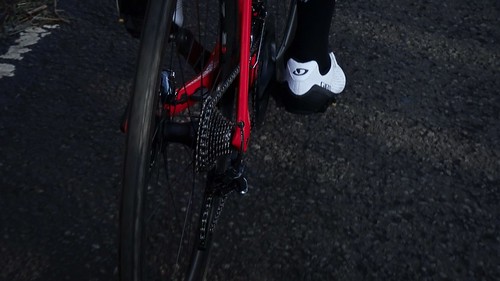 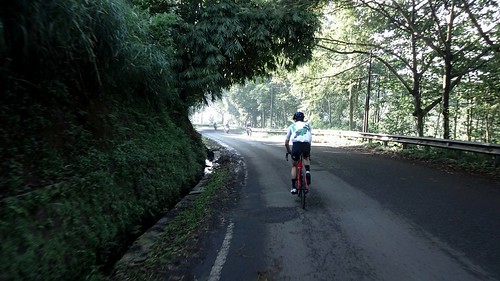 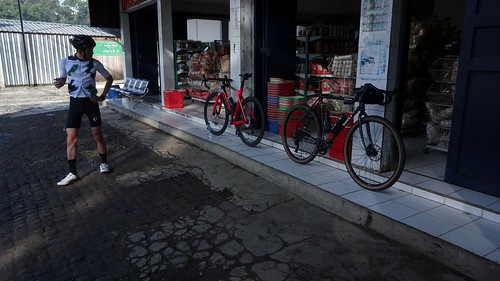 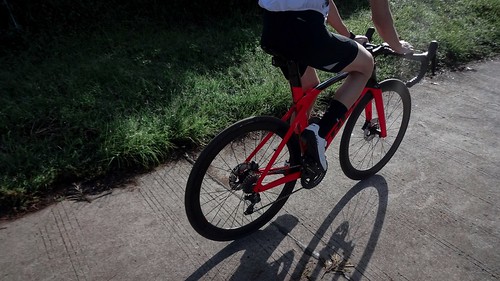 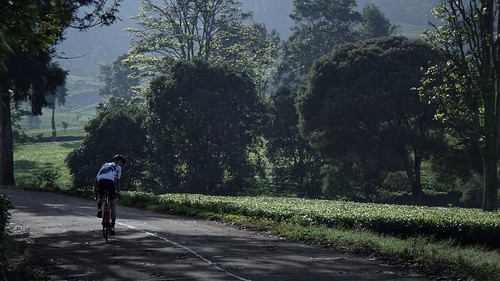 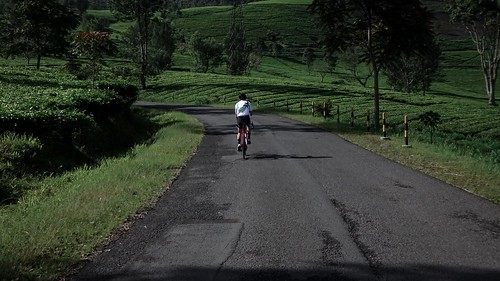 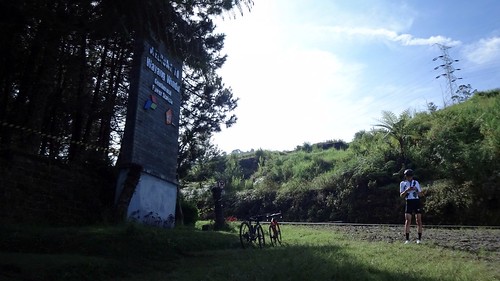 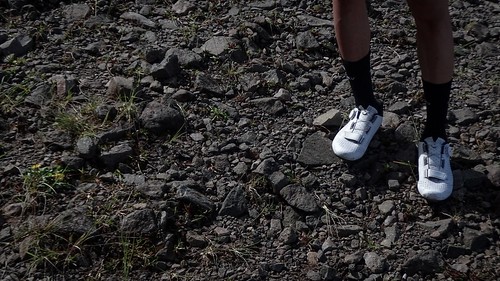 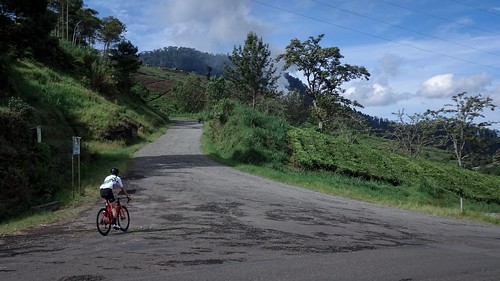 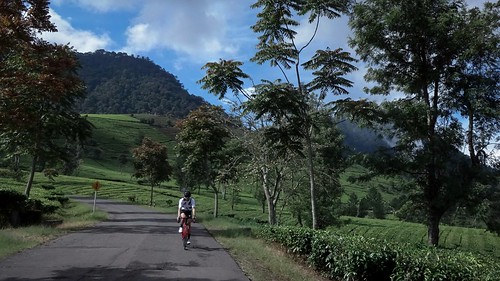 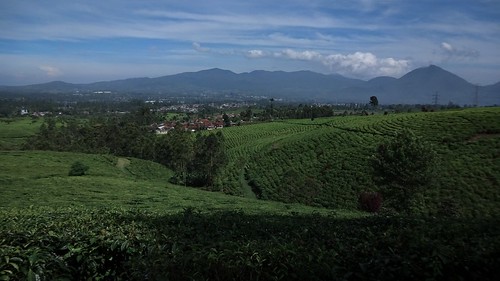 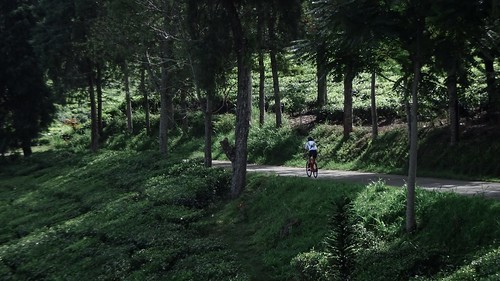 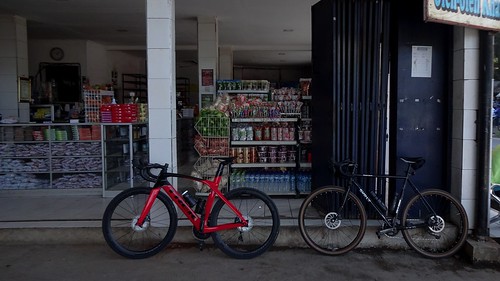